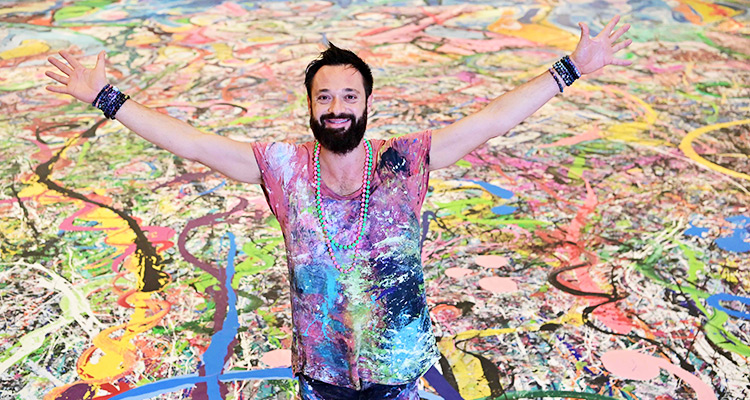 Sacha Jafri stands on his record-breaking painting entitled 'The Journey of Humanity.'

She performed Friday on the almost-completed canvas measuring just under 2,000 square metres (20,000 sq feet), before it is broken down next week into 60 framed works.

His goal is to set a new Guinness World Record for the largest art canvas and raise $30 million to fund health and education initiatives for children in impoverished parts of the world. 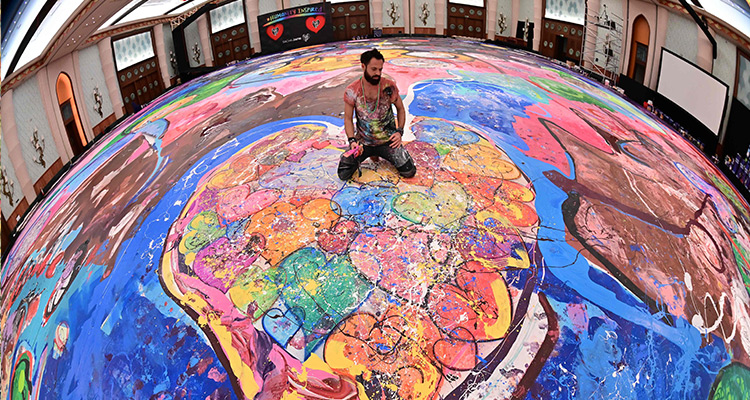 The 44-year-old contemporary artist says he hopes to double that amount when parts of his "Journey of Humanity" work go up for auction in February 2021.

"They will own a piece of the largest painting ever created, but more than that they'll own a piece of history and, ultimately, humanity," Jafri, in paint-splattered jeans and shirt, told AFP. 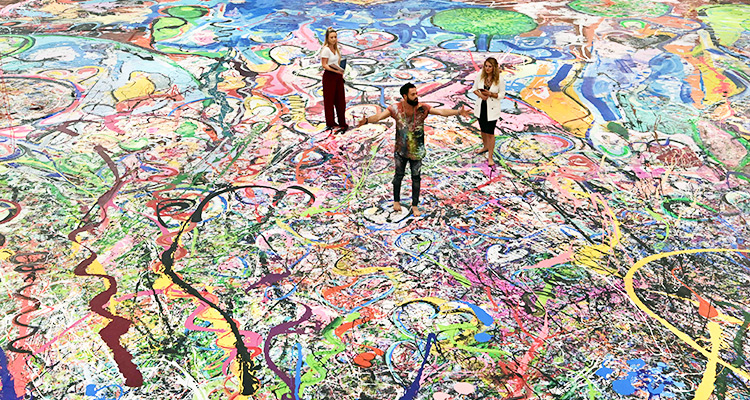 The painting measures the size of two football fields.

"It depicts the soul of the Earth, nature, humanity itself, the love and nurture of the mother, the guidance and protection of the father as they guide their child through life and enable them to feel safe, loved and brave, so they can grow their wings, make their dreams come true and take them into the solar system," Jafri said.

The artist said coronavirus has focused his efforts towards connecting people to counter its impact on children.

Children from 140 countries submitted paintings online to be included in Jafri's creation with its eight "portals".

"I paste those into the circular portals ... I want to take us to a better world through the hearts, minds and souls of our children," said Jafri. 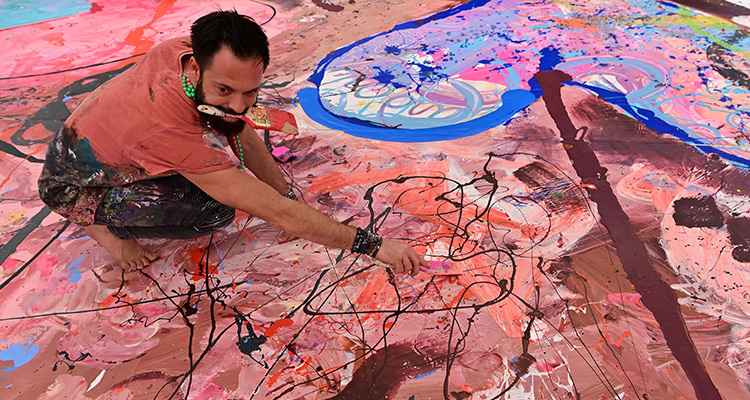 Jafri works on his record-breaking painting.

The children's paintings depicted their own journeys, with many drawing a spikey ball representing the disease.

"Imagine what ... people can do if we actually stopped all the nonsense and realised one world, one soul, one planet," said Jafri, who has four more days to complete the work.

For the day's last show on the canvas, girls and boys performed an acrobatic, interpretive dance to John Lennon's "Imagine", with Jafri on the sidelines giving encouragement.

"Completely intertwine with what's in front of you. Become one," he appealed.