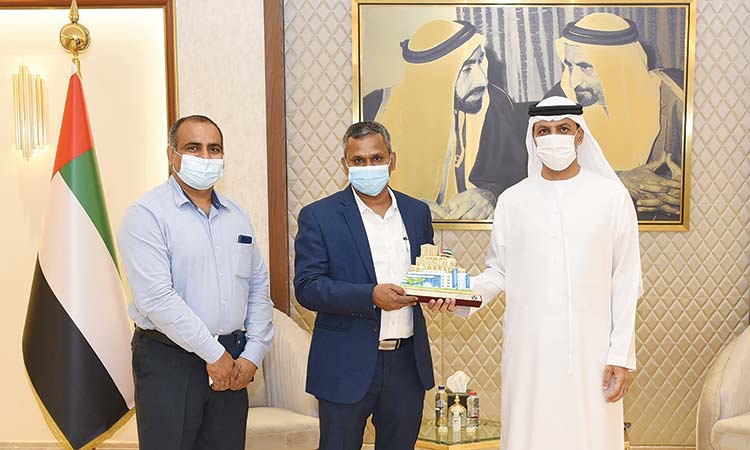 Ahmed Mahboob Musabih during a meeting with Indian officials in Dubai on Wednesday. WAM

Dubai’s external trade volume with India reached Dhs67 billion in the first half of 2021 alone, compared to Dhs89 billion in 2020, Dubai Customs announced on Wednesday.

“This reflects the weight and significance of Dubai as a global hub for trade and tourism relying on its advanced logistics and customs infrastructure thanks to the wise vision and directives of His Highness Sheikh Mohammed Bin Rashid Al Maktoum, Vice President, Prime Minister and Ruler of Dubai,” said Ahmed Mahboob Musabih, Director-General of Dubai Customs, during his meeting with K. Kalimutu, Indian Consul General for Trade and Economy to Dubai.

The role of Dubai Customs in ensuring the success of Expo 2020 Dubai and the advanced services and facilities that Dubai Customs delivers to clients were highlighted in the meeting. Developing trade during the pandemic while following all precautionary measures was also discussed.

The parties discussed means of cooperation benefiting from projects and initiatives launched by Dubai Customs to boost its relationships with the diplomatic missions and strategic trade partners. These initiatives included Ertebat, which aims to enhance ties and coordination with the diplomatic missions in order to augment the emirate’s external trade. During the meeting, the parties agreed to benchmark between Dubai Customs and the Customs of India to find the best practices applied and exchange expertise and knowledge.

Musabih added, “We work hard to deliver best services and facilities to all the participants in Expo 2020 Dubai to help in recovering global economy. We highlighted our initiatives in this regard to our Indian strategic partners. These include the exclusive Expo Smart Channel, and the Expo Customs Office, which Dubai Customs dedicated to participants in this global grand event.” He also said that trade with India is gaining more weight and importance in the coming period due to the growing role India plays in the global trade stage, especially in this period in which the UAE is proceeding to achieve its bold initiatives, including the UAE Centennial Plan 2071.

For his part, Kalimutu expressed his happiness for the efforts Dubai Customs makes to drive mutual trade activity, and said Indian diplomatic missions are eager to enhance relations with Dubai and develop cooperation to drive trade exchange.

Etihad Cargo’s tonnage up: Etihad Cargo, the cargo and logistics arm of Abu Dhabi’s Etihad Aviation Group, has reclaimed 90 per cent of its pre-COVID destinations and recorded a 20 per cent increase in tonnage compared to the same period in 2019, according to the company’s press release on Wednesday.

“Etihad Cargo has maintained network operations throughout the pandemic and provided appropriate capacity to cater for demand on key routes, which has resulted in a significant increase in tonnage being carried across the global network,” explained Martin Drew, Senior Vice President Sales & Cargo, Etihad Aviation Group.

“The commitment to expanding operations and provision of additional support to customers where there have been capacity shortages has seen Etihad Cargo carrying more on fewer routes than pre-pandemic. During the coming months, capacity growth is expected to continue, supported by the reintroduction of Etihad Airways passenger flights.” In the past month, Etihad Airways introduced flights to Malaga, Mykonos, Santorini, Phuket and Vienna, providing additional belly-hold capacity between Europe and Asia.

Charter operations and a cabin loading initiative - which saw the carrier modify five of its Boeing 777 aircraft by removing seats to provide additional capacity on key routes such as Dhaka and Ho Chi Minh City - have enabled the Abu Dhabi-based carrier to service increased Asian demand.

“Record loads have recently been achieved on a number of Asian flights, including more than 58,000 kg from Dhaka and 52,000 kg from Ho Chi Minh,” added Drew. “These loads, with increased capacity enabled by cabin loading, were bound for Middle Eastern and European destinations via Etihad Cargo’s Abu Dhabi hub - a clear demonstration of the carrier’s determination to continue facilitating a global trade recovery.” Year-to-date, Etihad Cargo has operated over 200 charter flights to 30 destinations not serviced through its network, 20 per cent of which were on behalf of the UAE Government. Since January 2021, Etihad Cargo has operated charter services to countries including Bosnia and Herzegovina, Comoros, Equatorial Guinea, Democratic Republic of Congo, Mozambique, Senegal, and others across Asia, Africa, Europe and the Americas. 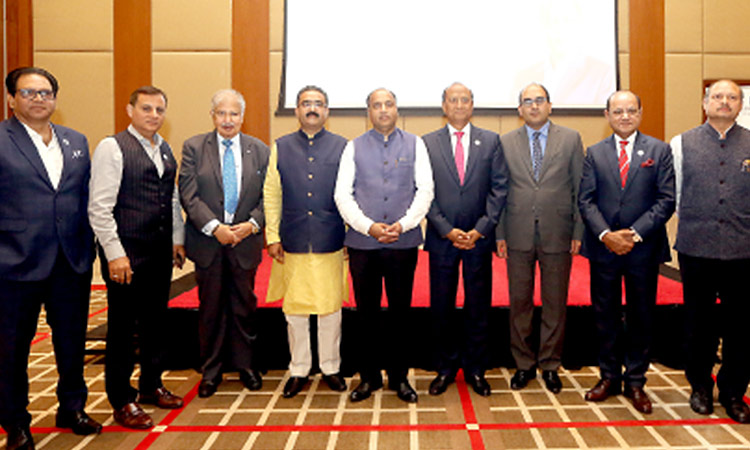 Chief Minister of the north Indian State of Himachal Pradesh, Jai Ram Thakur, has urged Indian business leaders in the UAE to participate in the development of the state by investing in promising sectors and assured them attractive returns on their investment.