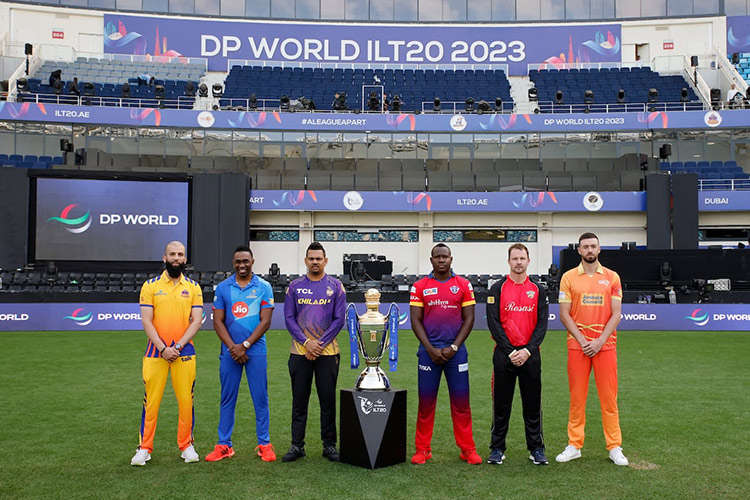 Captains pose with the trophy on the eve of the DP World ILT20.

Dubai Capitals and Abu Dhabi Knight Riders (ADKR) will get the ball rolling in a mouth-watering clash to kick-start the star-studded DP World International League T20, which is set to enthrall the fans with some fascinating performances for a month from Friday.

The league, which boasts of six teams and 34 matches, will be played across three major venues – Sharjah, Dubai and Abu Dhabi.

World-class batsmen – the prima-donnas of modern cricket – will bid to mesmerise the aficionados with some captivating display of prowess and powerful hitting to satiate their insatiable appetite for boundaries.

While the bowlers – who have been reduced to the role of expendables – will use all their energy and craftsmanship to stop, dodge, intimidate and dismiss the batters and underline their presence and utility in a sport which is predominantly dominated by the batsmen.

Three of the six teams in the tournament come from Indian Premier League (IPL) franchises of Delhi Capitals, Knight Riders and Mumbai Indians while Indian billionaire Gautam Adani is set to make his maiden foray into the franchise cricket with his venture in the DP World ILT20, with the launch of Gulf Giants under the banner of Adani Sportsline.

The match will take place following a glittering opening ceremony, which will be attended by Shahrukh Khan along with other dignitaries.

Superstar Badshah and megastar Jason Derulo will dazzle the crowd with their glamorous performances at the opening ceremony.

Badshah will keep the fans on their toes with his most popular numbers like Voodoo, Players, Jugnu, Mercy, and Kala Chashma along with a visually-stunning troop of 40 dancers supporting him.

Both Abu Dhabi Knight Riders (ADKR) and Dubai Capitals (DC) will look to kick off their campaign on a winning note to set the tone for the rest of the tournament.

ADKR captain Sunil, who is also the skipper of KKR, expressed his contentment with the line-up.

“Most of the players are from KKR and we are well accustomed to playing with others. There is a bonding in the team and we gel well together. So, I think it will not be difficult to manage the team,” said Narine.

"I always love to play in the UAE. We have trained hard as a group in the last few days and we are absolutely ready to take on our first challenge.

“Having family here is great as we can do a little bit of sightseeing during our downtime instead of just relaxing in the room,” he concluded.

Rovman Powell, skipper of the Dubai Capitals, urged everyone to use the opportunity to improve, especially the UAE players.

“This is the start of something special. This is a good chance for the UAE players to showcase their talent. The DP World ILT20 is a good launching platform for them and hopefully, they'll utilize this opportunity,” said Powell.

Moeen Ali, skipper of the Sharjah Warriors, said he will look to cash in on his experience of playing in the UAE. Moeen recently skippered the SAMP Army in the Abu Dhabi T10. He has played a lot of cricket in the UAE before as well.

“It is always an advantage to be familiar with the conditions. I recently played in the AD T10, so I know the condition of the pitches and everything. I will try to use that experience in this tourney.

“However T10 is altogether a different format where you don’t get too many chances while in T20 cricket you can plan your game. But as a professional we have to adapt as per the situation,” said Moeen.

"We'll look to play some good cricket and we are here to win. We want to do well particularly in Sharjah since it's our home ground. We'll look to enjoy cricket and also be competitive at the same time,” he added. 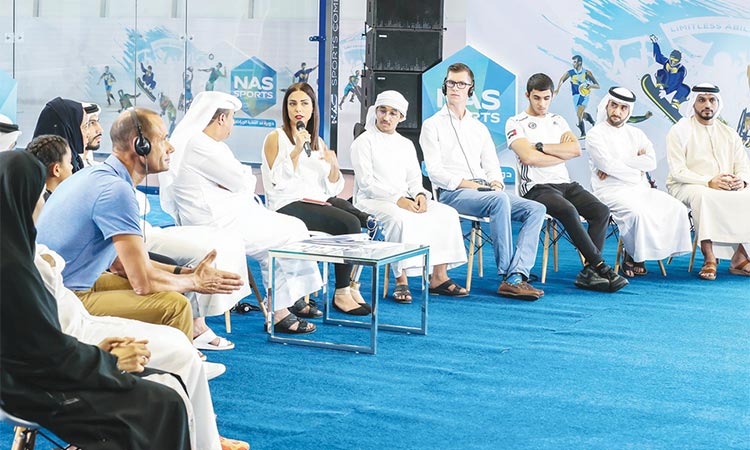