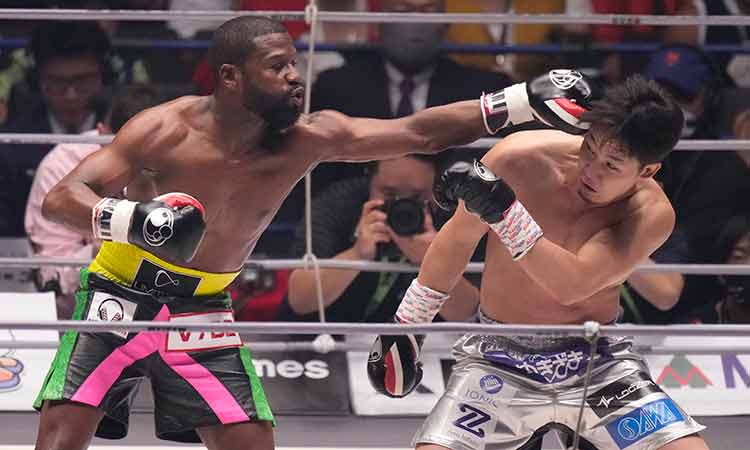 Exclusively broadcasting on PPV, this event looks to be a historic moment in the UAE sporting calendar due to its headline bout that pits the sports legend – Floyd Mayweather against the Gen-Z YouTube sensation turned pro-boxer Deji.

This revamped epic boxing match will take place at the Coca-Cola Arena on November 13, with a private weigh-in event on November 12.

Keeping in line with Global Titans' vision of bridging the world of music and sport, the event will see titans from the boxing world, and superstar entertainers meet to create an unforgettable spectacle that will be broadcasted to millions worldwide.

Mayweather commented on his upcoming appearance, “I am delighted to bring this incredible boxing experience to Dubai. Global Titans will give fans an unrivalled boxing match with a huge undercard. It is an honour to be a part of such an iconic event in an iconic city, and I would like to thank the Global Titans team for reaching out to me and giving back so much to the sport I love.”

Global YouTube boxing star Deji said: “Huge thanks to Global Titans and my team for creating this incredible opportunity. It’s a privilege to be headlining this phenomenal spectacle in Dubai, against the all-time great 'Floyd Mayweather". This is going to be fun!”

The Global Titans Boxing Academy, to launch in 2023, is designed to provide the opportunity for the next generation of young boxers to be mentored and trained by some of the best boxing coaches and trainers on the planet.

The academy will provide aspiring fighters with opportunities to participate in a global roster of events and give them a career path in professional boxing.