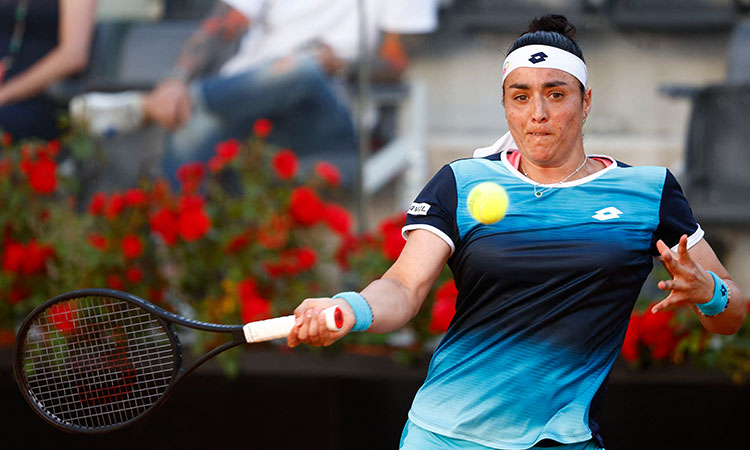 Ons Jabeur returns the ball during her semi-final match against Daria Kasatkina in Rome, Italy, on Saturday. Reuters

Tunisia's Jabeur became the first Arab or African player to claim a WTA 1000 title with her stunning victory in Madrid, and now she has the chance to make more history against Swiatek after another glorious comeback win on centre court in Rome.

Having won the first set in fairly comfortable fashion world number seven Jabeur was clattered from pillar to post by unseeded Russian Kasatkina.

Having levelled the match Kasatkina then looked a certain winner and had match point on her own serve in game 10 of the third set. 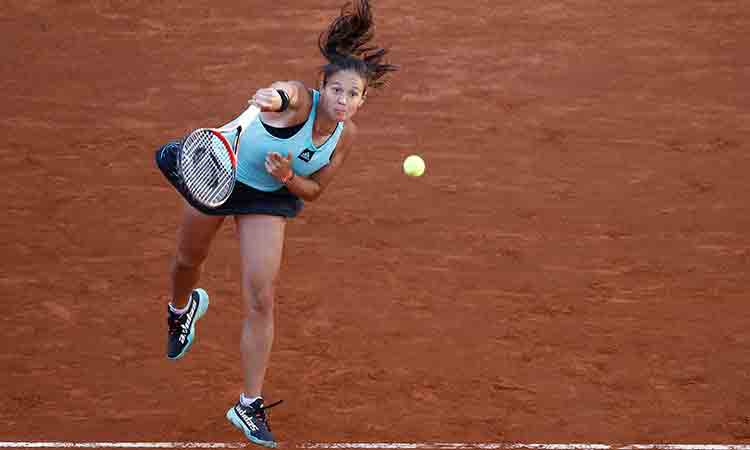 Daria Kasatkina returns the ball to Ons Jabeur during their semifinal match. Reuters

However Jabeur saved the point and won that and the next two games to book her place in the final alongside Swiatek, who looked in unstoppable form in beating Aryna Sabalenka in straight sets 6-2, 6-1.

The win was similar to her quarter-final win over Maria Sakkari, where she came back from being a set down and behind 5-2 in the second to make the semis.

World number one Swiatek is gunning for a fifth consecutive tournament win and swatted Sabalenka aside in one hour, 16 minutes to claim her 27th win on the bounce, a tally last reached by Serena Williams in 2015.

"I'm just constantly surprising myself that I can do better and better," Swiatek told reporters. "I feel like I actually can believe now that the sky's the limit. That's the fun part."

Stefanos Tsitsipas is in the men's final after beating Alexander Zverev 4-6, 6-3, 6-3 in an entertaining last four battle in Rome.

Monte Carlo Masters champion Tsitsipas impressed on a boiling hot centre court at the Foro Italico, continuing his dominance of two-time ATP Finals winner Zverev to reach his first ever final in the Italian capital. 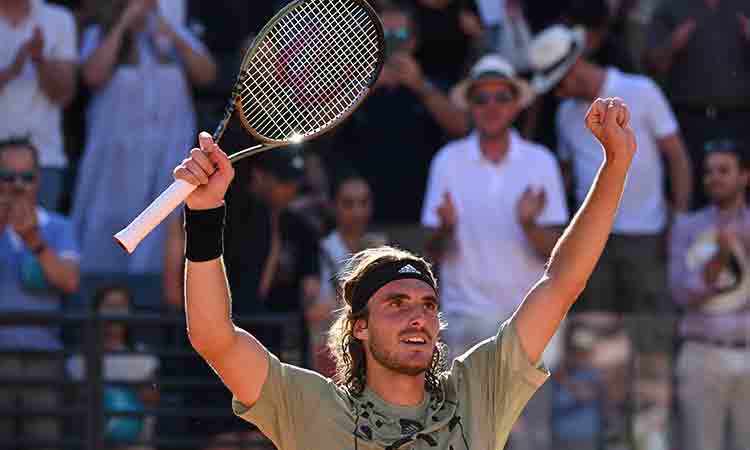 "The heat hasn't been easy, it has been pretty rough out here," Tsitsipas said after the match. "There's a lot of history playing on these courts and you feel very proud that you've made your way here and are able to participate in such a historically rich event."

Saturday's clash was the third semi-final between the pair in the space of a month after they shared the honours in Monte Carlo and Madrid.

Tsitsipas came into the match having won seven of the pair's 11 matches and with a 3-1 record on clay against Zverev, and he fought back from a set down to book his place in the final and a probable showdown with Novak Djokovic.

"I got a little bit tired, to be honest," Zverev told reporters. "I played the final Madrid. Played long matches here. I mean, I'm not a machine. I'm a human being. This is normal."

Top seed Djokovic is chasing a sixth title in Rome ahead of Roland Garros later this month and faces Casper Ruud later Saturday.

He secured a record-extending 370th week as world number one with his straight sets victory over by Felix Auger-Aliassime on Friday night.

Should Djokovic get through it would be a rematch of his and Tsitsipas's final at last year's French Open, a five-set thriller eventually won by the Serb. 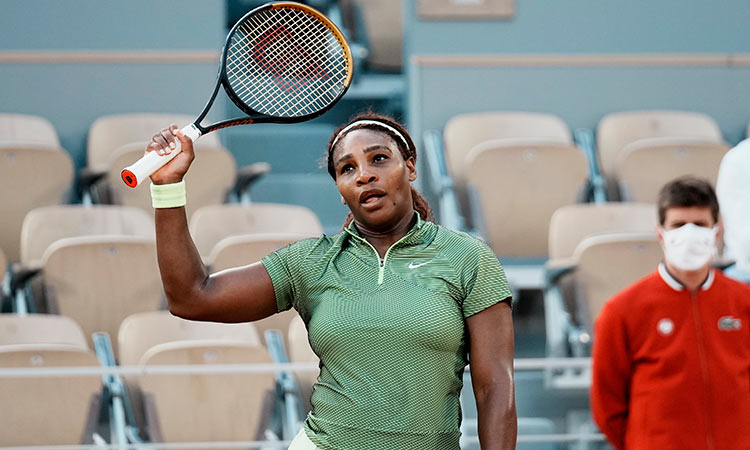 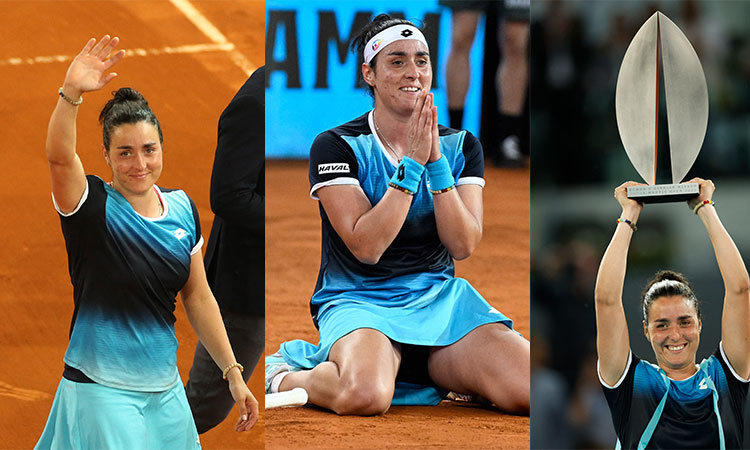 Ons Jabeur's long-stated goal is that her historic exploits on court lead to more Arab women taking up tennis — becoming the first Arab player to win a Grand Slam in next month's French Open final would do wonders to achieve that.