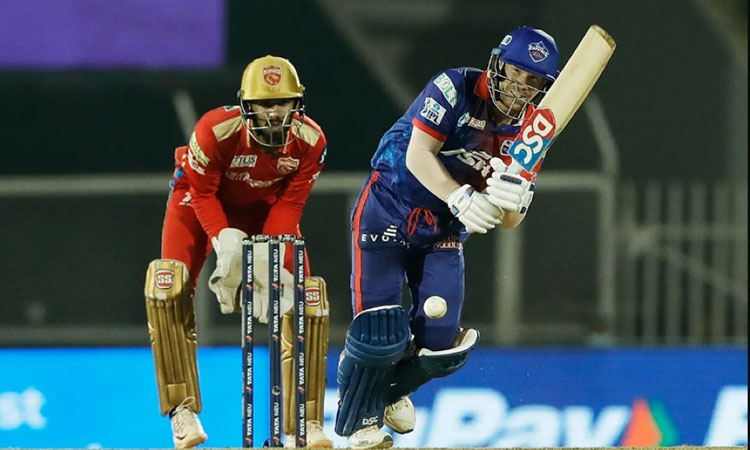 Virus-hit Delhi Capitals put up a splendid performance with both the ball and the bat to beat Punjab Kings by nine wickets in the Indian Premier League (IPL) on Wednesday.

The organisers had to move Delhi’s match from Pune to Mumbai after several members of the team tested positive for COVID-19, including Australian all-rounder Mitchell Marsh.

But Delhi spinners Axar Patel, Lalit Yadav and Kuldeep Yadav shrugged off the absences by sharing six wickets between them to bowl out Punjab for 115.

David Warner then smashed his 53rd IPL half century -- his third in the last four innings -- as the left-hander stayed unbeaten on 60 off just 30 balls and carried Delhi to 119 in just 10.3 overs.

"The bowlers did a fantastic job to make ours easier,” Warner said. "We had to go big in the powerplay, credit to our bowlers to getting them out. I was just trying to be positive and am happy to have played with Shaw.”

Warner shared a blistering 83-run first wicket stand with Prithvi Shaw (41) as they raised Delhi’s best ever score of 81 runs in the batting powerplay during the IPL.

Shaw swept hard at Rahul Chahar soon after the batting powerplay ended and was caught at deep midwicket before Warner sealed the comprehensive win for Delhi with his 11th boundary.

After being put in to bat, Punjab started off confidently as they raced to 27-0 inside the first three overs. However, Delhi struck four times in the next fours overs as Punjab slipped to 54-4.

Captain Mayank Agarwal chopped on Mutafizur Rahman back onto his stumps after scoring 24, Shikhar Dhawan was caught behind and Liam Livingstone lasted only three balls before Patel had the Englishman stumped.

Kuldeep and Lalit then ran through the tail quickly as Punjab lost its last five wickets for 25 runs with No. 10 batter Arshdeep Singh getting run out off the last ball of final over.

Delhi’s brisk chase lifted it to sixth place in the points table with six points from six games while Punjab, which has played seven matches and has also won three games, slipped to No. 8.

"We did not bat or bowl well and we have to put this behind,” Agarwal said of Punjab’s heavy loss. "Losing too many wickets too early, but I do not want to dig too deep as the more we do it, the more the negatives that will come.”

Delhi Capitals skipper Rishabh Pant said they overcame "nervousness" after a Covid outbreak in the camp to keep their focus and hammer Punjab.

Seifert became the second overseas player of the side to test positive after Australia all-rounder Marsh who was admitted to hospital on Monday. Four support staff members have also contracted the virus.

"Obviously there was confusion in our camp because in the morning we got to know that Tim is also positive," Pant said.

"There was some confusion, nervousness and 'What are we going to do now' feeling, but we spoke in the team meeting and pointed out on what we can focus."

"He (Ponting) told us that we can either think about our lack of preparation and what has happened or think that this is not in our hands and just remain committed to the match," Axar told reporters.

"So we kept a positive mindset, focused on the game and just went ahead with it."

India has recorded a jump in the number of Covid cases in recent weeks but the spike is nowhere near the peak seen between March and May last year.

Thousands of Indians died of Covid every day in 2021, when the IPL began in India but was moved to the UAE.

Delhi's next match will be against Rajasthan Royals on April 22 at the Wankhede Stadium, shifted from the original venue of MCA Stadium in Pune. 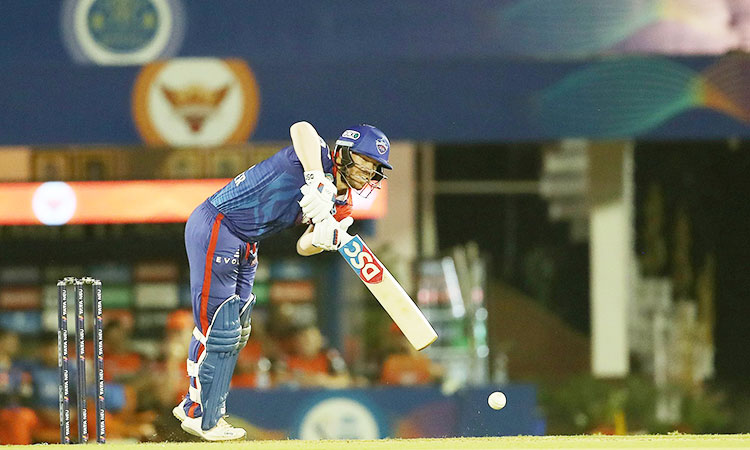 Chasing a huge target of 208, Pooran struck 62 off 34 balls, 4x2, 6x6, while Markram scored a brisk cameo but in the end, their efforts were not enough as Sunrisers Hyderabad could manage only 188/8 in 20 overs.