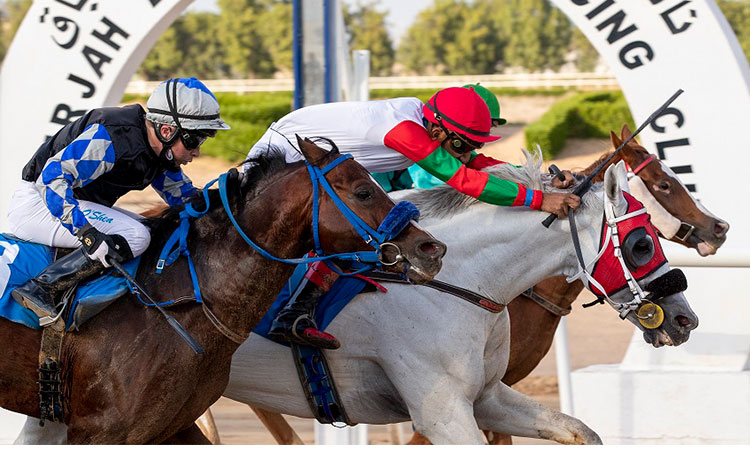 A first UAE runner for both trainer Fahad Al Hajri and owner Musabah Ali Musabah Al Maamari, the 8yo entire led halfway up the straight but was pressured throughout the final 150m by both AF Sanad and Shareq Al Khalediah, the winner having just enough to cling on for jockey Amur Al Rasbi, riding his first local winner at the eighth attempt.

The horse has now won six times, a third of his 18 starts, and is clearly versatile with his previous success over 1400m on turf last December.

Amur Al Rasbi said: “That was brilliant and I am delighted for everyone involved and to take this prestigious race for Oman.”

For fillies and mares foaled in the UAE, the opening 1700m handicap was contested by just a field of four with Ernst Oertel saddling the 1-2 for Khalid Khalifa Al Nabooda, the owner’s retained jockey Tadhg O’Shea aboard winner AF Nashrah, chased home by stable companion AF Mahaleel.

Racing in second for the majority of the race, O’Shea took the homebred 5yo mare to the front with about 550m remaining and they stayed on resolutely to land the spoils, a third career success for the winner who also scored, over the same course and distance, on her seasonal debut at the end of October.

An identical race but for colts and geldings followed with owner and trainer again supplying first and second. However, O’Shea had to settle for the minor honours aboard AF Musannef who was never able to get past stable companion AF Mezmar who made every post a winning one under Antonio Fresu.

Also homebred by Al Nabooda, the 6yo entire was registering a fourth victory, all at Sharjah and winning over this 1700m for the second time. Also limited to horses born locally, a 1000m handicap went to Algharbi, Fernando Jara, sporting the silks of Saif Asheer Al Sulaman Al Mazrouei, delivering the 8yo homebred entire to hit the front well within the final 150m for trainer Abubakar Daud.

Runner-up in a similar course and distance handicap just last week, Jara’s mount was posting a second career success, adding this prize to a 1400m Al Ain maiden on what was his racecourse debut in February 2017.

The Al Nabooda, Oertel and O’Shea trio were then back in the winner’s enclosure after a 2000m maiden, the gutsy AF Mukhrej digging deep to deny local debutant Shamakh who looked the likely winner when hitting the front at the top of the short straight.

However, having been headed O’Shea found he had a very willing partner, the pair battling back to regain the initiative where it mattered, a deserved first victory for the 5yo homebred whose previous ten starts had seen him finish second four times, including both appearances this season, the first over this 2000m track and trip.

“Full credit to the horse,” O’Shea said. “He has really tried for me and done well to battle back against a decent young horse.” 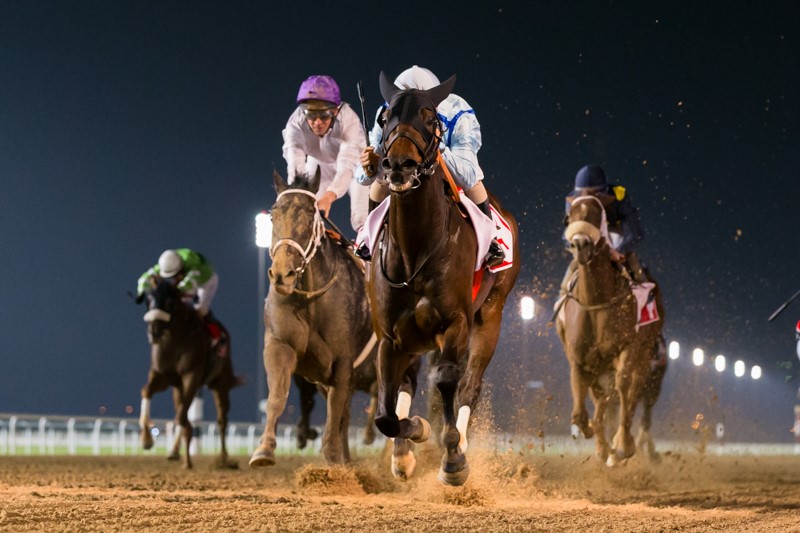