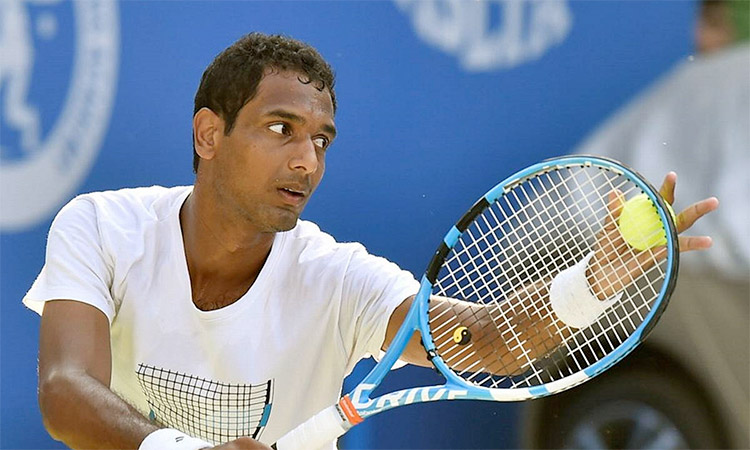 Ramkumar is the first Indian player to reach an ATP world tour singles final since Somdev Devvarman in 2011. He plays both singles and doubles games and is well known for his attacking serve, which will be a great asset in the Tie Break Tens (TB10s) short-form of the sport.

“Ramkumar is a great addition to the inaugural Dubai TB10s line-up, and is sure to be a particularly big attraction for the UAE’s passionate Indian sports fans. He has a very aggressive style on the serve and second shot, so he is another player that promises to do well with the tie breaker format. Whoever he is pitted against, one thing is for sure – it’ll be quick and dramatic,” said Jimmy Poon, Tournament Director of the Tie Break Tens Dubai Presented by Zone.

As the build-up to the Middle East’s first ever TB10 tennis tournament continues, the organisers have also announced the launch of the inaugural TB10s Dubai Grassroots Junior Tournament, in partnership with title sponsor Zone. This exciting new competition will culminate in some of the UAE’s best young players battling it out in the finals ahead of the main tournament itself on the evening of Oct.22 at Dubai’s Coca-Cola Arena.

Qualifying rounds are taking place each Friday leading up to the main event at the Coca-Cola Arena in Dubai’s City Walk. The TB10s Dubai Grassroots Junior Tournament will further support young UAE talent in the sport, with the finals for the under-18 competitors, girls and boys, set to take place in front of the international stars and a packed arena on the night of the main event.

The Tie Break Tens format is the only officially recognised short form of tennis. It is already proving extremely engaging for the participating youngsters, who enjoy its dynamic, fun nature, and easy-to-understand rules.

Up to 16 players of ages ranging from 12 to 18 are competing in each of the Friday tournaments, drawn from tennis academies and schools across Dubai. The first sessions have been a huge success with stiff competition among the boys and girls. The finals will be played between the players who accrue the most points across the three weeks.

As well as the Friday competitions, a tennis clinic will be held the day before the main TB10s evening for competition winners from schools in Dubai.