UAE look to bounce back against Iraq to revive faltering campaign 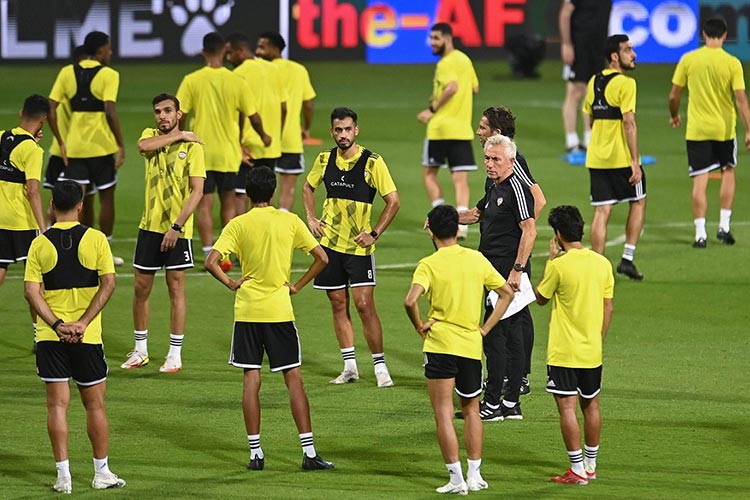 UAE coach Bert Van Marwijk gives instructions to his players during a training session ahead of their 2022 Qatar World Cup qualifying match against Iraq.

The UAE will look to end their winless streak when they take on Iraq in their 2022 Qatar World Cup qualifying match on Tuesday.

The UAE still have to notch up their first victory in the third round of the qualifiers. They are lying at the third spot with just two points from three games.

The UAE coach Bert Van Marwijk said he is wary of Iraq and predicted a tough game.

"I have enough information about the Iraqi national team. They are a good team with excellent players. From our side, we are ready for this important clash, and I think the opportunity is there and we will fight for it," said Marwijk.

The UAE have drawn two and lost one match in the third round. They were held to goalless draw against Lebanon in their first opening match of the final round. After scoring 15 goals in four matches in the previous round, the UAE failed to open the account against Lebanon, who are 98th in FIFA rankings.

They could not penetrate the tight defense of Lebanon and spurned a golden chance to open their campaign with a victory and set the tone for the rest of the tournament. After the match, the UAE coach Van Marwijk had said: “It is just the first match, there are still nine games to go.”

However, in their second game against Syria, the UAE again failed to open their account and were held to a 1-1 draw as they procured two points with two draws from as many matches.

After a prolific performance in the previous round where the UAE went on to win four matches in a row to advance to the third and final round, they were expected to beat both Lebanon and Syria easily.

They were beaten by a charged-up Iran in the third match on their home turf at the Zabeel Stadium.

Van Marwijk conceded that the recent performance had dented the confidence of the team but vowed to come back stronger against Iraq.

“The defeat against Iran affected the morale of the team, and all the players suffered both physically and mentally. The team has succeeded in overcoming the effects of the loss and recovered quickly and preparing for the Iraq match.

“I have full confidence in the team and believe that they will put up a winning performance and bring the campaign back on track,” he added.

The UAE had suffered a major injury blow ahead of the Iran match as captain Walid Abbas and midfielder Ali Salmeen, who were nursing niggling injuries, had to sit out.

With the victory, Iran maintained their grip on the top spot after notching up three successive victories from as many games. They are followed by South Korea in the second spot with seven points after two victories and one draw.

The loss against Iran pegged back UAE further and opened a huge gap between the UAE and top two teams Iran and South Korea. Now, the UAE will have to do a lot of catching-up to keep their hopes alive for the direct qualification for the showpiece events to be held in Qatar in 2022.

Though there are still seven matches to go, the task becomes tough after losing out on the early advantage. The UAE will have to play every game as a must-win match to close the gap on Iran and Korea and boost their hopes of finishing in the top two places and avoid the jitters of grueling series of playoffs. They will also have to depend on the results of Iran and Korea.

However, they will try to bounce back from the disappointment of Iran’s defeat and put their faltering campaign back on the track with a victory over Iraq, who are at fifth place just one above Syria, who are at the rock bottom with just one point, which they got with a draw against the UAE.

The competition is so tough that the UAE, Lebanon and Iraq all have just two points each and are sitting at the third, fourth and fifth places due to the goal difference.

The UAE player Muhammad Al Attas said: “We have overcome the effect the loss and now our focus is on the next match against Iraq
We will do everything to get the desired result." 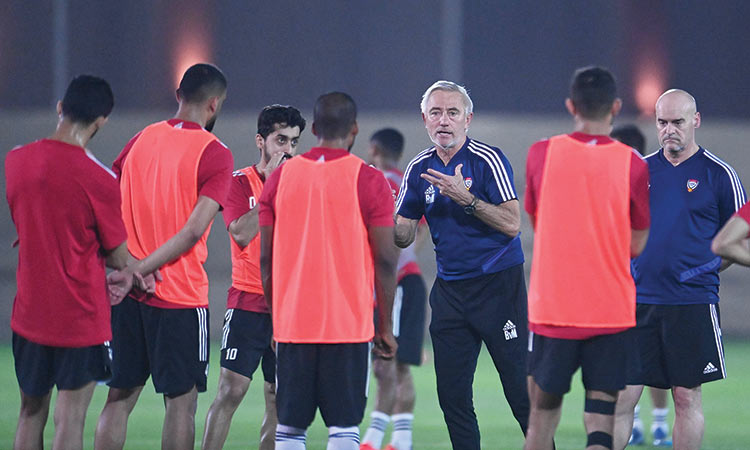 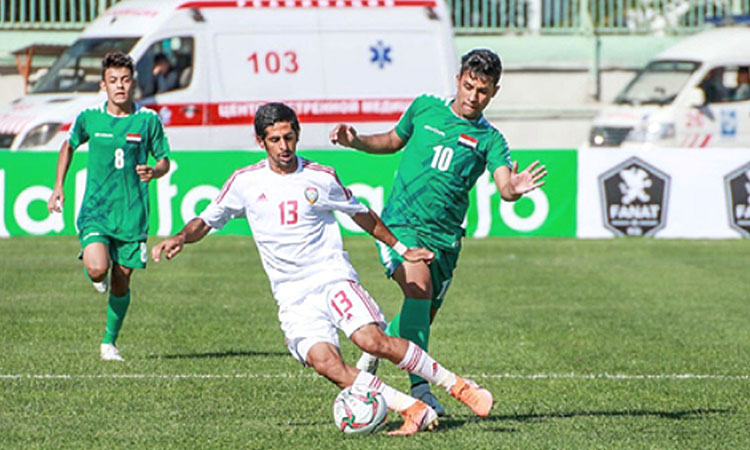 Bishkek: UAE defeated Iraq 1-0, while hosts Kyrgyzstan came from behind to beat Lebanon 3-2 in Group F of the AFC U-16 Championship 2020 qualifiers at the Dolen Omurzakov Stadium on Wednesday. 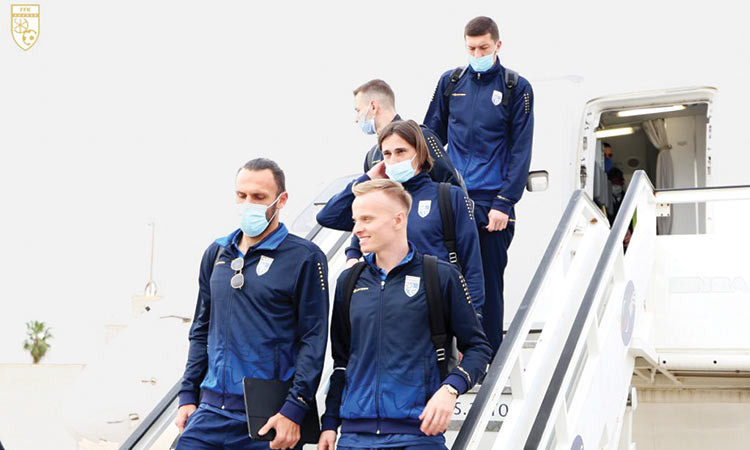 Spain’s 2022 World Cup qualifier against Kosovo on Wednesday is more than a simple game of football, with the meeting in Seville also at the centre of a diplomatic row. The controversy stems from the description of Kosovo as a “territory” by the Spanish Football Federation (RFEF) when