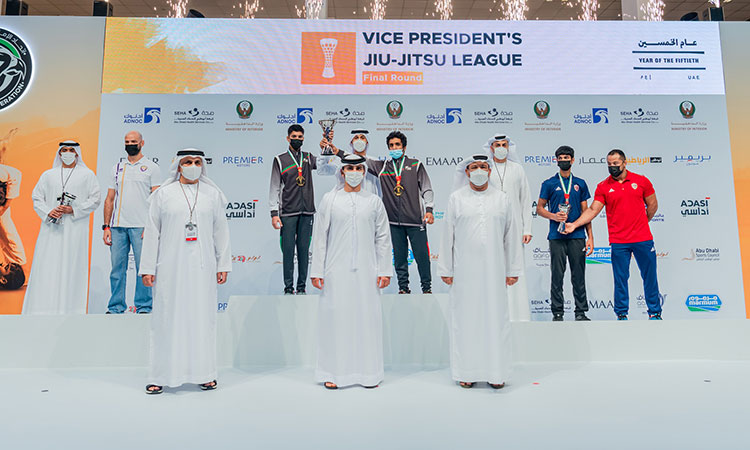 After crowing the winners, Sheikh Mansoor, congratulated the players on their victories, praising the high level of performance showcased by the athletes on the mat.

Sheikh Mansoor said: "The values adopted by the sport of jiu-jitsu are in line with the identity we are keen to spread in the UAE society. We are witnessing the growth of the sport in the country represented by many national academies and clubs. This is aligned with our strategic vision of promoting a healthy lifestyle, with a focus on emerging talents who are key for the bright future of the country on a global level.”

"The UAE has become the focus of attention for jiu-jitsu enthusiasts from all over the world thanks to the great support received from the rulers of the UAE.” Sheikh Mansoor added.

“The conclusion of the Vice President's Jiu-Jitsu League comes at an ideal time with our jiu-jitsu family preparing to welcome the world in the Jiu-Jitsu World Championship and Abu Dhabi World Professional Jiu-Jitsu Championships, the two largest Jiu-Jitsu events on the global calendar, during which we look forward to following up on the strong performance that we are accustomed to from our national players.”

He explained that local events such as the Vice President's League are key for the growth of the sport in the UAE as it is serves as an ideal platform to discover new talents, and an important opportunity that allows the stars of the UAE to live the atmosphere of international championships in local competitions. This will enhance the players’ physical and mental readiness in the global championships. 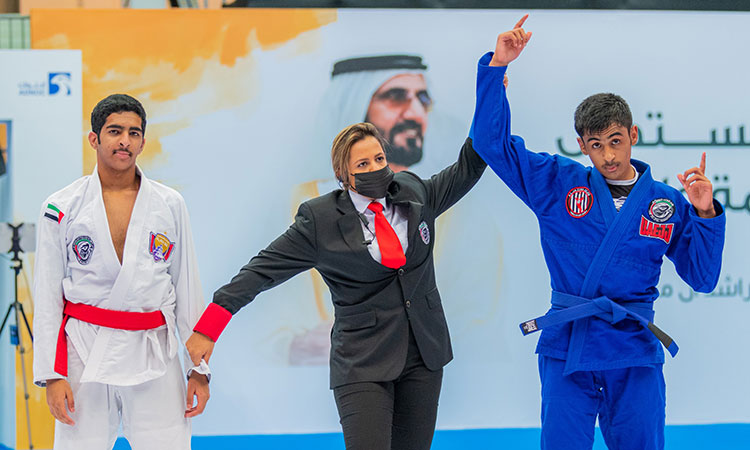 “UAE champions are regularly raising our country’s flag on the podiums, and here we commend the continuous efforts made by the UAE Jiu-Jitsu Federation to advance their sport until the UAE became the global capital of the sport,” said Sheikh Mansoor.

“The sports sector in the country is no longer just an entertaining one, but has become an important tributary of sustainable development on individual, social and economic levels, with the important role it plays in building individuals physically and psychologically.  The UAE has a world-class infrastructure that enables it to host world-class international sporting events.”

Commentating on the conclusion of the championship, Mohammed Salem Al Dhaheri, Vice Chairman of the UAE Jiu-Jitsu Federation (UAEJJF), said: "With the strong performance from our female athletes in the final round of the Mother of the Nation League and the remarkable performance on the mats today, particularly in the U18 and U16 categories, we can say with confidence that the future of jiu-jitsu is bright in the country.”

In addition to winning the title and capturing medals, the winning clubs and academies secured lucrative financial prizes, with a total value of Dhs720,000. The awards won by the clubs in the local championships constitute an important source that supports their continuous efforts to develop their players. 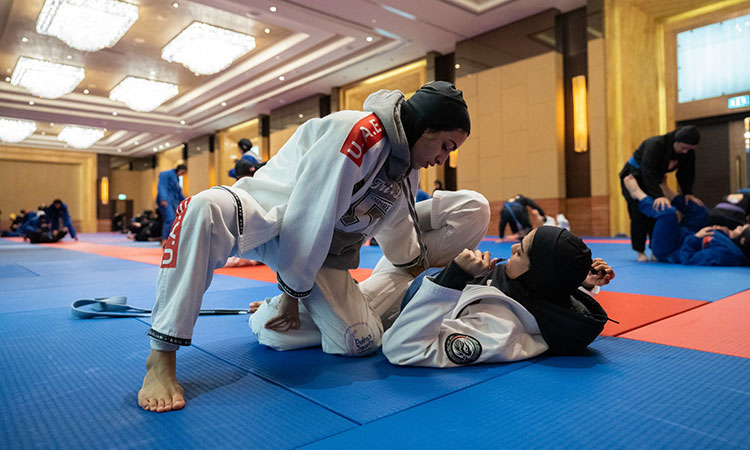