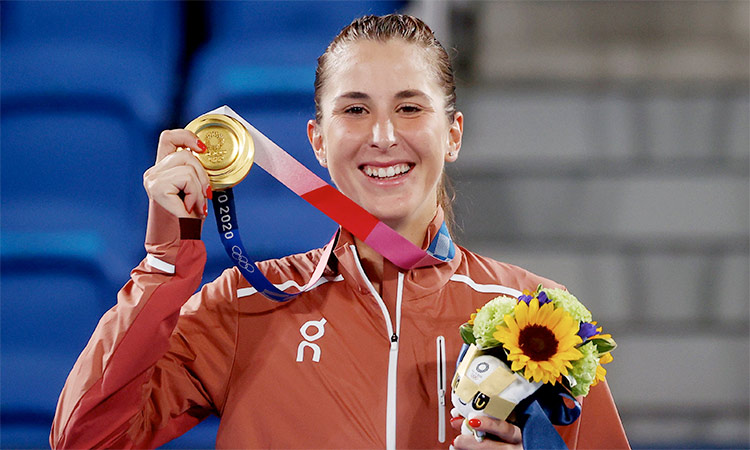 Switzerland’s Belinda Bencic poses with the gold medal after winning the final against the Czech Republic’s Marketa Vondrousova on Saturday. Associated Press

Belinda Bencic became the first Swiss woman to win the Olympic singles title on Saturday with a battling victory over Czech Marketa Vondrousova, after an angry Novak Djokovic lost his cool and missed out on a medal.

The 24-year-old Bencic edged out Vondrousova 7-5, 2-6, 6-3 on her second match point to complete the first leg of a possible golden double.

“I gave it my best, I gave it my all and I’m really proud now,” said the ninth seed, who shed tears of joy on the podium. “It’s a magnificent moment.”

Bencic is looking to become the fourth player to win singles and doubles golds at a single Olympics, after Serena and Venus Williams and Chilean Nicolas Massu.

The world number 12 is also the first Swiss to win the Olympic singles since Marc Rosset’s shock triumph in 1992, with even the great Roger Federer, who withdrew from Tokyo with injury, and Martina Hingis not achieving the feat.

“They did so much in their careers which I could probably never do.. So this one is for Martina and for Roger,” said Bencic.

It was a disappointing loss, though, for the 22-year-old Vondrousova, who was also beaten in the 2019 French Open final, after belying her ranking of 42 with wins over Naomi Osaka and Elina Svitolina en route to the gold-medal match.

“I think we are good friends, we practice a lot, we talk a lot,” said Vondrousova of her relationship with Bencic. “It was a great match from both of us so I’m just happy that it’s the Belinda I know (who won).”

Bencic needed a medical timeout for a broken toenail when leading 4-3 in the deciding set.

But that was not a hindrance as she broke to love before managing to serve it out, saving three break points and clinching the title when Vondrousova sent a backhand return long.

Frustrated Djokovic loses cool: Djokovic hurled his racquet into the empty stands and smashed another on a net post as he lost to Pablo Carreno Busta in the men’s bronze medal match.

Djokovic then pulled out of his mixed doubles third-place playoff alongside Nina Stojanovic with a left shoulder injury, giving Australians Ashleigh Barty and John Peers the bronze.

The Serbian star brought back memories of his infamous default against Carreno Busta last year at the US Open, when he inadvertently struck a ball at a line judge.

This time he threw his racquet high into the empty stands as he saw a break point come and go in the opening game of the third set, and continued to cut an angry figure, destroying another racquet by smashing it against a net post.

“I don’t like doing these things,” said Djokovic. “I’m sorry for sending this kind of message, but we’re all human beings and sometimes it’s hard to control.”

The 34-year-old will turn his attentions to winning the US Open, which starts on August 30, and sealing the first calendar Grand Slam by a man since Rod Laver in 1969. Carreno Busta was understandably delighted with his shock win.

“I’ve never had an opportunity to win something like this and it’s been great, absolutely great,” said the Spaniard. 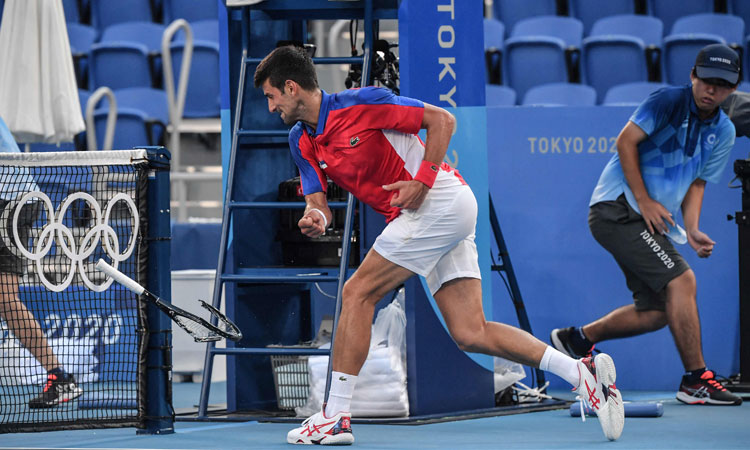 The top-ranked Djokovic lost his cool and abused his racket several times during a 6-4, 6-7 (6), 6-3 loss to Pablo Carreño Busta in the bronze-medal match. It was Djokovic’s third defeat in two days after Alexander Zverev of Germany defeated him in the semifinals. 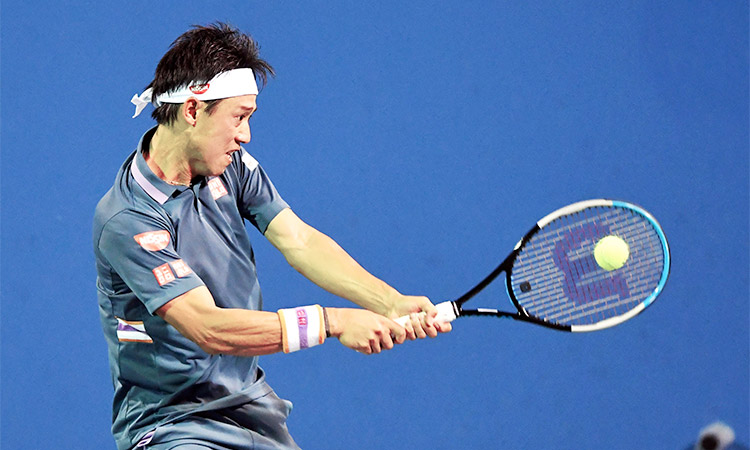