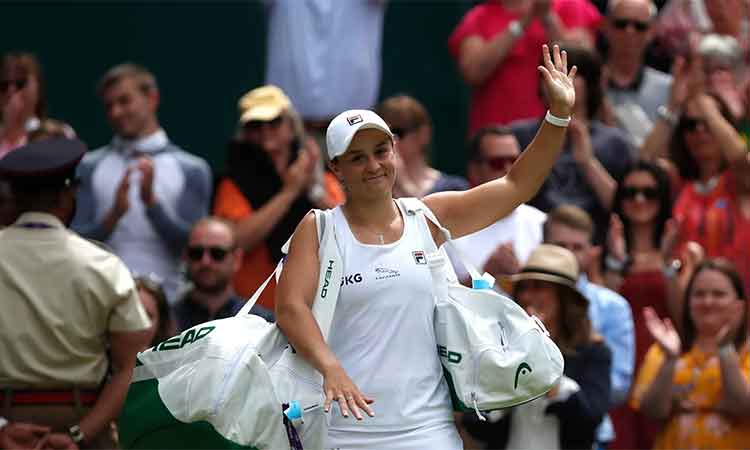 Ashleigh Barty is one victory away from realising her dream of winning the Wimbledon title on the 50th anniversary of fellow indigenous Australian Evonne Goolagong Cawley’s first triumph.

The 25-year-old world number one produced her best performance of The Championships so far to beat 2018 champion Angelique Kerber 6-3, 7-6 (7/3).

Barty will play former world number one Karolina Pliskova of the Czech Republic in Saturday’s final.

Barty had never progressed further than the fourth round at Wimbledon despite having form on grass as she was junior champion in 2011.

However, she took the first set with just the one break of serve and then showed real determination to turn around a 1-4 deficit and force the tie-break where she had six match points.

Kerber saved three but it was only delaying the inevitable and soon it was Barty who raised her arms in celebration.

“It’s incredible, it was as close to as good a tennis match that I have ever played,” said Barty who fired eight aces and 38 winners.

“It was a hell of a match from the first ball.”

“I am really proud of myself and my team. It’s been an incredible journey, full of ups and downs.”

Barty said she had not spoken to Cawley since the tournament began.

However, as she has done since the outset she wore the specially-designed dress in tribute to her mentor’s iconic scallop one she wore in 1971.

“To give myself a chance to create some history almost in a way that’s a tribute to her is really exciting,” said Barty.

“I couldn’t be more rapt to have that opportunity on Saturday.”

Kerber can, though, be pleased with her run despite Barty ending a 10-match winning streak for the 33-year-old German.

The grass had revived a career that appeared to be spiralling downwards -- she had failed to reach a Grand Slam quarter-final since her 2018 Wimbledon title.

“For me it was just the fight that I put up in the last few weeks in my tennis, that’s actually what counts for me right now,” said Kerber.

‘Sounds amazing’ Pliskova has never doubted herself despite dropping out of the top 10 -- she is ranked 13 -- after being a regular since 2016.

A first appearance in a Wimbledon final has justified that self-belief -- and dropping her first set of The Championships will be a minor irritant.

Pliskova had never been beyond the fourth round at Wimbledon but showed great resilience in coming from behind to beat Sabalenka.

She managed to get over the disappointment of both failing to take any of the eight break points that she secured in the first set and losing it to battle it out toe-to-toe with Sabalenka.

Sabalenka might have been second seed but she had gone into previously undiscovered Wimbledon waters -- a second round turn in 2017 her previous best on three visits.

Much to the delight of herself raising her face to the sky and putting her hands over it -- whilst husband Michal Hrdlicka applauded.

She is the first Czech woman to get to the final since Petra Kvitova’s second title win in 2014.

“It sounds amazing to be in the final as I never got past the fourth round here before,” said Pliskova.

“I had so many chances in the first set and I got frustrated. A lot of credit to her, she played a great match.

“I’m super happy to have found a way to win.

“She plays so fast. I didn’t have time to think about what I needed to do. She’s super powerful.”

Barty says she cannot put an age on when she dared to dream of winning Wimbledon.

“I think once you start playing more tennis when you’re younger, start understanding what is in the world of tennis, I think you dare to dream,” she said. 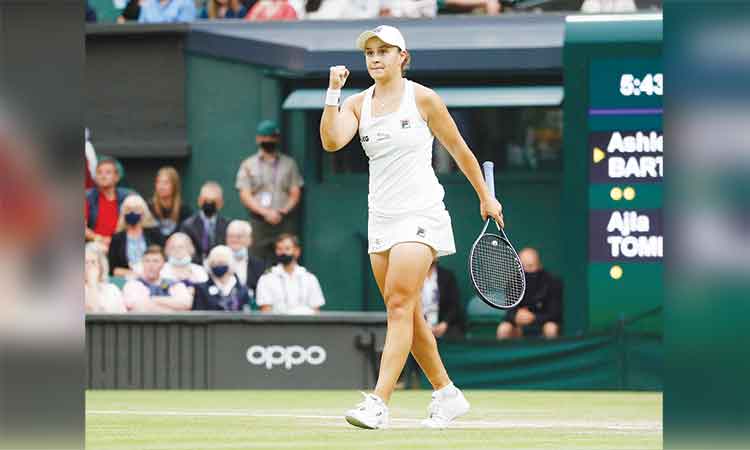 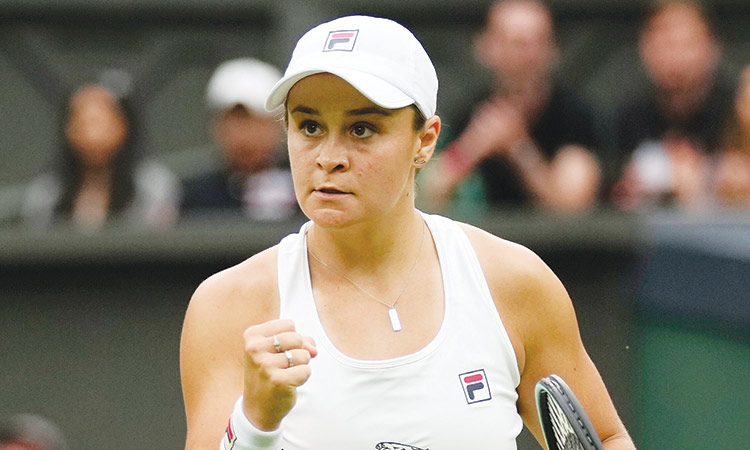 Ashleigh Barty will fulfil a childhood dream when she plays in Saturday’s Wimbledon final but Karolina Pliskova stands in her way of achieving a more significant one. Barty is attempting to win her first Wimbledon title on the 50th anniversary 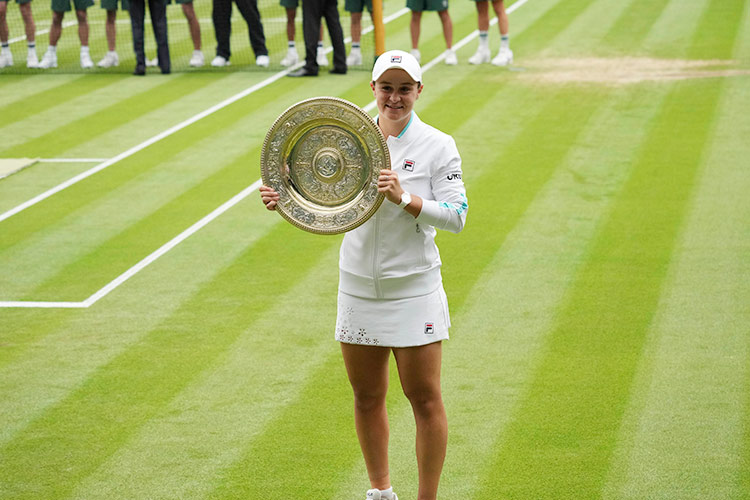