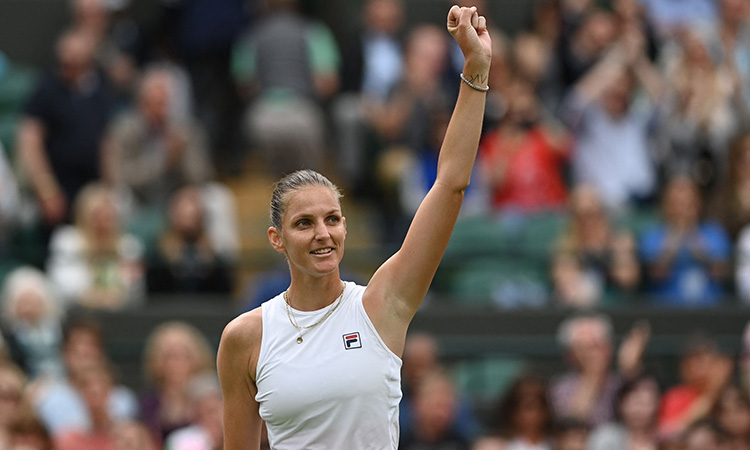 Karolina Pliskova celebrates her win over Viktorija Golubic during their women's quarter-final match in Wimbledon, London, on Tuesday. AFP

The veteran tennis star will now face either Tunisia’s Ons Jabeur or Belarus Aryna Sabalenka for a place in the Wimbledon, which will be played on Saturday. 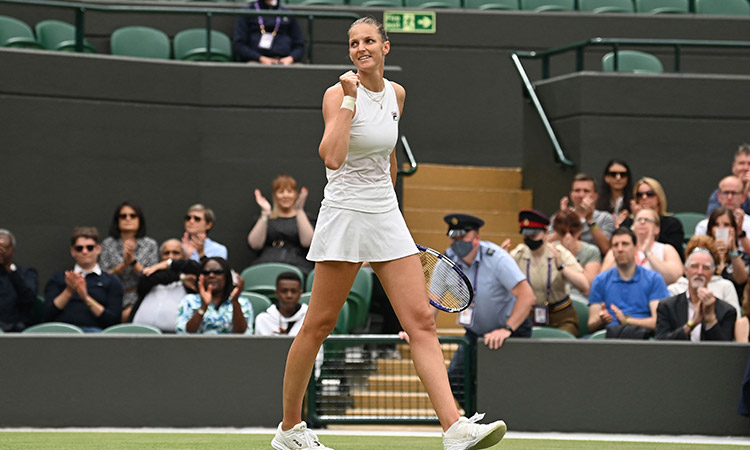 In 2016, the Czech star was once the US Open runner-up. She has yet to win any big title with her best performance at all major’s runners-up spot.

She had played her last major semi-final at Australian Open in 2019.

Pliskova is also playing at Wimbledon for the 9th time and had never previously been beyond the fourth round.

“I really work hard to get to this Court as this was my first appearance. I have had very good preparation for the matches. I still feel that I have more stamina and improving with every match. I hope this preparation will continue,” the Czech star said.