Kings make it to playoffs after beating Gladiators, knock out Qalandars from PSL - GulfToday 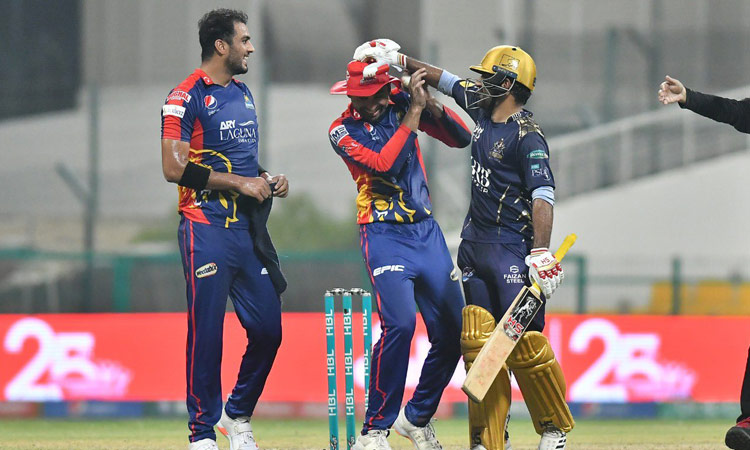 Karachi’s victory means that Lahore Qalandars have crashed out of the tournament and will join last-placed Gladiators on the sidelines.

Karachi finished on 10 points alongside Lahore Qalandars, but its better net run-rate knocked out the 2020 finalist from the playoffs.

Quetta finished on the bottom of the table with only two wins from 10 games.

Danish Aziz’s whirlwind knock of 45 runs off 13 balls lifted Karachi to 176-7. The left-hander smacked 33 runs in Jack Wildermuth’s penultimate over of the innings from four consecutive sixes and two boundaries.

Quetta, which made five changes in its last league game, ended up at 162-7. Captain Sarfaraz Ahmed was unbeaten on 51 off 33 balls.

Quetta debutant left-arm spinner Arish Ali Khan grabbed 4-28 as Karachi slipped to 121-5 in the 17th over. But Aziz’s masterful knock turned the tide in Karachi’s favor.

Wildermuth was brought into the attack in place of fast bowler Naseem Shah, who pulled a calf muscle just before he was about to bowl the penultimate over, and limped off the field.

Fast bowler Mohammad Ilyas (3-39) ran through the Quetta top order and Arshad Iqbal chipped in with 2-39.

but first Wildermuth successfully overturned an lbw decision through television referral and Amir dropped a sitter off his own bowling off the next delivery to end up with 0-21.

Later on Saturday, PSL leader Islamabad United beat second-placed Multan Sultans by four wickets to consolidate its spot at the top of the standings.

Mohammad Wasim took 4-31 from four overs as Islamabad restricted Multan to 149 from its 20 overs after captain Shadab Khan won the toss and elected to field first.

Shan Masood top scored for Multan with 59 off 37 balls, with six boudaries and three sixes, but the opener lost partners regularly as the Sultans innings never got going.

Khan led the reply for Islamabad with 35 from 27 balls and shared handy partnerships with Muhammad Akhlaq (26) and Hussain Talat (34) to win with two balls to spare.

The two teams meet again on Monday in a qualifying final, with Karachi to play Peshawar in an elimination final on Tuesday.

The Kings got their breakthrough in the last ball of the fifth over, with Mohammad Ilyas dismissing Saim Ayub (19). The Gladiators already seemed to be struggling to score big at that time. 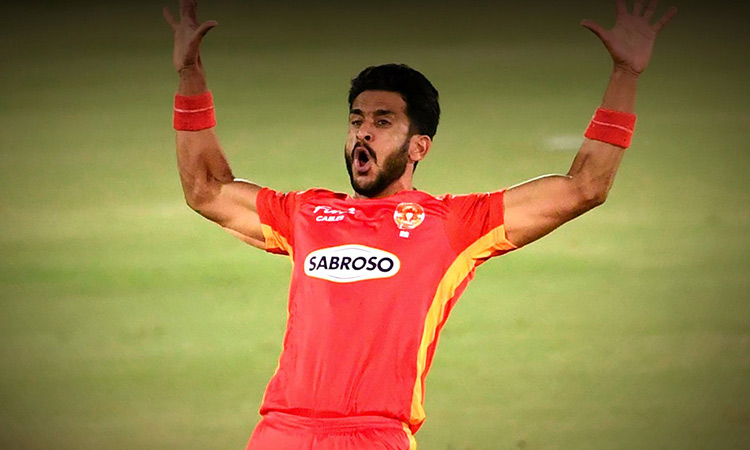 Hasan Ali to remain in PSL after resolving family matter

"I was going through a personal family issue, which has been resolved thanks to my wonderful wife,” Hasan said in a statement on Monday.