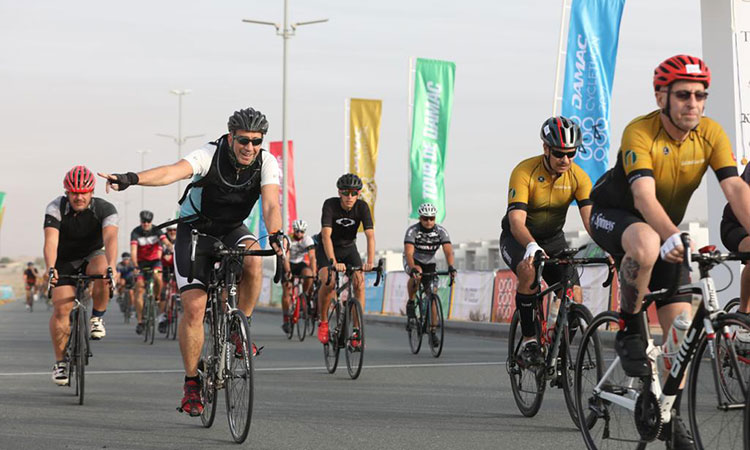 This photo shows cyclists in action during the inaugural edition of Tour De DAMAC.

Dubai: Close to 500 cycling professionals and enthusiasts took part in the Tour De DAMAC, first-ever cyclethon event took place at the Akoya community, organised by DAMAC Properties in association with the Dubai Sports Council on Saturday.

In the 60km race for adults, Vladimir Gusev from Russia won in the men’s category while Kim De Baat from Belgium won in the women’s category. In the Emirati men and women category, Ali Jassim and Safiya Al Sayegh won the titles, respectively. The winner in each category was presented with a cash prize of Dhs5,000 along with a gold voucher, trophy and medal. The 6.8km race for children was won by 14-year-old Sultan Alshamsi from the UAE and 13-year-old Maria Catarino from Portugal.

The main cyclethon race started and culminated at DAMAC Akoya, taking riders through the picturesque Akoya District, replete with lush green parks and lakes, before heading into a loop through Lahbab Road and returning to the finish line on the main street. Meanwhile, the race for children was a 6.8km loop inside Akoya. Around 400 participants took part in the race for adults while around 100 took part in the children’s race.

Speaking on the success of the event, Niall McLoughlin, Senior Vice President of DAMAC, said: “DAMAC has championed several events and initiatives that have helped create a positive impact on the community. The Tour De DAMAC is just another way to reinforce our commitment to building a better future as we continue to create awareness and build a sense of community among residents of our master developments, enable a healthier lifestyle among the residents of the UAE as well as contribute to the diverse sports calendar of Dubai.

“The unprecedented times have not dampened the human spirit of endurance and the endeavour to move forward, as can be witnessed from the enthusiastic response we have witnessed. We are happy that participants have enjoyed the event and we hope to take it to even higher levels in the coming years,” he added. 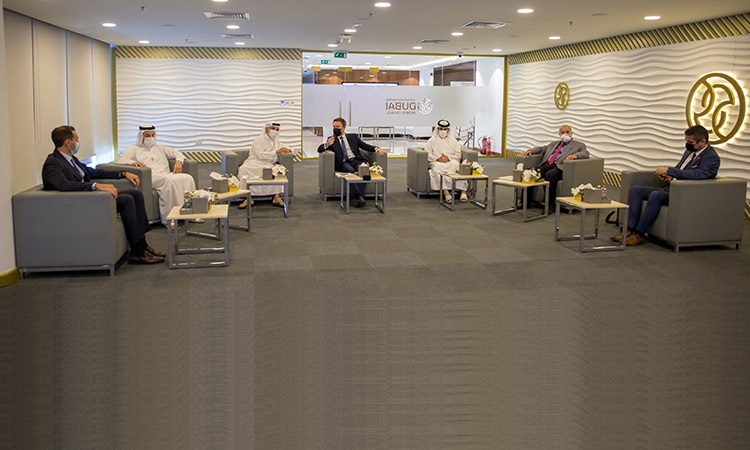