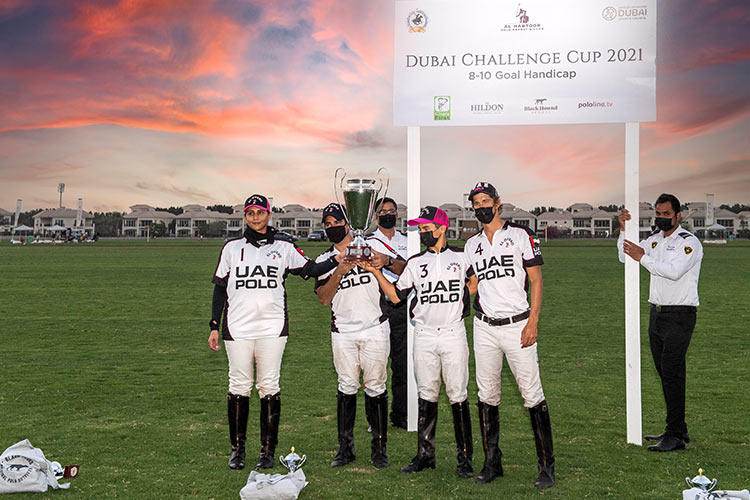 Sheikha Maitha along with members of the UAE Polo team pose for a picture after the presentation ceremony.

The final day featured two matches - Tratok/Hesketh Polo against Dubai Wolves at the subsidiary final and UAE Polo competed against Battistoni for the fourth trophy of the Dubai Polo Gold Cup Series.

The much-awaited final match between UAE Polo and Battistoni Polo opened with a goal from Jacinto Crotto and UAE Polo was at a two goal lead midway through the second chukker.

Without missing a beat, the players of Battistoni Polo were able to level the game by half time. The penultimate chukker had Raja Albujebain and Lucas Monteverde Jr. shift the lead to the UAE Polo team.

The last chukker saw Sheikha Maitha Bint Mohammed Bin Rashid Al Maktoum, patron of the UAE Polo team, score a goal placing the team in a seemingly secure position only to be challenged by Pierre Jauretche as he created a tie that resulted in a fifth chukker.

Both teams rushed to score the golden goal and it was Crotto's penalty shot that sealed the win for UAE Polo at 7 goals to 6.

In the subsidiary final, Tratok/Hesketh Polo team claimed the first lead as Manuel Plaza scored the first goal of the afternoon. However, Tommy Beresford matched this with three consecutive goals that ended the chukker with a 2-goal advantage for Dubai Wolves.

The Wolves had dominated the game from the following chukker and set the pace with a six-goal lead by the end of the 3rd chukker.

The final chukker saw Manuel Plaza and Santos Iriarte score goals for Tratok/ Hesketh Polo but the defensive play by Dubai Wolves plus its commanding goal lead closed the game at 9 goals to 5.

Asma Nsiri, Sales Manager of Chef's First, awarded the teams of the day with Tomy Iriarte as the Most Valuable Player and Peresa, the horse ridden by Lucas Monteverde Jr as the Best Playing Pony. 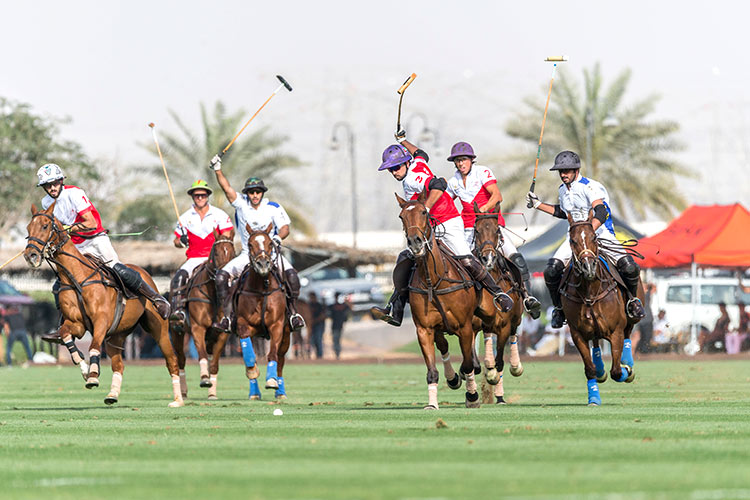 The Dubai Challenge Cup -- fourth tournament of the Dubai Polo Gold Cup Series -- kicked off with two back-to-back games at the Al Habtoor Polo Resort and Club on Friday. 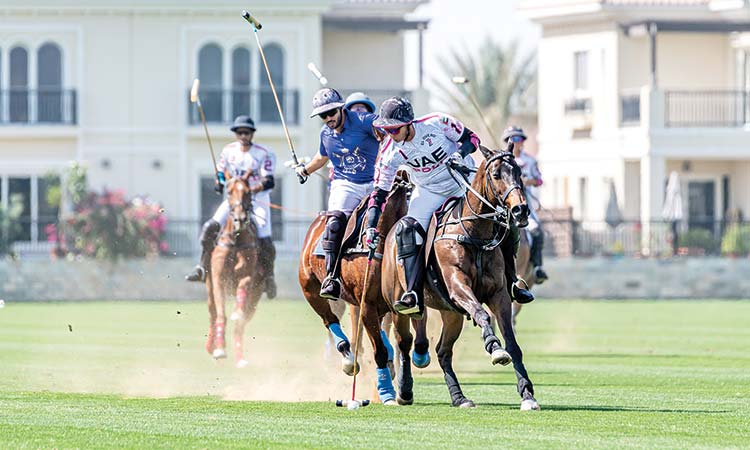 Close on the heels of the success of the IFZA Silver Cup, the action continued at the Al Habtoor Polo Resort and Club as the second trophy — Polo Masters Cup — of the Dubai Polo Gold Cup (DPGC) Series kicked off with four matches. 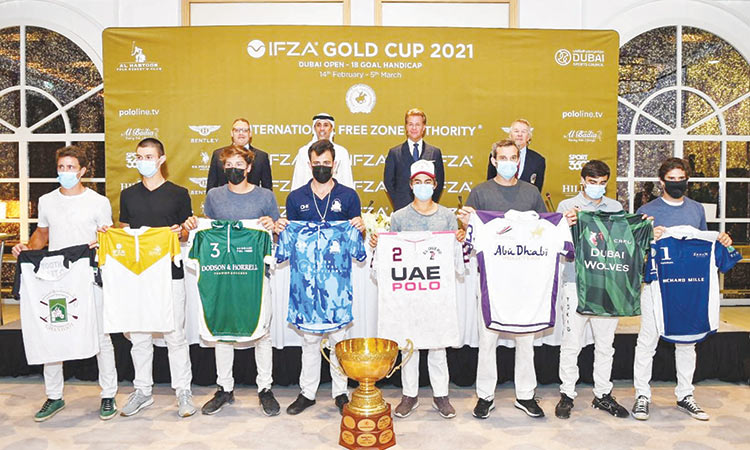 Following the success of the Silver Cup, the magnificent green fields of the Al Habtoor Polo Resort and Club will be buzzing once again with pulsating action when IFZA Gold Cup 2021 (Dubai Open) gets underway from Feb.14. 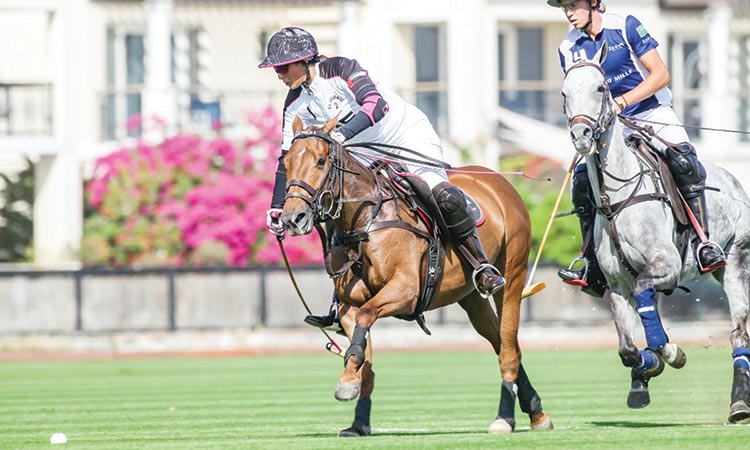