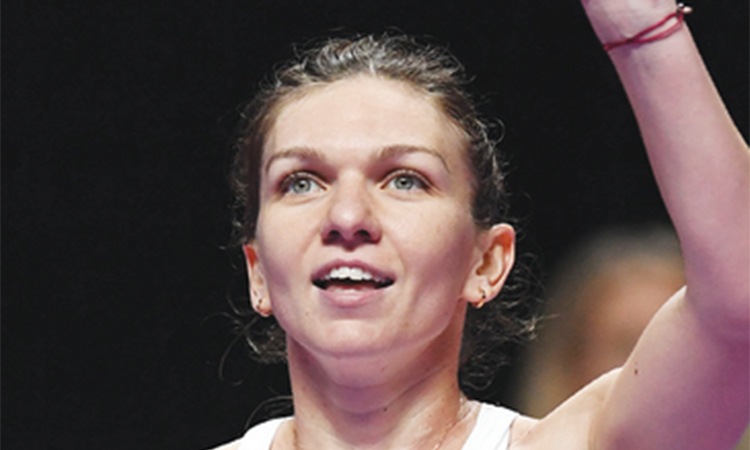 Defending champion Simona Halep will be one of the star attractions. File

Work is well in hand for the annual Dubai Duty Free (DDF) Tennis Championships which will get under way in a week’s time.

It will be the 21st staging of the WTA event and the 29th time the star-studded ATP tournament has been hosted in Dubai.

“The tournament has grown to become one of the major highlights of Dubai’s sporting calendar and we are looking forward to welcoming back the world’s best players once again,” said Colm McLoughlin, Executive Vice Chairman and CEO of DDF.

Owners and organisers DDF have left no stone unturned to ensure the health and safety of all who participate in the two-week event, which this year will be hosted in line with Covid-19 guidelines and will be spectator free.

The tournament organising committee, headed up by Ramesh Cidambi, Chief Operating Officer (COO) of DDF, has been working along with the DSC and Dubai Health Authority and adhering to the protocols put in place by the Supreme Committee of Crisis and Disaster Management.

“We have been in constant communication with the DSC and the Dubai Health Authority on the protocols required for staging this world-class event in Dubai,” said Ramesh Cidambi.

“We would like to thank the UAE authorities for their ongoing support and we are looking forward to staging a great tournament.”

Frequent consultations have also been ongoing with officials from both the ATP and WTA Tours to ensure the well-being of all players and officials who will be attending the event.

“We are putting all the precautions in place to ensure the safest of environments for everyone involved,” said Tournament Director Salah Tahlak.

“Although tennis fans will not be able to be present at the tournament, the good news is that Dubai Sports Channel will carry each and every match played on Centre Court live from first ball to last, so everyone will be able to watch their favourite players in Dubai.

“The global media coverage of the tournament last year was estimated at $1 billion, so the eyes of the world will be on Dubai over the two weeks of the tournament.” The DDF Tennis Championships is owned and organised by Dubai Duty Free and held under the patronage of His Highness  Sheikh Mohammed Bin Rashid Al Maktoum, Vice-President and Prime Minister of the UAE and Ruler of Dubai.

Meanwhile, Australian Open finalist Jennifer Brady has confirmed her participation for the DDF Tennis Championships title when play gets underway on March 7.

The gritty American made a huge impact when she competed last year, successfully negotiating the qualifying rounds without dropping a set and then advancing all the way to the semi-finals with victory over 2017 and 2018 Dubai winner Elina Svitolina and a dramatic quarter-final win over former Wimbledon and French Open champion and recent Australian Open finalist Garbine Muguruza.

Brady had already claimed victory over world number one Ashleigh Barty in Brisbane before arriving in Dubai last year, and after her fine run to the Dubai semi-finals she continued to impress.