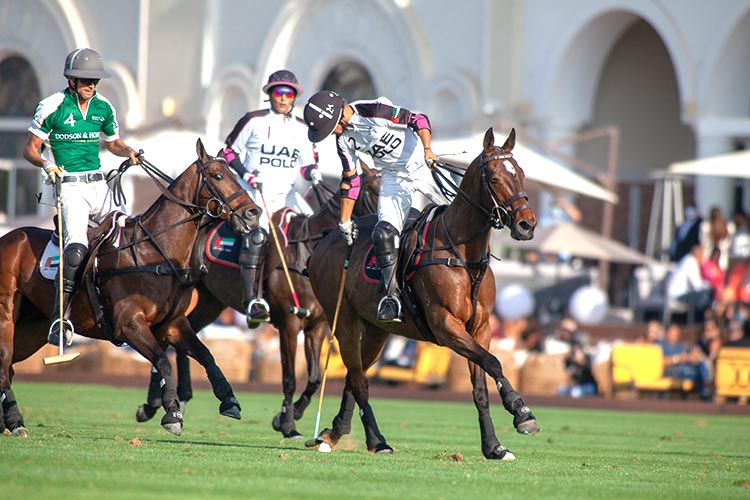 They defeated Dubai Wolves by CAFU by a mere one goal lead as both the teams battled hard in the first quarter-final match of the tournament played at the Al Habtoor Polo Resort and Club on Friday.

Felix Esain started the game with two goals for Habtoor Polo matched by a goal from the patron of the opposing team - Habtoor Al Habtoor.

The following chukker saw Facundo Sola advance the lead for Habtoor Polo by three goals. Dubai Wolves by CAFU inched their way closer with two goals from Habtoor by halftime and Kian Hall set the game at a tie by the end of the penultimate chukker. As the play ensued, both teams rushed to break the tie and ultimately it was Facu's penalty shot that placed Habtoor Polo in the semi-finals of the IFZA Gold Cup. 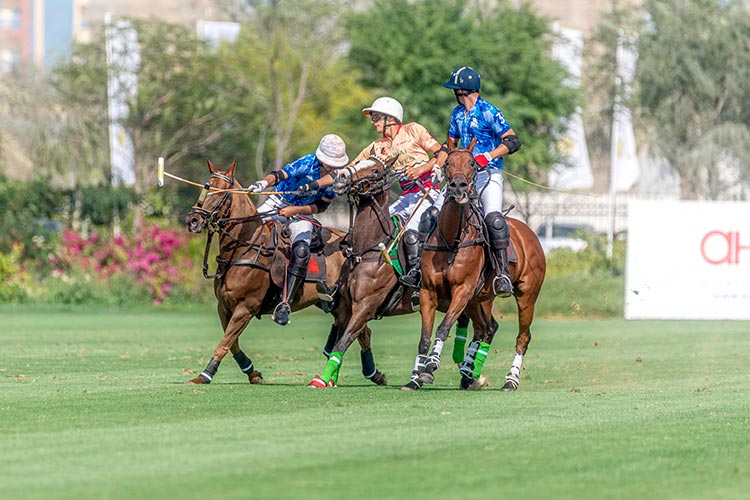 Habtoor Polo book berth in the semi-finals with a thrilling win over Dubai Wolves by CAFU.

In the anticipated Bangash Polo and UAE Polo match, Tomas Panelo scored first with an excellent open backhand but was equally matched by Federico von Potobsky ending the first chukker with one goal each.

Raising the stakes, the UAE Polo team owned the next two chukkers carving a three-goal lead by half-time. The Bangash Polo team slightly narrowed the gap in scores with two goals from Potobsky and Benjamin Panelo at the penultimate chukker. The UAE Polo team showed their caliber with two back to back goals from Panelo that sealed the win for the team at 12 goals to 9.