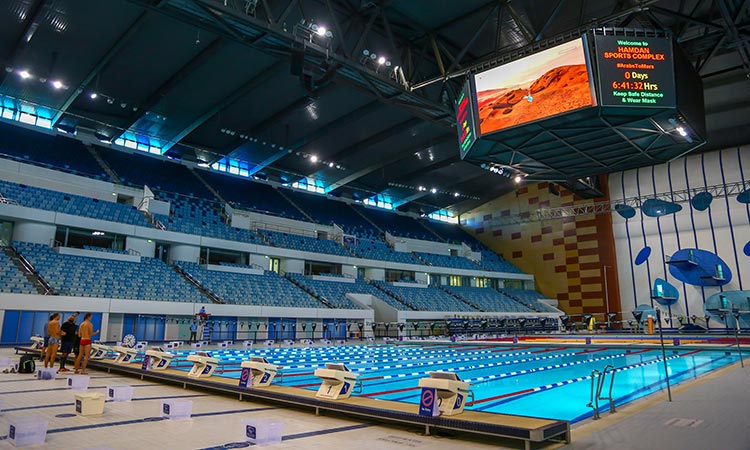 Hamdan Sports Complex is one of the world’s biggest and most modern multi-purpose facilities in the world.

The Czech Republic’s modern pentathlon team, including rising young star Martin Vlach and 2015 World Championship mixed relay gold medal winner Jan Kuf, are in Dubai for a two-week training camp at the Hamdan Sports Complex, along with a young Czech national fencing team, as they prepare for the summer’s Tokyo Olympic Games.

Besides Kuf and Vlach, who has already qualified for the Tokyo Olympic Games by finishing third in the men’s individual event at the 2019 European Modern Pentathlon Championships, the five-member pentathlon team also includes Ondrej Polivka, who represented the country at the 2012 London Olympic Games; Marek Grycz, winner of the men’s relay title alongside Vlach at the 2018 Junior World Championships; and David Kindl.

The eight-member visiting Czech fencing contingent includes promising teens and youngsters in their early 20s like Jakub Jurka, whose grandfather Jaraoslav Jurka represented Czechoslovakia in fencing at the Olympic Games in 1976 and 1980, Martin Rubes Jr, Kristian D’Amico, Adam Osicka, Matyas Pavlik and Frantisek Coufal, and they are accompanied by coaches Martin Rubes Sr and Tomas Jurka. 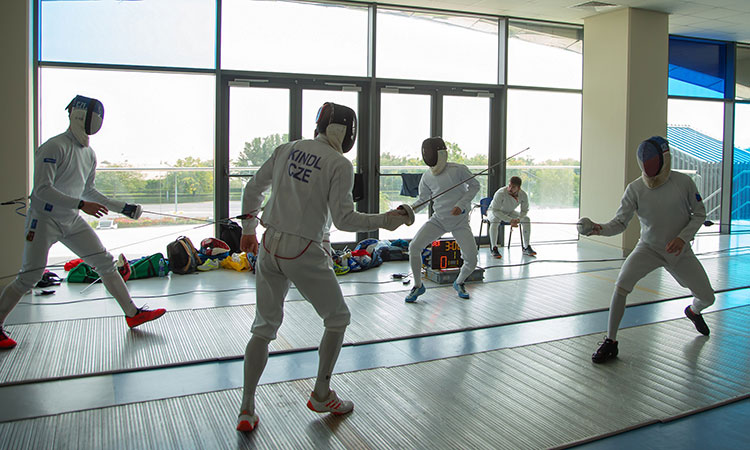 The two teams, who arrived in Dubai on Feb. 8, will be training daily until Feb.20 at the Hamdan Sports Complex, which is a one-stop solution for all their training needs, including gym, swimming, fencing as well as outdoor running.

The Hamdan Sports Complex, one of the world’s most iconic sports landmarks, is a regular pick for international sports teams and athletes, and they look to prepare for different international competitions, including the Olympic Games.

Built on 24-hectares of land, Hamdan Sports Complex is one of the world’s biggest and most modern multi-purpose facilities in the world, designed to host more than different 10 Olympic sports, including basketball, badminton, handball and volleyball alongside all kinds of aquatic sports like swimming, synchronised swimming, diving, synchronised diving and water polo.

Dressed on the outside in contrasting hues of blue and a glistening glass façade, the cavernous complex boasts two 50-meter Olympic-standard swimming pools in its golden teardrop-shaped competition centre inside. Both pools have moveable floors and they can be covered when needed to turn the arena into a sturdy surface fit for any non-aquatic sport event, or even non-sports events like conferences and exhibitions.

Rising over the 10-lane swimming pools and diving tank is a three-tier, horseshoe-shaped seating bowl that can accommodate 15,000 spectators.

The arena also boasts changing rooms for 400 athletes, rooms for umpires, as a health club, gymnasium, as well as training pool.

Besides these, there is a fully functional medical room with state-of-the-art medical facilities and a doping control room.

All these state-of-the-art facilities make the Complex one of the most appealing venues for international athletes looking for the best possible place to prepare for top competitions.