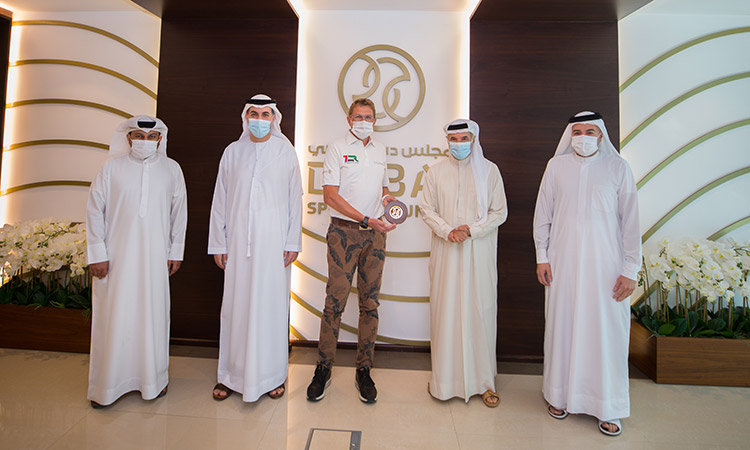 Wendelin Lauxen poses for a photo with Saeed Hareb, Nasser Aman Al Rahma and other dignitaries after receiving the honorary medal.

Dubai Sports Council has honoured UAE-based German ultrarunner Wendelin Lauxen - holder of Guinness World Record for 'Fastest time to complete a marathon on each of the 7 continents', and also founder and lead act of the ‘7 Emirates Run’ – for his contribution to charitable causes through sports.

Lauxen, who is CEO of a medical firm in Dubai, has collected more than Dhs1.5 million through the ‘7 Emirates Run’ over the years to support children who are unable to walk, through Al Jalila Foundation.

Applauding Lauxen, Hareb stressed on the crucial and constructive role sports plays in every sphere of society, especially in collecting funds for charitable causes and helping the needy, as well as promoting a healthy lifestyle. He also expressed his happiness at the strong partnership between Dubai Sports Council and Al Jalila Foundation, which has provided support to various charitable causes through joint initiatives.

Lauxen, 59, thanked Dubai Sports Council for the reception, and also for supporting his initiatives through the years. He also thanked Al Jalila Foundation for their encouragement and support, as well as for the success of his initiatives.

Lauxen first ran solo across the seven emirates of UAE in 2010, covering a distance of 575 km in 12 days. Three years later, he organised the “7 Emirates Run” to support the Al Jalila Foundation.

Lauxen has organized the “7 Emirates Run” a number of times since, under the slogan “Run for Help, Run for Health, Run for Fun”, and raised valuable funds for Al Jalila Foundation, which have been used to pay for life-changing surgery and postoperative medical support for children who suffer from deformities or amputation. 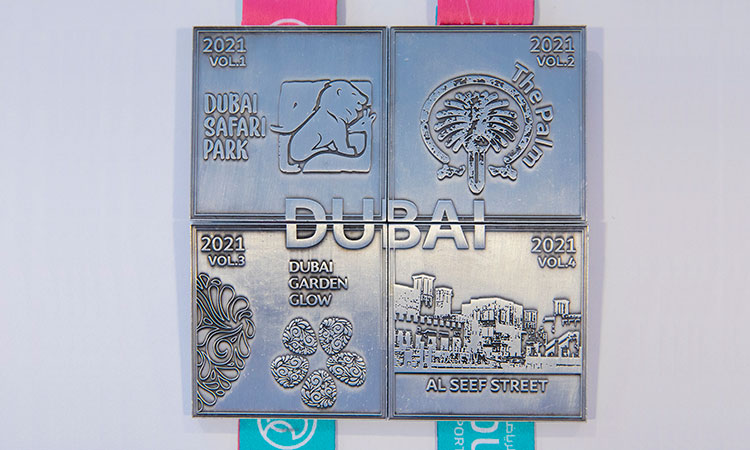 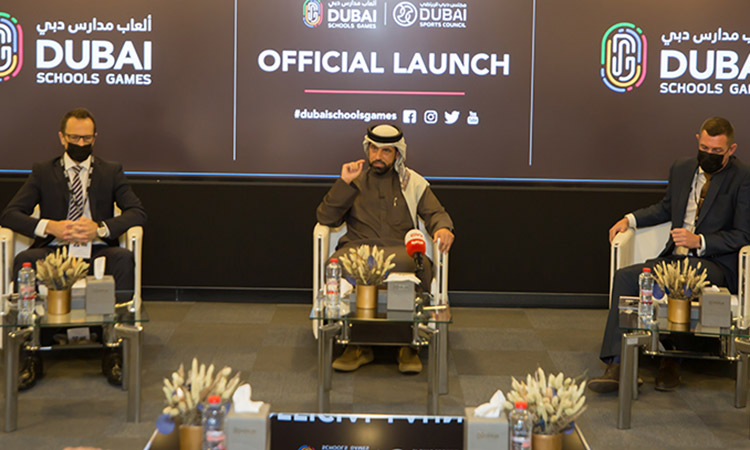 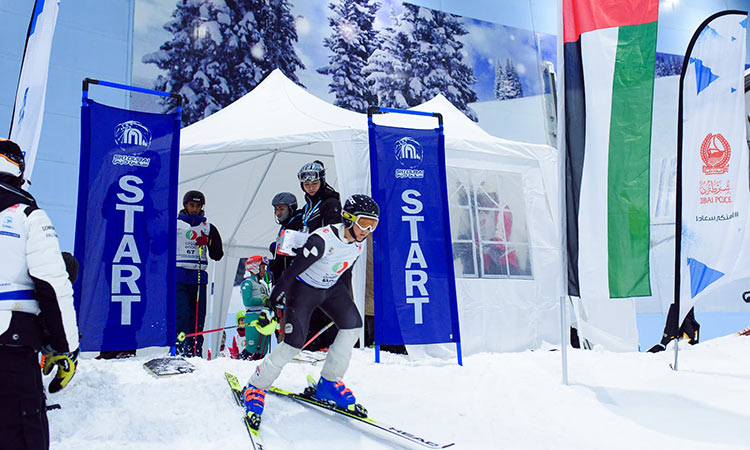