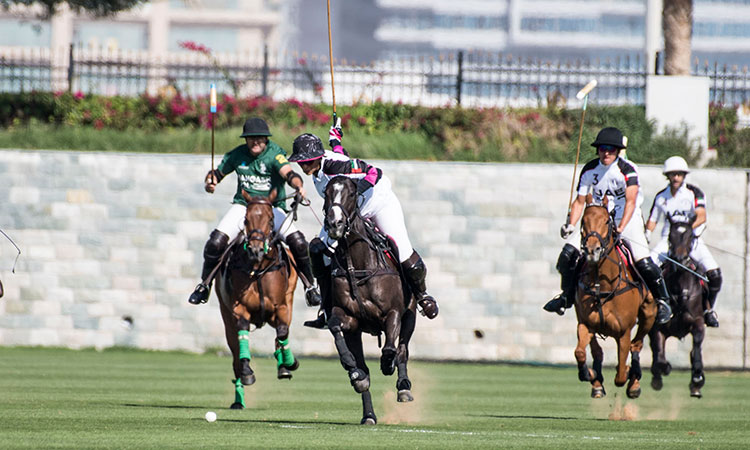 Players of UAE Polo and Bangash in action during the opening match of the IFZA Silver Cup at the Al Habtoor Polo Resort.

The UAE Polo team beat Bangash in the opening match of the IFZA Silver Cup as the Dubai Polo Gold Cup Series kicked off at the Al Habtoor Polo Resort.

Tomas Panelo scored the first goal of the tournament and UAE Polo Team ended the first chukker with a 3.5 goal lead. The Bangash Polo team made a comeback during the next chukker. However, UAE Polo had taken control of the game from mid until the penultimate chukker. Tomas and Lucas Monteverde Jr were on target in the last chukker as UAE Polo defeated Bangash 7.5-5.

Habtoor Polo and IFZA - Mahra Polo lock horns in another match. The clash saw Facundo Sola deliver a flurry of goals that gave Habtoor Polo a one and half goal advantage. The following chukker, Isidro Strada scored two goals for IFZA - Mahra that narrowed the gap in scores by half a goal.

The teams were neck and neck in the succeeding chukkers and finally, Habtoor Polo claimed victory on the fifth chukker with two goals closing the game at 8 goals to 5.5.

The Dubai Polo Gold Cup Series in the UAE is one of only five tournaments worldwide played in the WPT Championship Cup category. It is on a par with world-class events held in Argentina, Spain, the United Kingdom and the United States. The Dubai Polo Gold Cup Series started in 2009 with tournaments carrying a handicap of 10-12 goals and has grown to host teams playing in 18-goal handicap matches. 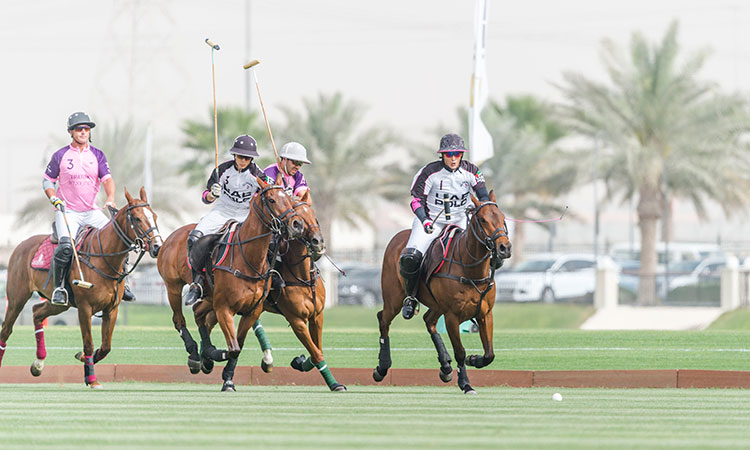 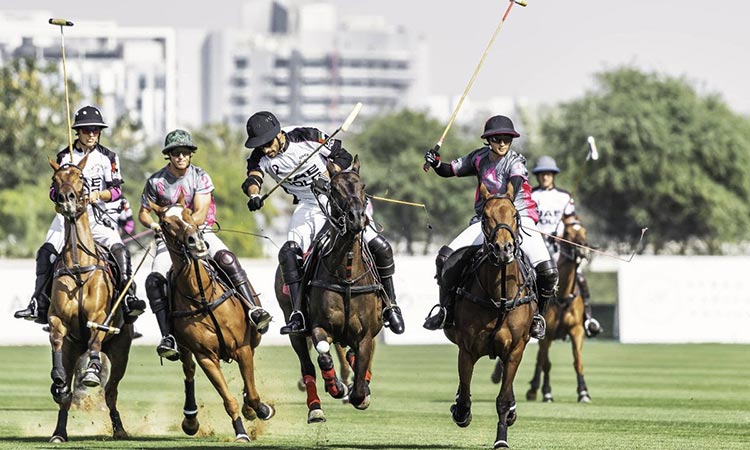