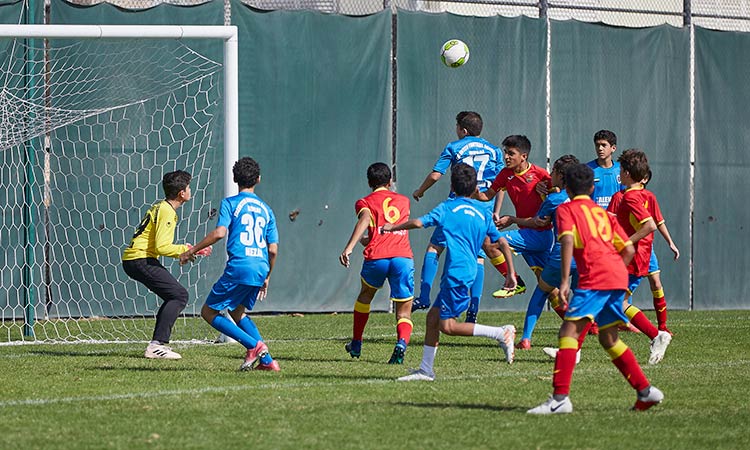 Players in action during the matchweek of the Dubai Sports Council Football Academies Championship.

El Talento Football Academy and La Liga High Performance Centre (HPC) have cemented their positions at the top of their respective groups in the Under-16 division following emphatic wins in Week 6 of the Dubai Sports Council Football Academies Championship.

Australia says 'no' to tennis stars amid calls for quarantine change

La Liga HPC are also heading the Under-18 division with 9 points from three matches following their 4-1 win over Excellence Football Academy on Saturday, but El Talento Football Academy, who have six points from two games, will be fancying their chances when they get back into action this coming weekend.

In the Under-14 Group A, La Liga HPC have punched their tickets as group leaders following a 4-1 win over AFA Aguero on Saturday. The win means La Liga HPC have completed their U-14 group engagements with 15 points from five games and an all-win record.

A total of 280 matches will be played in the tournament, across 15 weekends until March 6, 2021, at The Football Centre DSC, which opened its doors last month and is the new home of La Liga Academy and La Liga High Performance Centre (HPC).