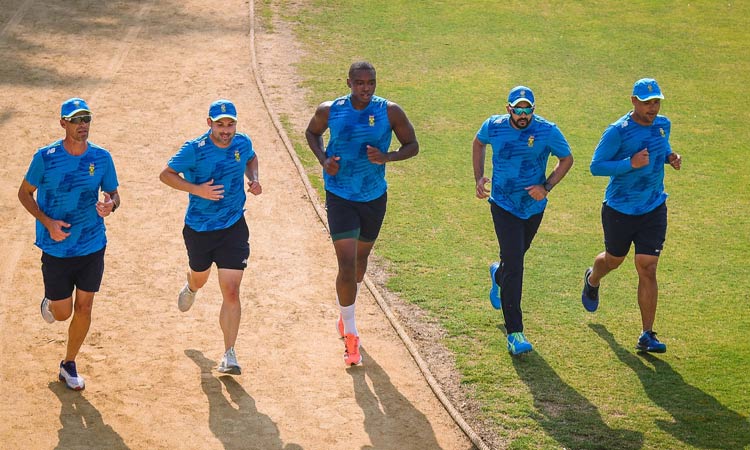 South African players run during a practice session outside their hotel in Karachi on Monday.

South African cricketers have set aside pre-tour security concerns and want to focus on their first Test series in Pakistan in 14 years.

South African skipper Quinton de Kock says top-notch security surrounding the squad since their arrival in Pakistan at the weekend has allowed them to concentrate fully on cricket. De Kock is leading a 21-strong squad on South Africa's first tour to Pakistan in 14 years, where they will play two Tests and three Twenty20 internationals. 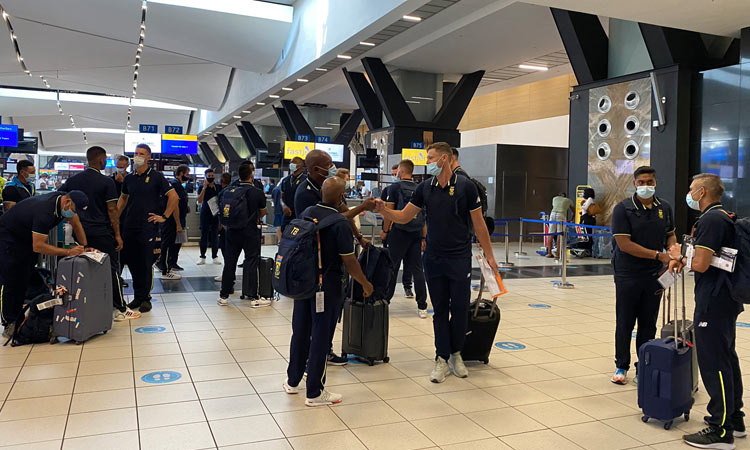 South Africa is the first of the top five cricketing nations to tour Pakistan since the 2009 terrorist attack on Sri Lanka's team bus in Lahore. The Proteas, who last toured Pakistan in 2007, kick off their tour with the first Test in Karachi from Jan.26.

The government of Pakistan has provided presidential-like security with visitors’ team buses being protected by security vans carrying dozens of armed personnel.

"To be honest, before we got here security was obviously a big part, but when we arrived and saw the extent of the security, the guys have gotten a lot more comfortable,” de Kock told reporters in the southern port city of Karachi on Monday.

"It looks like every corner is checked and all bases are covered, touch wood," he added. "We’re feeling really safe and now we’re just worrying about cricket.”

The doors of international cricket remained shut on Pakistan after the 2009 attack, but in recent years foreign teams including Sri Lanka, Bangladesh and the West Indies have toured here. Pakistan said in November that it was ready to host major cricketing nations in 2021. 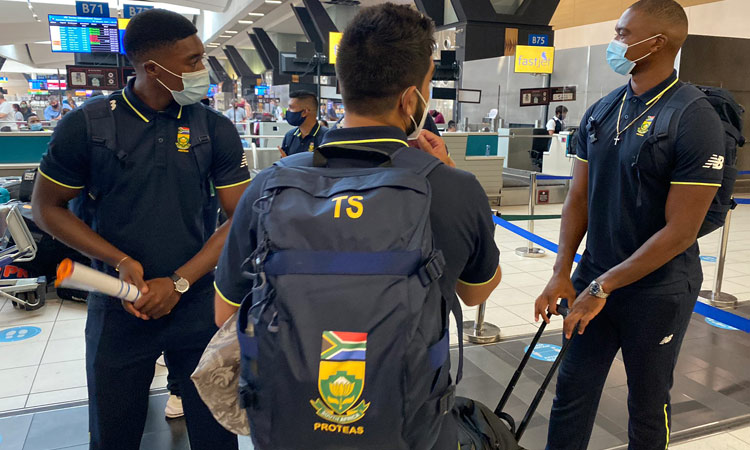 The Pakistan Cricket Board has allowed South Africa to practice close to the team hotel for five days before the visitors start training at the National Stadium — the venue for the first Test.

And de Kock said the relaxation of not quarantining for 14 days will help his team acclimate. "It helps that we don’t have to do two weeks’ quarantine,” he said. "It’s obviously a big help that the Pakistan Cricket Board has let us come out and start preparing early.”

De Kock said South Africa’s biggest challenge will be playing in conditions, which are alien to his team as only Faf du Plessis has some experience playing in Pakistan.

Du Plessis led a World XI team to Pakistan for a Twenty20 series in 2017 and played for Peshawar in a playoff game of the Pakistan Super League in Karachi last November.