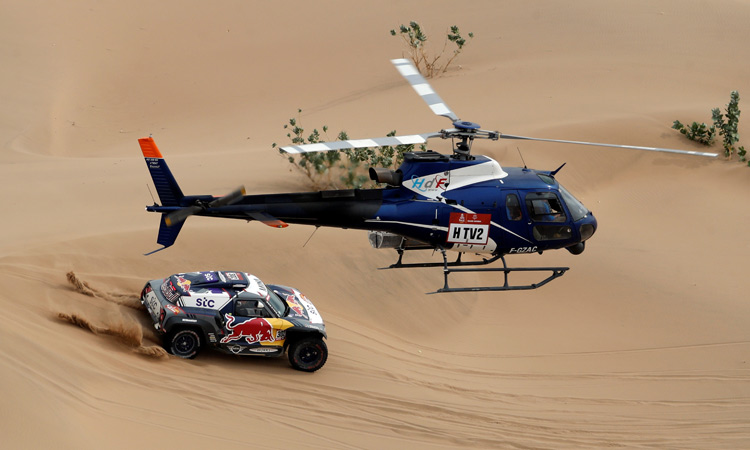 Stephane Peterhansel and his co-driver Edouard Boulanger of France compete during the Stage 11 of the Dakar 2020 between Alula and Yanbu, Saudi Arabia, on Thursday. Reuters

Stephane Peterhansel looks set to add anotehr feather to his cap by lifting a record 14th Dakar Rally title as he goes into the last stage with a whopping 15-minute lead.

The Frenchman led the 11th stage from AlUla south to Yanbu beside the Red Sea through the middle section, and led title rival Nasser Al Attiyah by up to 3 1/2 minutes. But Attiyah, a three-time champion, overcame his own punctures to win his sixth stage. However, the Qatari gained only 1 minute, 56 seconds
on second-placed Peterhansel.

"We lost just a few minutes, it's nothing,” Peterhansel said. "There's only one day to go ... it's time to cross fingers and hope that we will be in first place at the end.”

Defending champion Carlos Sainz was third on the stage and remained third overall, more than an hour behind. Kevin Benavides of Argentina looks set to win his first dakar title after holding off Honda teammate Ricky Brabec, the defending motorbike champion from the US. Brabec, who started the stage only 51 seconds and second behind Benavides overall, ended it seven minutes behind and third. 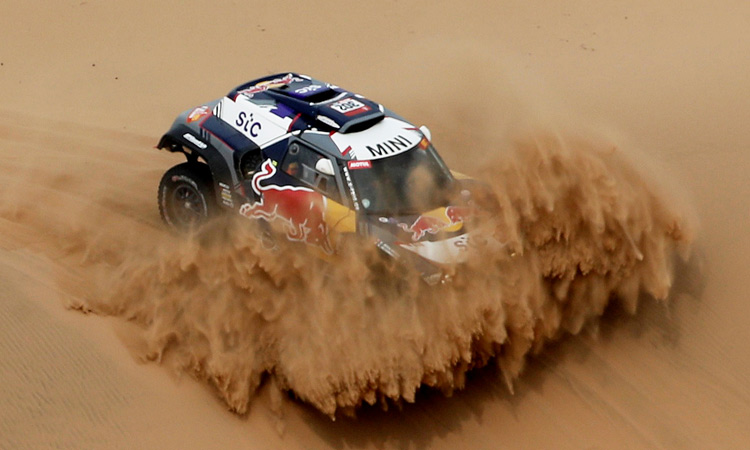 Stephane Peterhansel and Edouard Boulanger in action during stage 11. Reuters

They rode the last 200 kilometres together and opened the way after teammate and Spanish rider Joan Barreda ran out of petrol. Barreda, who started the stage fourth overall, missed a refueling station and lasted only another 50 kilometres, until around 267 kilometres in.

He called for medical assistance and was airlifted out. "Tomorrow we will push like every day, no other strategy than that,” Benavides said. "There are no team orders.”

Benavides’ closest rival became stage winner Sam Sunderland of Britain, the 2017 champion. He clawed back six minutes to lie only four minutes behind going into the last stage. 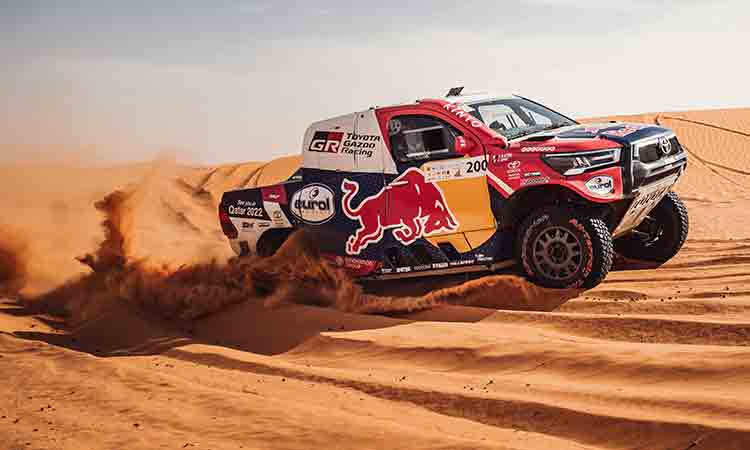 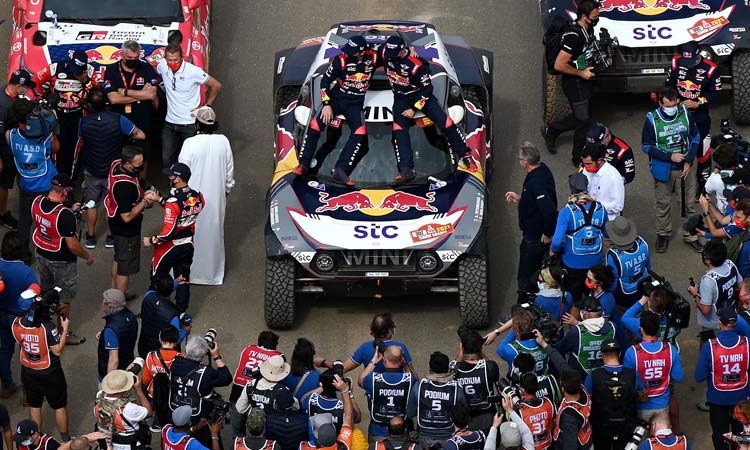 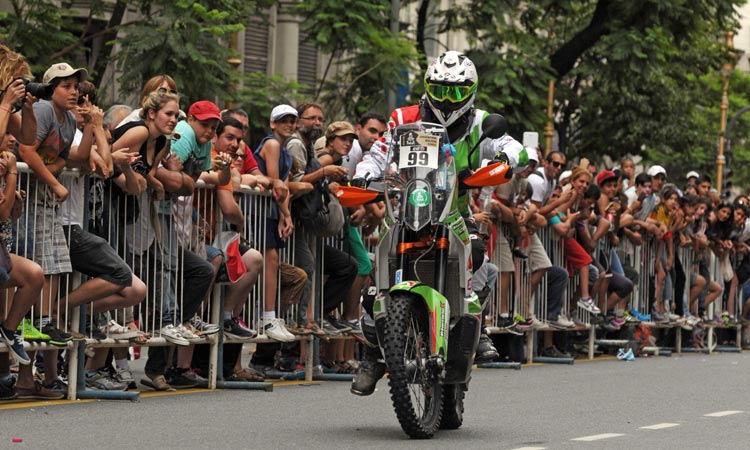