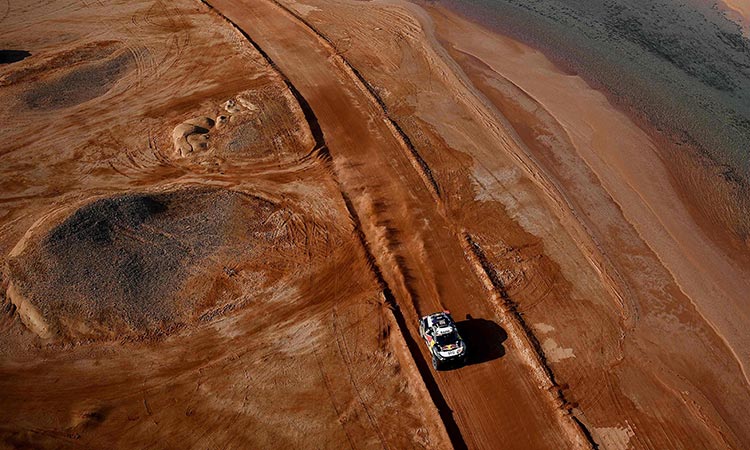 Stephane Peterhansel competes by the Red Sea during the Stage 9 of the Dakar Rally 2021 around Neom, Saudi Arabia. AFP

Peterhansel has led the rally for nine straight days but finally won a stage when French countryman Mathieu Serradori broke down while leading 80 kilometers (50 miles) from the finish of the 465-kilometer (289-mile) loop around Neom in northern Saudi Arabia.

Peterhansel won from Attiyah by 12 minutes, pushing his lead over the Qatari to a handy 18 minutes with three stages to go. 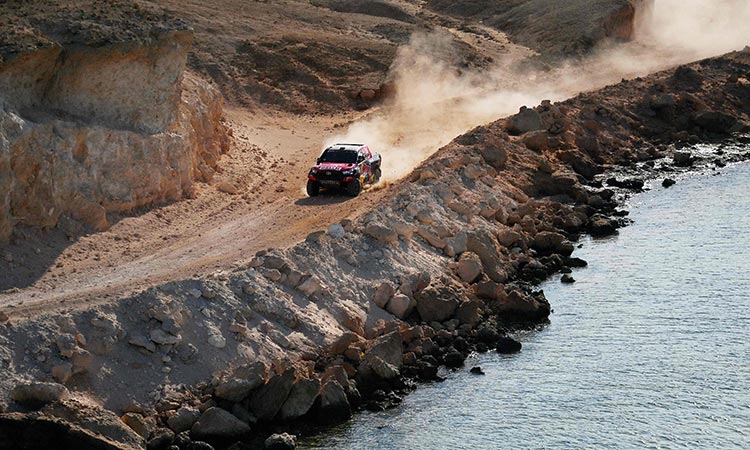 Jakub Przygonski competes by the Red Sea during the Stage 9 of the Dakar Rally 2021 around Neom, Saudi Arabia. AFP

Attiyah suffered three tire punctures which left him with no spares on the stage.

"We can't change anything with the tires. That's life, I'm not disappointed,” Attiyah said. "I'm here at the finishing line.

Everything is possible.” Sainz was the only other driver within two hours of Peterhansel overall. The Spaniard was an hour back after suffering another puncture and a brakes problem.

Bahrain Raid Xtreme’s Sebastien Loeb was forced out after two punctures on Monday. Loeb, who will not be competing in upcoming stages, added: “We have faced a lot of challenges in the last eight days, but throughout this Dakar, myself and Daniel, my co-driver, have been determined to reach the finish of the rally. Every day we remind ourselves how lucky we are that this is our job, and to be part of the BRX team. We came to the Dakar with the same ambition as the team; to achieve great results, but today we had no other choice but to retire.

This morning we made the decision to give Nani and Alex our spare wheels, to optimise their chances, but with punctures during the special stage, it was impossible for us to go any further.” There was mayhem in the motorbike race as two-time champion Toby Price of Australia and Luciano Benavides of Argentina crashed and had to be airlifted to hospital.

Price, second overall, fell about 150 kilometers in and injured his left arm and shoulder. Ricky Brabec and Sam Sunderland waited with him until the helicopter arrived.

Benavides, lying 10th overall, crashed after about 240 kilometers and hurt his shoulder.

Ross Branch, 13th overall, was also out after his Yamaha engine broke.

Kevin Benavides' second stage win of this Dakar improved the Argentine, the older brother of the injured Luciano, from fourth overall to second, 11 minutes behind leader Jose Ignacio Cornejo of Chile. 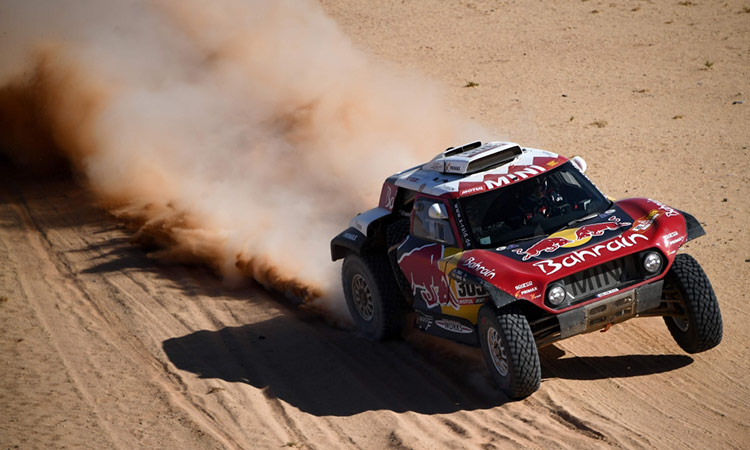 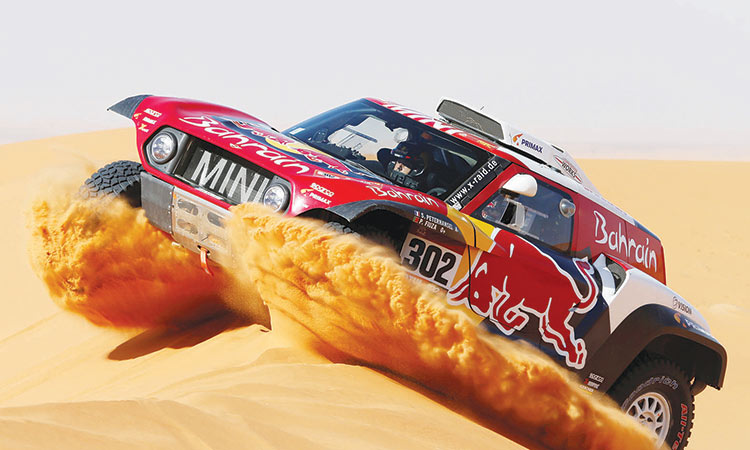 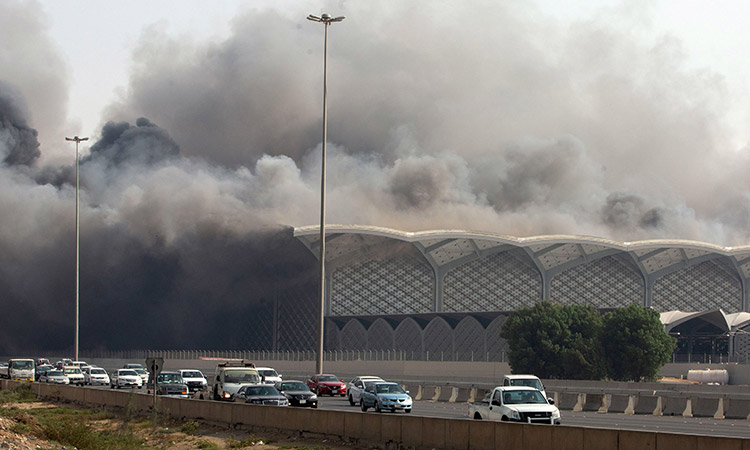