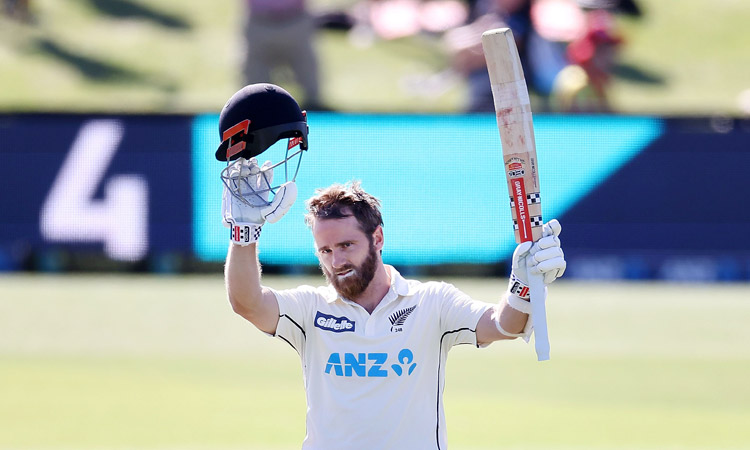 A classic century by Kane Williamson in an unbroken 215-run stand with Henry Nicholls hauled New Zealand into a strong position at 286 for three at stumps on day two of the second Test against Pakistan on Monday.

New Zealand, having recovered from 71 for three in Christchurch, ended the day trailing Pakistan’s first innings 297 by just 11 runs with seven wickets in hand.

Williamson, newly installed as the world’s number one Test batsman, was unbeaten on 112, his 24th century, with Nicholls on 89.

Even when New Zealand were in trouble there was a sense in the side that Williamson would save them. 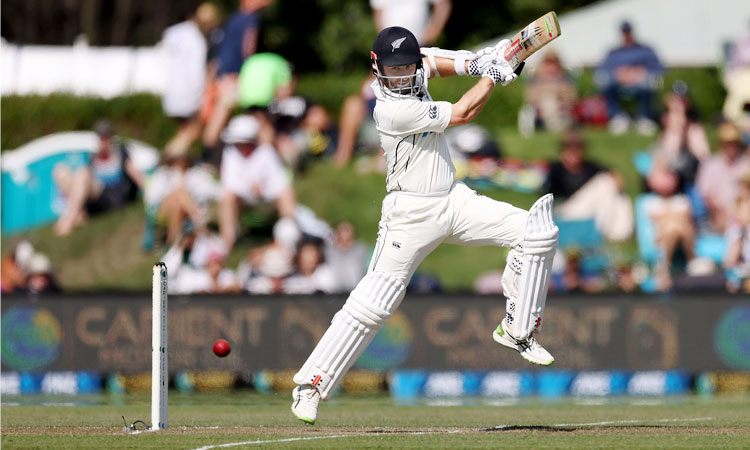 Kane Williamson plays a shot during day two of the second international cricket Test match between New Zealand and Pakistan at Hagley Oval in Christchurch. AFP

“It’s him being him out there, it’s his own little world. He’s one of those players that make the game look really ease yet other people seem to find it not so easy.

“It’s brilliant to watch. When he does get to a score of 100 it’s just another run to him.”

It was Williamson’s third century in as many Tests in the past month, although fortune was on his side.

Late in the day, he was dropped twice and survived a run out when the bail had only partially dislodged in the split second it took to get his bat across the crease.

Pakistan, without a win in 10 away Tests since 2018, would have felt their luck was changing when New Zealand slumped from 52 without loss to 71 for three when Ross Taylor departed in the fifth over after lunch.

It could have been 74 for four when Nicholls was given out early, caught behind for three, only for the dismissal to be reversed by the TV umpire who detected Shaheen Afridi’s delivery was a no ball.

With New Zealand in trouble, Williamson was all patience as he took 70 deliveries to reach 20, but he then put his foot down.

“We had some plans against him but he’s a world-class player. He took his time and when he settled at the crease he got some runs,” Abbas added.

“We bowled well early but after tea some catches were dropped and that’s why we’re struggling.”

New Zealand started their innings on a positive note with openers Tom Latham and Tom Blundell sharing a 52-run stand.

The pitch, although drying, continued to offer the bounce and movement which New Zealand exploited on day one, but with Latham and Blundell taking guard well in front of the crease the Pakistan bowlers were forced to adjust their lines.

The breakthrough came when Faheem Ashraf had a ball jag back sharply and rap Blundell’s pads.

In the following over, Afridi found the edge of Latham’s bat with the ball flying to Shan Masood who spilled the catch at second slip only for his blushes to be spared by the quick reflexes of Haris Sohail who grasped the rebound from first slip.

It was a period when the Pakistan quicks, having found a good line and length, had New Zealand in a vice-like grip.

In five overs either side of lunch, New Zealand scored only five runs before Abbas found the edge of Taylor’s bat and that time Masood made no mistake.

Masood later failed to pouch difficult chances from Williamson on 82 and 107, while Mohammad Rizwan dropped Nicholls on 86.