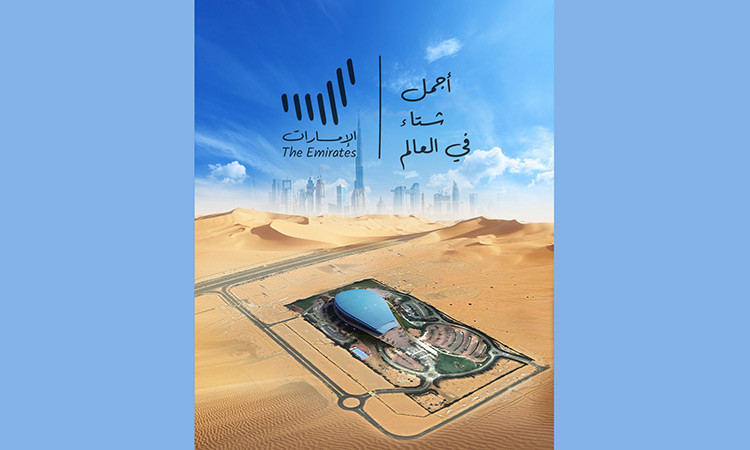 This photo shows the multi-purpose Hamdan Sports Complex in Dubai.

Sports tourism is a key pillar of the country’s tourism movement, with the UAE attracting various international teams, playing many different sports, in the winter to set up their training camps here, or for playing friendly and official matches, thanks to the state's policy of welcoming everyone and providing them with comfort and safety, as well as top-class tourist and sports facilities in different regions of the country.

The Dubai Sports Council and the administration of the Complex have received numerous requests from outside the country to set up camps in various regions of Dubai, including the Hamdan Sports Complex.

The Dubai Sports Council has also produced a short and a social media campaign about sports tourism in Dubai as part of the ‘World’s Coolest Winter’ campaign, confirming the position of sport in the community as well as its growing role in the national economy and national initiatives aimed at introducing the country’s wonderful natural diversity, combined with its modernity, to the world.