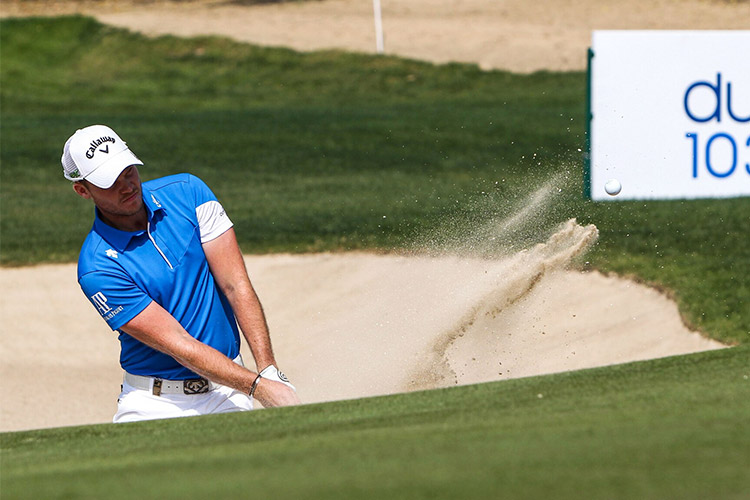 Danny Willett (above) aims to end the year on a high as he takes on a new course at the inaugural Golf in Dubai Championship presented by DP World.

Two-time Race to Dubai winner Lee Westwood, major champions Martin Kaymer and Danny Willett will rub shoulders during the inaugural edition of the tournament, with plenty still to play for as the Race to Dubai draws to a close.

Willett has some very fond memories of competing in Dubai, having won the Omega Dubai Desert Classic in 2016 and the DP World Tour Championship, Dubai two years ago.

He will begin his bid for a Dubai hat-trick on Wednesday alongside fellow Ryder Cup stars Kaymer and four time European Tour winner Thomas Pieters.

Also taking his place in a strong international field this week is World Number 39 Bernd Wiesberger, who will get his first round under way from the tenth tee with Englishmen Matt Wallace and Aaron Rai, who sits sixth on the Race to Dubai Rankings Presented by Rolex.

Willett is back at Jumeirah Golf Estates - the scene of his 2018 win - this week but faces an entirely different test as the venue's Fire Course plays host to the brand new tournament.

Willett will then return to the neighbouring Earth Course for next week's European Tour season finale.

The 2016 Masters Tournament winner, who would secure a hat-trick of different Dubai titles with victory here, is happy to be back in a city that holds such positive memories.

"It’s always a great place to come," said Willett, who starts his first round on Wednesday afternoon. "Regardless of the time of year we get perfect weather, some great golf courses and we get looked after fantastically well.

"It’s a new course, on the Fire track this week, and then back to some good memories on the Earth Course next week, luckily enough. "I'm looking forward to what could be a nice two weeks at the end of the year.

"I’ve been fortunate to win at some fantastic golf courses and places around the world. They often go hand in hand – if you have a nice week and you like where you are going to and the vibe of the place, you are a bit more relaxed and enjoy the week a bit more.

"This place in particular, I love Crans – we’ve won there – I love Sun City. You get those vibes when you come back, the Englishman added.

The German comes into this week's event in fine form, having recorded top tens in each of his last two starts on the European Tour, and he is looking forward to competing at Jumeirah Golf Estates.

Kaymer said: "Once you have early success in your career on the golf course or in an area it's very difficult not to like it. Especially in Abu Dhabi, that was the first win of my career.” Wallace is hoping to play his way into contention at this week's inaugural Golf in Dubai Championship presented by DP World, just as he did at Fairmont St Andrews in October.

The Englishman put on a brilliant show in the early rounds of the Scottish Championship presented by AXA to open up a three shot lead after 54 holes.

Wallace had to settle for second place in the end as Adrian Otaegui shot a closing 63 to storm to victory, but he has set his sights on challenging again at Jumeirah Golf Estates as he seeks a return to the top 50 of the Official World Golf Ranking.

"My game is there and I’m just being consistent, doing the same thing over and over and hopefully I can produce another result like Scotland and give myself a chance.

"Now is where I believe I should be able to compete, I’m playing really well and my expectations are there for me to do the same things on the golf course as I’m doing in practice rounds.

"I’m showing that on the course, so I just need to do that again. My expectations are there to produce and where I’m at in the world, 51 having moved outside of the top 50, so I’m looking to move back inside." 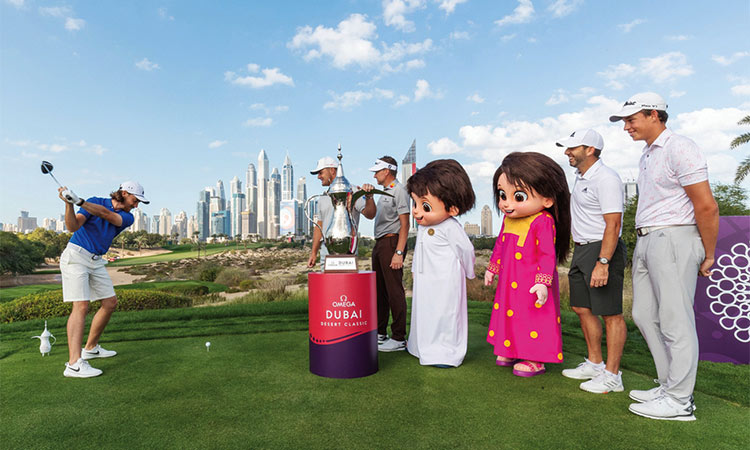 To mark the 31st edition of the Omega Dubai Desert Classic, which will be taking place between Jan.23 to 26, defending champion Bryson DeChambeau, 2017 champion Sergio 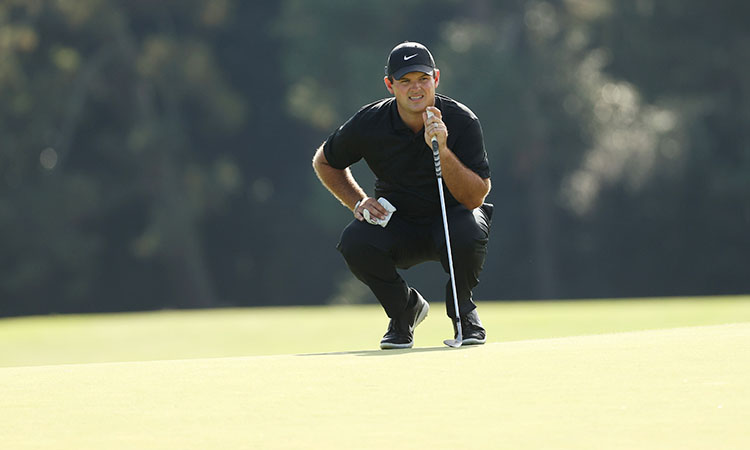 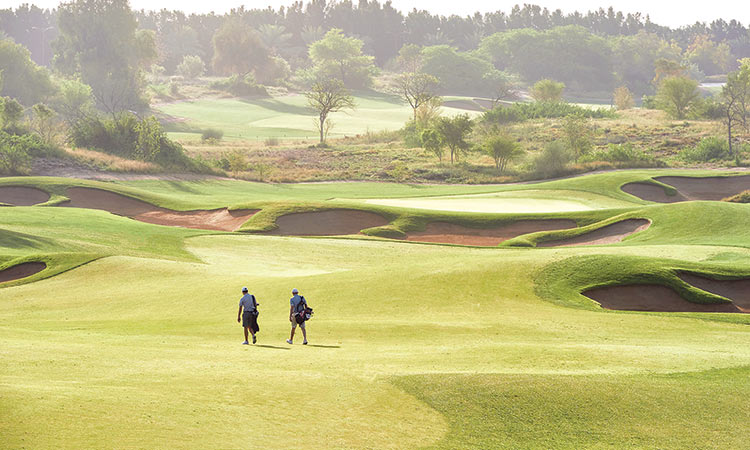 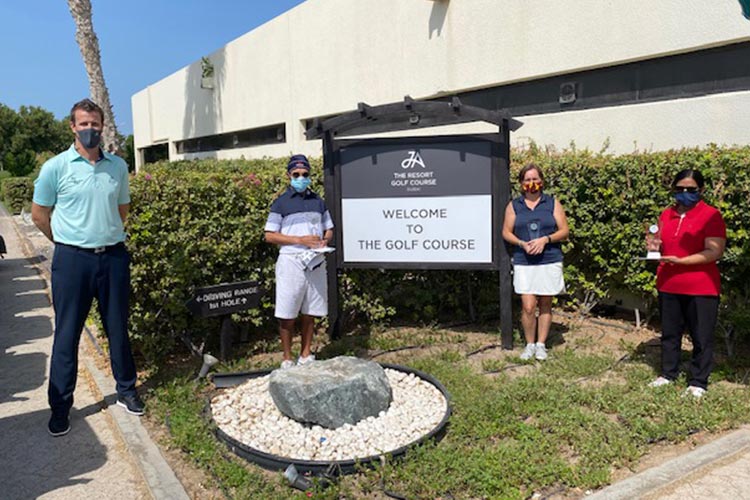 Trine Skov (22) shot an impressive 56 Stableford points to win the JA End of Season Classic at JA Resort. The 27 hole event over two days in the coolest weather of the season to date, saw Skov lead the field by 6 points after the first 18 holes. 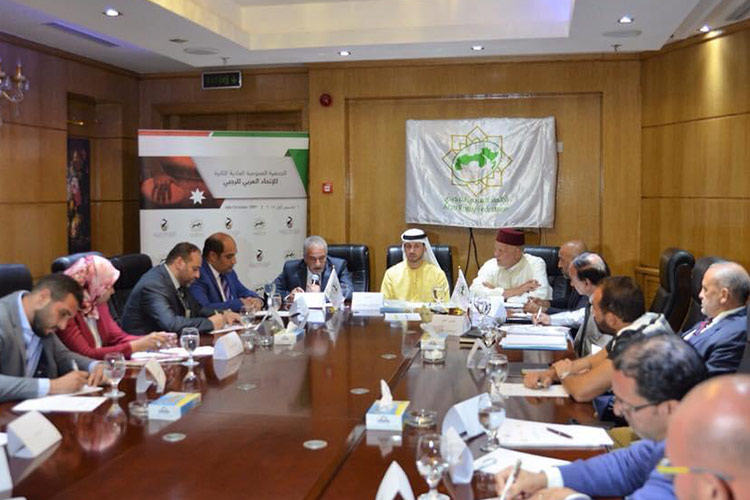 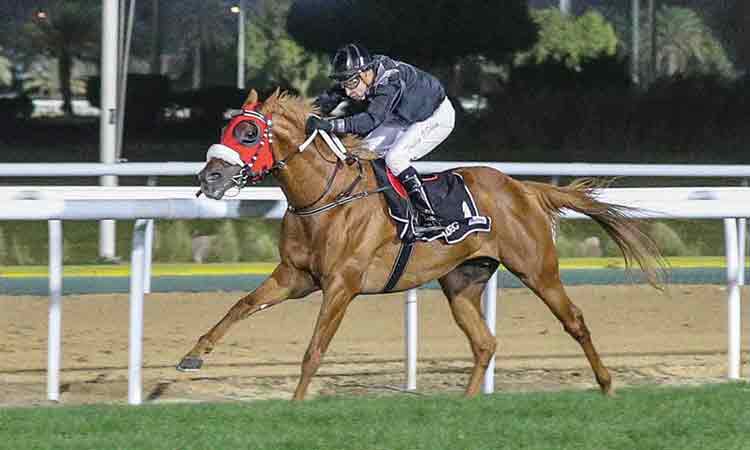