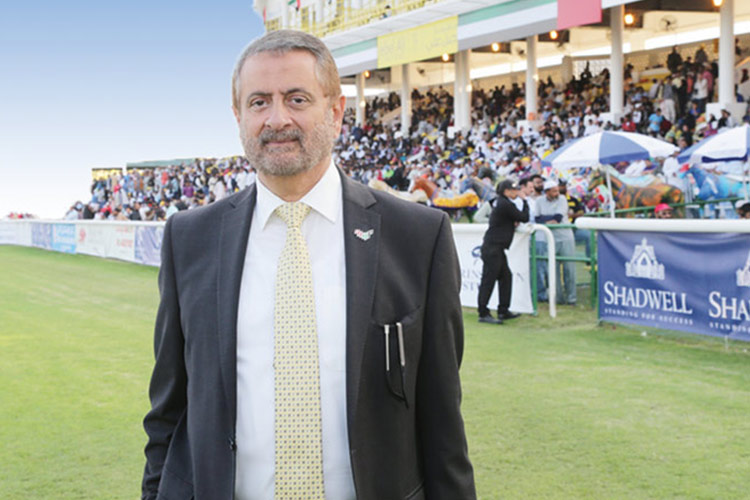 The newly modified track of the Jebel Ali Racecourse hosted its first race of the season with a bang on Friday.

Much to the delight of Jebel Ali Racecourse’s manager Shareef Al Halawani, the revamped surface received appreciation from the stewards, trainers and jockeys following the smooth ride at the end of the seven-race card meeting.

The Emirates Racing Authority officials led by Sam Shinsky, head of the stewards committee, kept a close eye on the work being done on the surface and inspected the track ahead of the race.

Shinsky’s team was also present for the season opener and later gave the seal of approval to the Jebel Ali Racecourse management.

Speaking to the Gulf Today, Halawaini said: “Shinsky gave the nod and mentioned that all the jockeys were very happy with the track and soil.

“The kickback is not harmful at all, which is actually like a certificate for us that the efforts being made by us were in the right direction. Satisfied with the surface, the riders are saying they are not afraid to run the horse at full speed.

“I believe that race after race the situation will improve further as this is a new track and it needs time to settle down.

“I hope the track will react better and better for the future races, and am confident that all the jockeys will keep giving a positive response, ” he added.

Well known for its steep European style finish, the Jebel Ali race track and grandstand were constructed following the specifications laid down by Sheikh Ahmed Bin Rashid Al Maktoum in 1990. The racecourse hosted its first ever meeting in January, 1992 and has never looked back since.

Halawani, who is associated with Jebel Ali track for the past 27 years, likens his relationship with the Jebel Ali racecourse as a father's to his baby, and is elated with its success, now that it has become a giant.

“My relationship with the racecourse is akin to that which a father enjoys with his son or daughter.

“It’s is my baby. As a project manager I actually put each and every block of this racecourse. In 1990-1991 we constructed the track and 1992 witnessed the first race.

“Still I am proud of what we did under the direction of Sheikh Ahmed.

“Sheikh Ahmed has very far vision. When he had chosen the place for track and uphill the people had their doubts. But off course later Sheikh Ahmed's vision proved he was 100 percent right. We are still reaping the rich benefits of his vision,” Halawani added.

Over the years the Jebel Ali Racecourse has become famous for its 'Garden Party' like atmosphere but for the first time the races were held behind closed doors under guidelines from the UAE government, following strict health and safety measures.

“We have to wait till things will improve. And I wish to see crowds back in the stands as they are the spirit of Jebel Ali Racecourse,” Halawani signed off.