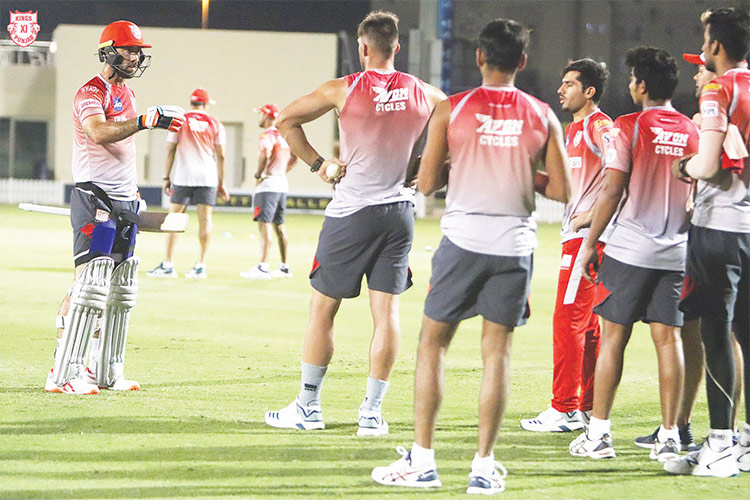 An underwhelming Kings XI Punjab (KXIP) will fancy their chances of remaining afloat with a victory over favourites Mumbai Indians (MI) in their second match of Sunday’s double-header at the Indian Premier League (IPL) in Dubai.

Both Mumbai’s batsmen and bowlers have been in astounding forms and delivered whenever needed. Mumbai’s pace trio of Jasprit Bumrah, Trent Boult and James Pattinson have been instrumental in their winning run at the tournament.

Zaheer Khan, director of cricket operations at Mumbai, expressed his satisfaction with the performance of the team.

“We have a great cricketing rhythm going at the moment. And that is something which is very important for us to continue with. So staying in the right zone is something everyone is keen on,” said Zaheer.

“And that is what as a group we are going to encourage going forward. For us it is very important to set the tone nicely and that is what Boult has been doing.

“He has been swinging the ball and we have been putting the responsibility on Bumrah to do the tough job. We know it is not easy for nay bowler to come late and then have this kind of impact,” added former Indian pace spearhead.

“Bumrah is a match winner and that is a big responsibility. He walks on to the field. And he has been doing that so fantastically. And it is very important for us in the back end of the tournament. That all the bowling unit should click and that is what we have been trying to make sure,” continued Zaheer.

“That is not about the individual thing but as a bowling unit. We should collectively have the same impact and that is what we have been doing so far in the tournament.”

Praising South African batsman Quiton De Kock for his stupendous knock against Kolkata in their last match, the former Indian pacer said: “It is great to see him and the kind of impact he is making on the tournament.

“Actually, that takes the pressure off the middle order. And that is very important. How we are talking about the bowling is equally important for the batting as well.

“The opening partnership between Rohit and De Kock more times than not have the kind of impact which set the tone for the middle order to go out there and impose themselves on the bowlers,” concluded Zaheer.

On the other hand, Punjab are at the bottom of the standings with just four points. Every game is a must-win match for them to stay alive in the tournament. They have been bolstered by the return of Chris Gayle.

The swashbuckling West Indian batsman had his impact on the match as shared 90-run stand with KL Rahul before Punjab survived a last over scare to end their five-game skid against Bangalore.

Meanwhile, in the other match of the day, Sunrisers Hyderabad will take on Kolkata. Both the teams are coming into the match on the back of defeats.

Kolkata have lost their last two consecutive matches against Mumbai and Bangalore respectively. On the both the occasions, they have been let down by their batsmen. Their whole batting revolves around Shubman Gill and Eoin Morgan.

An out of form Dinesh Karthik conceded captaincy to Morgan after going through a bad patch in the first-half of the tournament. With the change in leadership, Kolkata will hope for a turnaround in their fortune as well.

Kolkata are at the fourth spot with eight points while Hyderabad are pressing hard on their tail with six points. Hyderabad will look to claw their way back into the top four to boost their hopes of semi-finals.