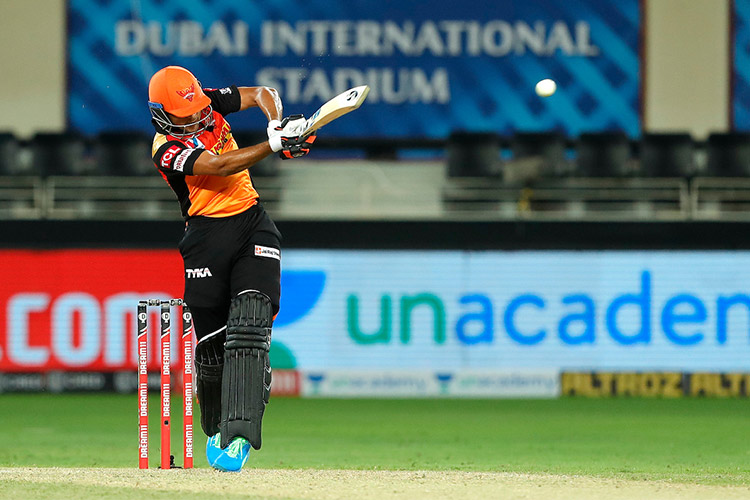 SRH’s Priyam Garg celebrates his fifty against CSK during their IPL match in Dubai. Courtesy: Twitter

Dubai: It was the turn of Sunrisers Hyderabad (SRH) bowlers to get into the act after batsman Priyam Garg’s (51) stupendous fifty gave them a decent total to defend, and in the end, win a thriller of an Indian Premier League (IPL) match in Dubai by seven runs on Friday.

After posting a fighting 164/5, Hyderabad restricted Chennai to 157/5. Despite a late revival crafted by Ravindra Jadeja (50) and MS Dhoni (47), Chennai fell short and failed to go over the line.

Dhoni and Jadeja anchored the innings with a 72-run partnership for the fifth wicket but consumed too many deliveries, resulting in the asking rate sky-rocketing to 16 per over at one stage. Both the batsmen did try to rekindle the team’s hopes with some big shots but by then it was too late.

Earlier, Bhuvneshwar Kumar and Rashid Khan bowled captivating spells to push Chennai on the backfoot from the beginning.

Kumar rattled the stumps of Shane Watson in the first over to give Hyderabad a start they needed. He returned with figures of 1-20 from his 3.1 overs while Rashid conceded 12 runs in his four overs. Though the wily Afghan spinner did not pick up any wicket, he  choked the flow of runs, thus mounting pressure on the Chennai batsmen. Eight of the 12 runs that he conceded came off his fourth over, such was the spell that he cast in his first three. Chennai batsmen took their chances against T Natrajan and Abdul Samad and threw away their wickets to be reduced to 42-4 in 8.2 overs before Dhoni and Jadeja combined to do some damage control. 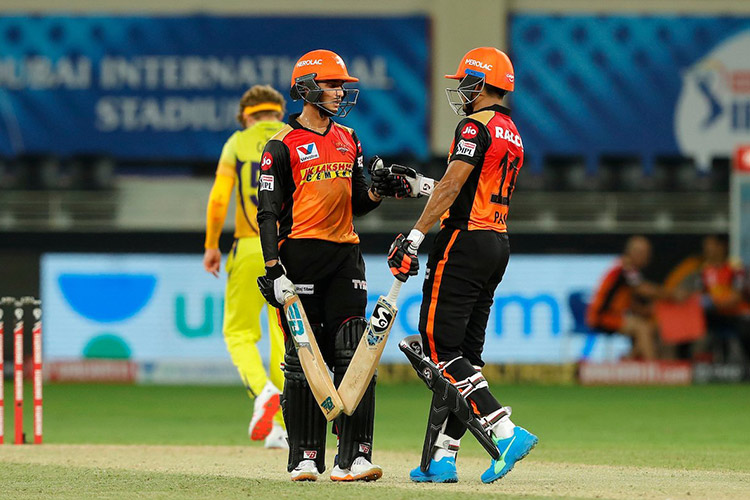 Priyam Garg and Abhishek Sharma share a light moment during the match.

Earlier, Garg’s blitz down the order helped Hyderabad surge to a fighting total of 164/5 after a flop show by their top order. When Garg came out in the middle, Hyderabad were reeling at 69/4 off 11 overs with all their top batsmen back in the pavilion.

Hyderabad were reduced to 69-4 from 69-2 within the space of two deliveries. Du Plessis took a stunner off Chawla to get rid of Warner (28). Off the next ball, Williamson was found short of his ground when Dhoni dislodged the bails after a sharp throw from Rayudu, leaving Hyderabad in a quagmire.

They desperately needed someone to play a sheet anchor’s role while also spurring the run rate at one end. With two new batsmen – Ahishek Sharma and Garg -- at the crease, it was going to be a testing time for Hyderabad.

Sharma was the first to change gears after the duo had played out two overs quietly. He collected 14 runs off the 14th over bowled by Jadeja, hitting the bowler for a six and a four.

It was in the 17th over that Garg flexed his muscles, hitting Sam Curran for 22 runs with the help of two boundaries and a six. Five runs off an illegitimate delivery brought more incentive for Hyderabad as they moved to 133/5 with three overs remaining.

Chahar broke the dangerous-looking partnership in the 18th over but by that time, the damage had been done. The duo had already added 77 runs for the fifth wicket in seven overs. In the last two overs, Hyderabad scored another 18 runs to end up with a fighting total that their bowlers could defend. Garg remained unbeaten on 51 off 26, hitting six fours and one over the top.

Earlier, Bairstow’s bad form with the bat continued as Chahar rattled his stumps in the very first over to give a jolt to Hyderabad. Warner and Manish Pandey (29) took the score to 41 before the latter was dismissed by Thakur. 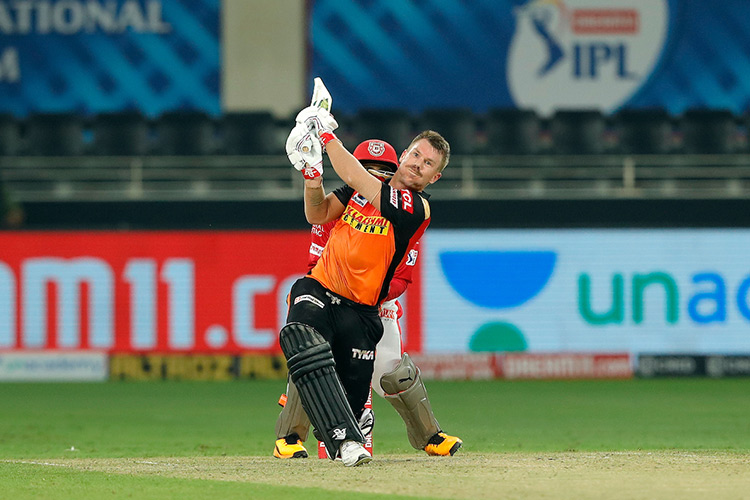 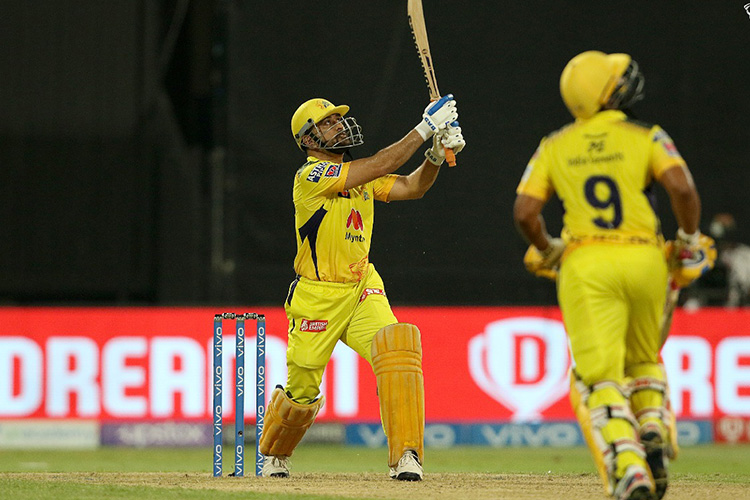