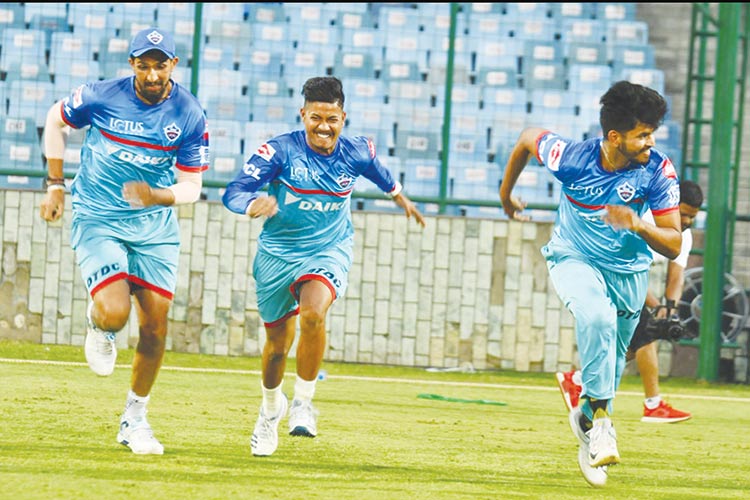 The IPL Governing Council on Sunday announced the schedule for Dream11 Indian Premier League 2020 to be held in UAE.

The season will kickstart on 19th September in Abu Dhabi with a blockbuster clash between defending champions Mumbai Indians and Chennai Super Kings. 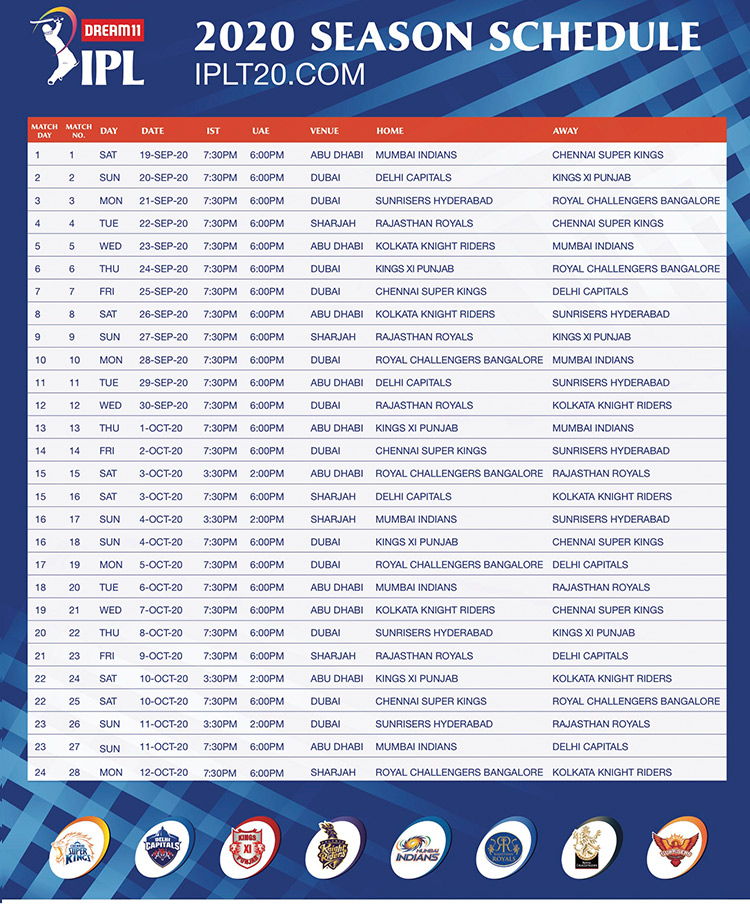 After the tournament opener on Saturday, Dubai will host its first game on Sunday when Delhi Capitals take on Kings XI Punjab followed by the third match on Monday between Sunrisers Hyderabad and Royal Challengers Bangalore. 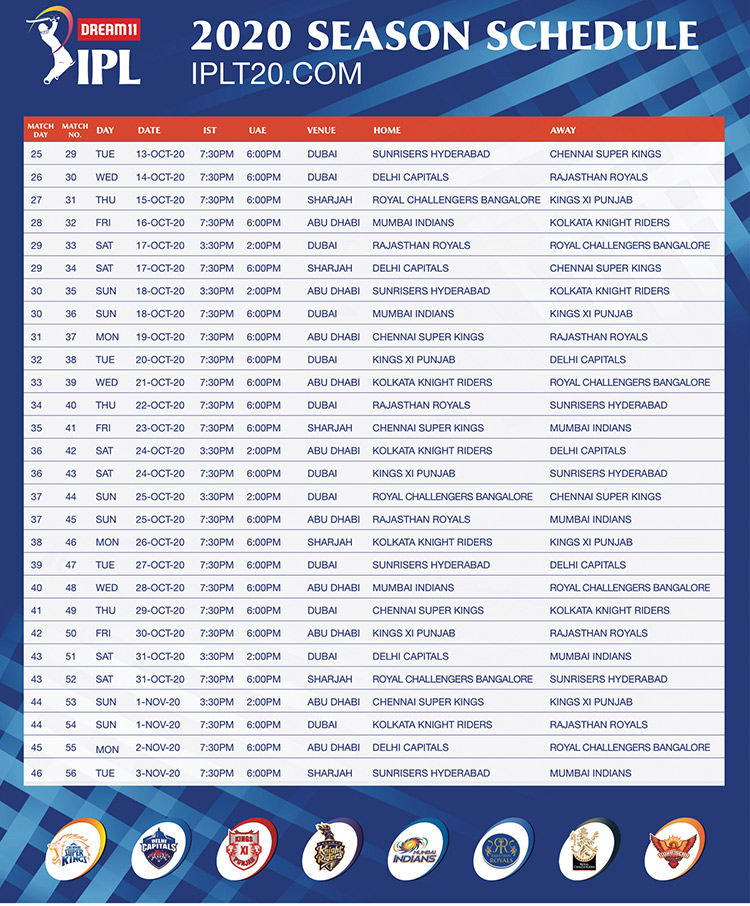 Venues for the playoffs and the Dream11 IPL 2020 final will be announced later.