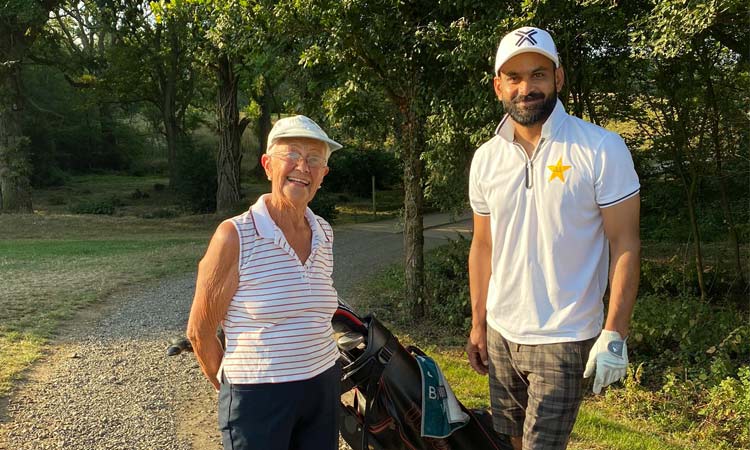 Hafeez tweeted a photograph of himself taken with a woman on the golf course near Pakistan's onsite hotel at the Ageas Bowl.

Pakistan's Mohammad Hafeez has been forced to self-isolate after breaching coronavirus protocols by meeting a member of the public while playing golf ahead of the second Test against England, team management said on Wednesday.

Hafeez tweeted a photograph of himself taken with a woman on the golf course near Pakistan's onsite hotel at the Ageas Bowl, where the second Test starts on Thursday. 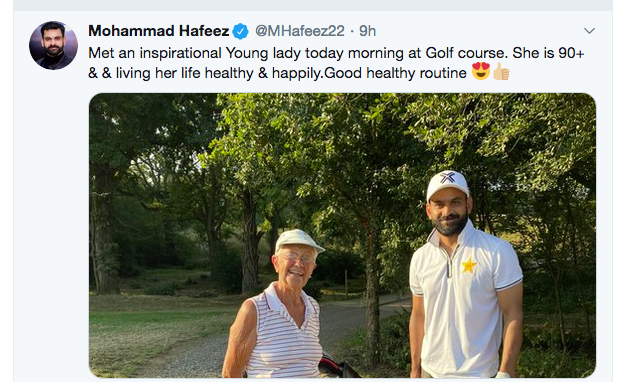 But with the photograph clearly showing Hafeez and the unnamed individual were within the two-metre guideline for social distancing, the Pakistan Cricket Board (PCB) announced later on Wednesday the all-rounder would be isolated.

"This morning, Mohammad Hafeez went to a golf course, which is adjacent to the team hotel and part of the bio-secure bubble," said a PCB statement.

"During the golf round, he was photographed with a member of the public, which he subsequently posted on his social media account.

"As it was evident from the photograph that Hafeez had breached the two-metre social distancing protocol and following a consultation process with the team doctor, the team management has decided to isolate him until he returns a negative COVID-19 test.

"Hafeez underwent the COVID-19 test late on Wednesday afternoon and the result is expected at some stage on Thursday."

"The team management believes it was an inadvertent mistake, but a good reminder for everyone on the importance of following the bio-secure protocols, which have been designed for the health and safety of everyone involved in the series."

The PCB said the England and Wales Cricket Board had been informed of their action regarding Hafeez.

While players from both teams have been permitted to use the golf course at the Ageas Bowl, they have been advised to avoid interaction with anyone outside the 'bubble' as the course remains open to the public.

The 39-year-old Hafeez is not a member of Pakistan's Test squad, but is on the tour ahead of the three-match Twenty20 series starting on Aug.28.

An opening batsman and off-spinner, Hafeez tested positive for COVID-19 before leaving Pakistan.

Hafeez then had a private test of his own, which produced a negative result.

He then returned two more negative tests, with the PCB then allowing him to travel to England.