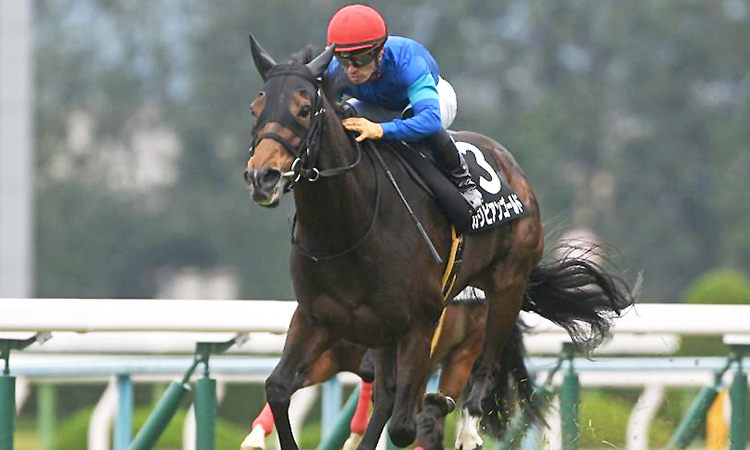 Caribbean Gold goes in search of more G3 Black Type when she lines up in the Hokkaido Shimbun Hai Queen Stakes for a second successive year at Sapporo in Japan on Sunday.

Super sprinter Battaash produced another blistering performance on Friday, destroying his own track record to win the King George Stakes for a fourth time at Glorious Goodwood.

Battaash and Jim Crowley never had any concerns with his six rivals as he timed 55.62 seconds over the five furlong (1,000 metres) distance, blitzing his old mark of 56.2.

“He was good, as he was getting a bit lonely out front so I had to keep his mind on the job,” said Crowley.

“It is so hard to find horses to keep him company as he is so fast.”

Crowley, who also won the Group One Sussex Stakes on Mohaather on Wednesday, said Battaash had ditched his old habit of running a very good race followed by a howler.

“I think we can safely say as he has got older he has become much more consistent,” said Crowley.

His trainer Richard Hills said having such a horse boosted morale in the stables.

“He is so talented. I am so very proud of him,” said Hills.

“It is great for the sport to have him and other class veterans like Enable and Stradivarius. To be involved with such a horse is a great honour.”

Hills said there was no pressure to retire the gelding.

Recent G3 winners Half Light and Summer Romance bid for G1 glory in the Prix Rothschild over a mile at Deauville in France on Sunday.

Half Light (Mickael Barzalona) is unbeaten in three turf appearances for Henri-Alex Pantall and the daughter of Shamardal makes her G1 debut following a brave success in the G3 Hamburger Stutenmeile over a mile at Hamburg in Germany on July 12.

The four-year-old also showcased her tenacity when making all in the 10-furlong Listed Prix Urban Sea at Lion d’Angers in June and also scored in a mile conditions race at Vichy in May.

Three-year-old Summer Romance (William Buick) finished eighth on her seasonal return for Charlie Appleby in the G1 1,000 Guineas over a mile at Newmarket in June.

She improved on that effort when dictating from the front for a comfortable success in the G3 Princess Elizbeth Stakes over an extended mile at Epsom Downs on July 4.

Lisa-Jane Graffard of Godolphin said: “Half Light is in very good form and Henri-Alex Pantall is very happy with how she has come out of her G3 win in Germany. There are not a whole lot of options for her to run against her own sex at G1 or G2 level, so this race was under consideration after her last win. This looks a tough task but Half Light runs a good race every time and we would be delighted if she can finish in the first three.”

Charlie Appleby said: “We were very pleased with the performance of Summer Romance at Epsom and she came out of the race well. She made the running there but doesn’t have to go from the front - it wasn’t the plan to make it last time out but nobody else wanted to go on, so we took the bull by the horns. We feel that this is a good opportunity to hopefully step up to G1 level.”

Caribbean Gold returns: Caribbean Gold goes in search of more G3 Black Type when she lines up in the Hokkaido Shimbun Hai Queen Stakes for the second successive year at the Sapporo in Japan on Sunday.

The Stay Gold mare finished a close third in the nine-furlong contest 12 months ago and also placed at G3 level when going down by a nose to Deirdre in the Shion Stakes over a mile and a quarter at Nakayama in September, 2017.

Caribbean Gold (Kota Fujioka) was second on her first start of 2020 in the mile Listed Rakuyo Stakes at Kyoto in February and narrowly missed out on third in the G3 Fukushima Himba Stakes over nine furlongs in April.