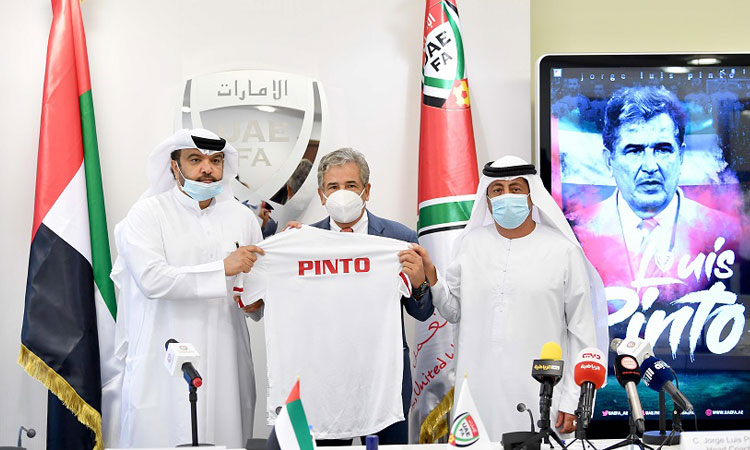 Jorge Luis Pinto was unveiled as the new coach of the UAE national football team amid fanfare in Dubai on Wednesday.

New football coach Jorge Luis Pinto embarks on a new voyage with the UAE, his sights firmly set on his goal of taking the team to the 2022 FIFA World Cup in Qatar.

Pinto was unveiled to the media amid fanfare at the UAEFA headquarters in Dubai on Wednesday one month after signing the contract.

Pinto replaced Ivan Jovanovic, who was sacked even without taking the charge of the team for a single game.

“I might be the most passionate coach in the world about reaching the next World Cup and I am very enthusiastic about working as UAE national team coach,” said Pinto.

“I will develop the tactical side of the team and also talk to my players about how serious they are in pursuing their dream of representing their country at the showpiece event.

“I want players to harbour this dream with me and realise it with me. There is nothing more satisfying than representing your nation at the pinnacle of the sport,” he added.

The hexagenerian’s primary task is to see the UAE through to the next round. UAE exuded their confidence in the experienced coach, who accepted the challenge of keeping their slim hopes of World Cup alive.

He has been handed a two-year contract with the option of a further extension, depending on the performance of the team. Pinto confirmed that he had obtained a lot of information about the UAE team.

"I followed and analyzed many of the matches of the Arab and Asian teams before coming to the UAE. Football has no language and no boundaries. It is not difficult to interpret it anywhere. I am sure that we will contribute to the development of the UAE team."

“We will work on strengthening our defence, which has been a main concern in the technical aspect of the game,” said Pinto.

He is trying to get his name embossed in a chunk of UAE football history by guiding them to the second ever World Cup finals. Pinto vowed to give his all and leave a mark on the UAE football.

“I know it is a difficult stage and we have to get through it before we can dream further. I have confidence in the players and we will sit together to see what is needed to advance to the next stage,” added the coach.

UAE, who started off well with emphatic victories overs Malaysia and Indonesia, are facing a tough task of reviving their faltering campaign after having gone down to Thailand and Vietnam.

One thing that is positive from the UAE’s point of view is that three of their four matches are at home. They will take on Malaysia on Oct.8 before travelling to Indonesia five days later.

They play their last two qualifiers against Thailand and Vietnam on Nov.12 and 17 respectively on the home turf.

Pinto has the experience of previously managing the teams like Costa Rica, Colombia and Honduras. He is best known for his stint with Costa Rica where he guided the minnows to the quarter-finals of 2014 World Cup beating.

In their dream run-up to the quarter-finals, Costa Rica defeated the teams like Uruguay and Italy. It also remains the Costa Rica’s best performance in their World Cup history. 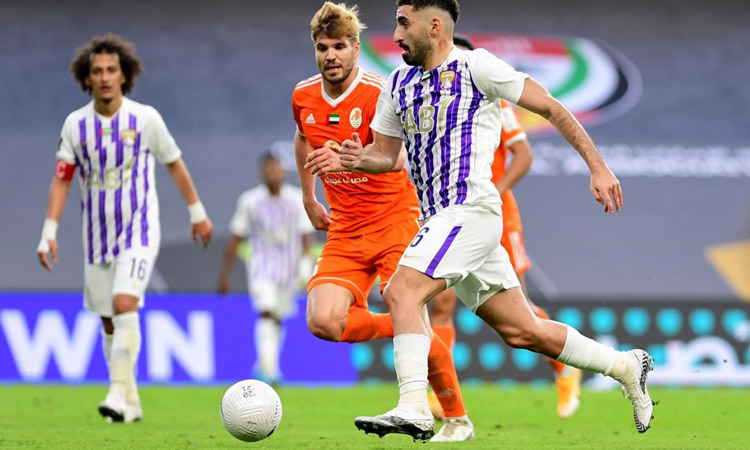