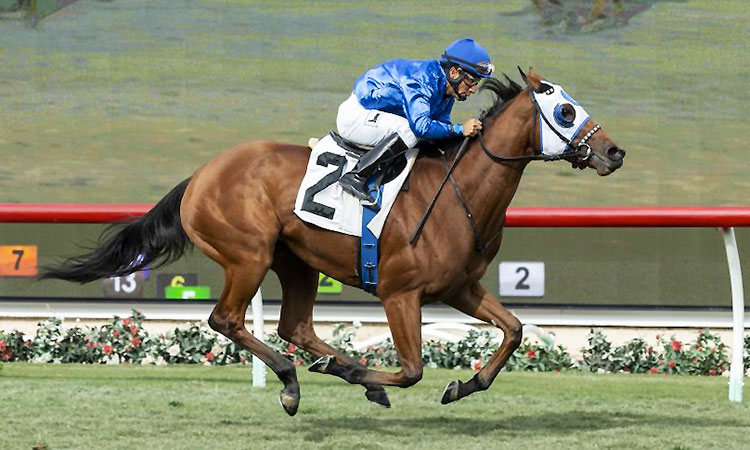 Three-year-old Alms looks to regain the winning thread when she finally gets the chance to run in the G2 Appalachian Stakes at Keeneland in US on Saturday.

The Michael Stidham-trained filly had been scheduled to line up in the mile turf contest in April, only for Keeneland’s Spring Meet to be cancelled due to the COVID-19 pandemic.

Instead, Alms (Joel Rosario) was rerouted to the Tepin Stakes, also over a mile, at Churchill Downs in May, in which she met with a first career defeat when coming home fifth after being denied a clear run.

The daughter of City Zip made a winning return to action with an easy win in the mile Shantel Lanerie Memorial Stakes at Fair Grounds in February. She also posted two impressive G3 victories as a two-year-old in the Matron Stakes at Belmont Park and the Jimmy Durante Stakes at Del Mar.

Stidham said: “Alms has been doing very well. She has been training at Fair Hill and we shipped her into Keeneland on Tuesday. She has galloped nicely and schooled in the paddock, so we are ready to go.

“The Tepin Stakes was a very strong race, with Breeders’ Cup winner Sharing in the field, but I wasn’t delighted with the trip that Alms had that day. She is a free-running filly but was bottled up behind horses and I don’t think she loved the trip.

“We are going to come out of the stalls running this time and will be very forwardly placed. Hopefully, we can rebound from her last run.”

Lord Tennyson back at Ascot : Unexposed four-year-old Lord Tennyson returns to Ascot in UK for the G2 Summer Mile on Saturday.

The son of Poet’s Voice switches to the round course at the Berkshire track after suffering significant trouble in running when coming home 11th behind Dark Vision in the Royal Hunt Cup over the straight mile on June 17.

Lord Tennyson, who is trained by John Gosden and ridden by Robert Havlin, was second in the mile Listed Paradise Stakes at Newmarket on June 5, and made a winning debut over the same distance on Polytrack at Chelmsford City in February.

Elsewhere, Debut winner Master Of The Seas steps up to G2 company for the Superlative Stakes over seven furlongs on the third and final day of Newmarket’s July Festival on Saturday.

The Charlie Appleby-trained colt, whose sire Dubawi captured the same race in 2004, stayed on well to score by three-quarters of a length in a seven-furlong novice race on Newmarket’s Rowley Mile course on June 18. William Buick takes the ride on the two-year-old Godolphin homebred.

Charlie Appleby said: “We were pleased with Master Of The Seas on his first start and he has done well since. We feel that he doesn’t look out of place in a contest like this and should hopefully run a very respectable race.”

Meanwhile, Quorto, winner of the G1 National Stakes in 2018, sadly suffered a fatal injury during routine work at Moulton Paddocks on Thursday, 9 July.

Quorto was unbeaten in three starts at two, winning on his debut at Newmarket’s July course in June before returning to the same course the following month to take the G2 Superlative Stakes, then rounding off his campaign with a superb victory at the Curragh.

His trainer Charlie Appleby said, “Quorto was a very talented colt who was absolutely brilliant when winning the National Stakes.

“It is a great shame that we did not get to see him on the racecourse again and he will be sorely missed by all the team at Moulton Paddocks.”