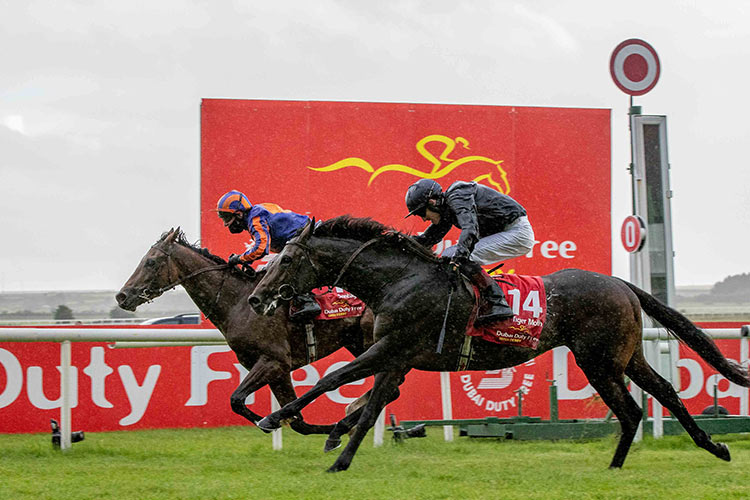 Santiago at the finish line at the Dubai Duty Free Irish Derby.

Santiago emerged victorious to provide trainer Aidan O’Brien with victory for an incredible 14th time.  It was a truly courageous effort from the 2/1 favourite, coming just eight days after his Queen’s Vase triumph at Royal Ascot which was just his first run since winning his Listowel maiden last September, but he found plenty of reserves when jockey Seamie Heffernan went for home turning at the two-furlong pole.

Colm McLoughlin, Executive Vice Chairman and CEO of Dubai Duty Free said, “We are pleased to have once again supported the Dubai Duty Free Irish Derby, albeit under very different circumstances this year. It was important for racing that this weekend festival went ahead and while we were not able to be at The Curragh in person this year, we enjoyed watching the spectacle on TV from Dubai.

"Congratulations to The Curragh, Horse Racing Ireland and the Turf Club for staging the event successfully whilst following all safety protocols.  Congratulations also to Aidan O’Brian and the team at Coolmore for winning the Dubai Duty Free Irish Derby for a remarkable 14th time.”

The exciting race was beamed around the world to its widest audience ever.  RTE was the host broadcaster and syndicated the racing programme to several international outlets.

It was televised on Fox Sports in America and the Green Channel in Japan for the first time. With Fox Sports boasting a reach of 100 million viewers in a single weekend and Green Channel available in 40 million homes the Dubai Duty Free brand reached all corners of the globe.

Coverage of the premier race was also available on a myriad of other networks in America, Canada, Latin America, Caribbean, Australia, New Zealand, South Africa, 17 countries in the Middle East and North Africa and of course Europe.

Speaking to the media after the race was over O’Brien said, “It’s a great credit to everyone for getting racing back. There’s an awful lot of people who depend on it, a lot of livelihoods. It’s a strange time but times will change, and owners will get back racing. It’s great that it’s happening and a big credit to everyone that’s making it happen.”

Dubai Duty Free, the world’s leading airport retailer has been the title sponsor of Ireland's premier Classic since 2008.  Over the years the title sponsor has helped to build the festival into a must visit event with lots of activities happening both on and off the track such as a Best Dressed Lady Competition, a charity ball, a golf classic and local initiatives for businesses and traders.

Although people couldn’t attend the race itself, The Curragh Racecourse ran lots of initiatives on social media in order to try and encourage people to engage with the race and to have their own Dubai Duty Free Irish Derby Party at home. 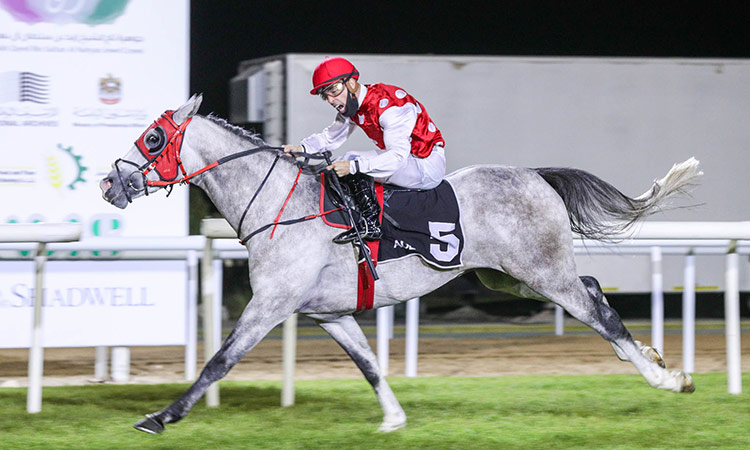 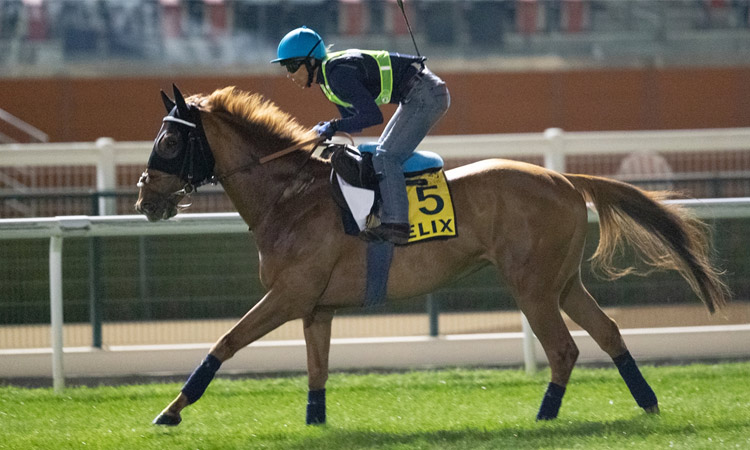