New AGL season likely to get under way in September - GulfToday 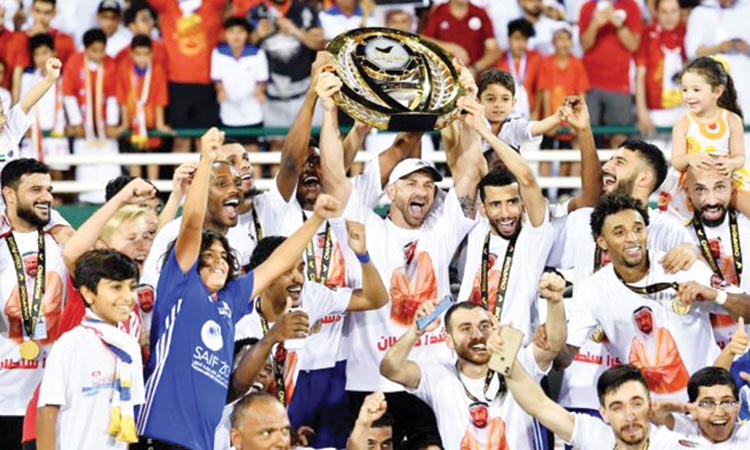 The AGL season was suspended in mid-March due to the coronavirus.

The new Arabian Gulf League (AGL) season is likely to kick off in September, it was confirmed by the UAE Pro League after a meeting with the UAEFA.

The Arabian Gulf Cup (AGC) matches on Sept 3 are likely set the ball rolling, which will be followed by AGL matches either on Sept 8 or 9, but the final dates are yet to be announced.

“We pondered over to start the new season on Sept3 with Arabian Gulf Cup (AGC) matches followed by AGL matches on the following week on Sept8 or 9 but the final dates will be decided after the Asian Football Confederation (AFC) releases the Asian Champions League (ACL) fixtures later this month,” a Pro League spokesperson told Gulf Today.

We did not get the season under way with the Arabian Gulf Super Cup last season and before that also.”

Earlier, the AGL season was suspended in mid-March due to the coronavirus, which brought the whole sporting fraternity across the globe to a grinding halt.

In a major overhaul, the UAE Pro League general assembly decided to suspend the relegation, coronation and promotion system for the current season.

The cancellation of the league with seven rounds to spare, in the wake of coronavirus, prompted the decision to suspend the relegation, promotion and crowning a new champion for the 2019-20 season.

It was also cited, the decision issued by FIFA preventing clubs from registering new players to replace those unwilling to extend their contracts until the end of the 2019-20 season, would result in most clubs having incomplete squads and create an inequal opportunities between competing clubs.

Meanwhile, UAEFA in partnership with the Pro League and the International Sports Convention (ISC), will organise a webinar, which is titled ‘Covid-19 and football, how to shape a new future,’ on Wednesday.

The webinar will be attended by the eminent personalities of the football fraternity from across the globe including AFC President Sheikh Salman Bin Ebrahim Al Khalifa and Dato Windsor John, general secretary of the AFC The conference is the first of its kind in the Middle East, and will be led by Sheikh Rashid Bin Humaid Al Nuaimi, President of the UAEFA.

The conference, which starts at two o’clock according to the the UAE time includes a presentation by Nigel Fletcher, Executive Director of the (ISC); followed by the opening speech by Sheikh Rashid and a speech by Sheikh Salman.