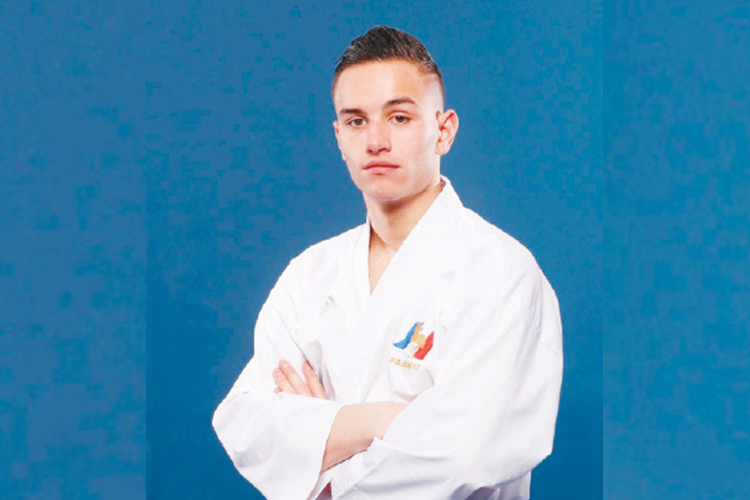 Top karate champions from across the world and region gave tips to the aspiring stars and shared their expertise at the game’s first-ever online Sharjah International Forum for Martial Sports held on Tuesday.

Sharjah International Forum for Martial Sports is being organised by Sharjah Club for Self-Defense Sports under the auspices of Sharjah Sports Council.

Headlining the forum were Steven Da Costa and Stanislav Horuna. They were joined by regional champions including Kuwaiti duo Salman Abdullah and Mohammad Abdullah.

UAE’s top-ranked karate player Ahmad Salim also shared his views about the game during the discussion.

France’s top performer Da Costa, who is already qualified to represent the nation at the next year’s 2021 Tokyo Olympics, said:” My secret of reaching the top position globally is that I did not stop at any achievement and get disappointed on my failures.

“Honestly, I looked always for the best. That was the motivation that made me train constantly with great determination with an only goal of reaching towards the top spot. Of course, there were tough times along the way, especially when I lost my fights. But that only gave made added motivation,” said the 2018 World Karate Championships gold medallist.

“I may have disappointed after a loss, but after every defeat I decided to focus even more, listen to the advice of my coaches and look confidently ahead towards the future.

“An Olympic medal is meant to be the pinnacle for any sportsperson, and at the moment everything that I am doing is to ensure I achieve that one goal,” Da Costa added.

Ukraine’s Horuna, who hogged the limelight after winning gold at the 2017 World Games and European Championships in the 75-kg division of the competitions, told the participants of the webinar that one of the keys towards the success is giving utmost respect to your rival.

“It is the duty of every player to respect his opponents first if he is to outperform his opponent. Another good habit is to gauge the strengths and weaknesses of a rival while bringing in a more scientific approach to the sport. And the most important aspect perhaps is to stay alert always,” Horuna added.

UAE’s Salim laid stress on training hard. “I never stopped training despite all the difficult circumstances during the pandemic.” Salim also hailed the role of Sharjah Club for Self-Defense Sports in promoting the sport.

Kuwaiti karate champions players Salman and Mohammed Abdullah emphasized that players should not get affected by difficult circumstances, including injuries or health conditions.

Tuesday’s webinar was the first in a series of four that have been scheduled twice a week while covering the four martial arts of karate, judo, taekwondo and jiu-jitsu.

The next webinar will be on Jiu-Jitsu with UAE national coach Ebrahim Al Hossani as the moderator on Thursday.