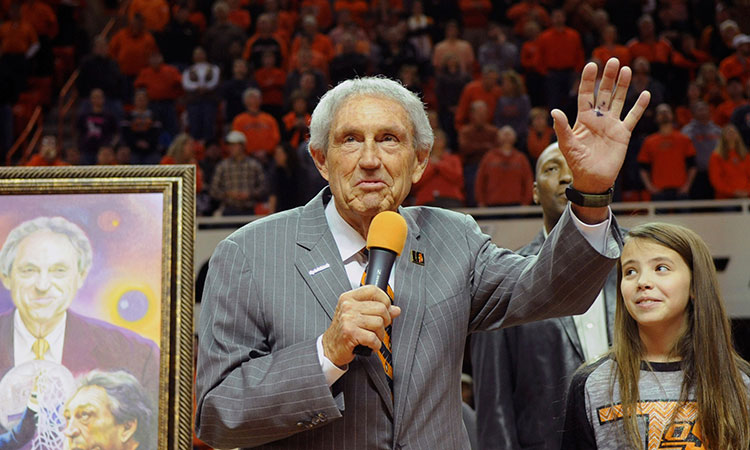 Eddie Sutton being honoured as the Hall of Fame basketball coach at an event. File/AP

Eddie Sutton waited so long to be inducted into the Naismith Memorial Basketball Hall of Fame. He couldn't hang on long enough to make it to the ceremony.

The man who led three teams to the Final Four and was the first coach to take four schools to the NCAA Tournament, died Saturday. He was 84.

Inaugural Dubai Basketball Classic to be held next year

Sutton’s family said in a statement he died of natural causes at home in the Tulsa, Oklahoma, area, surrounded by his three sons and their families. His wife, Patsy, died in 2013.

"Dad and Mom treated their players like family and always shared the belief that his teachings went beyond the basketball court,” the family wrote. "He cherished the time he spent at every school and appreciated the support of their loyal fans. He believed they deserved so much credit in the success of his programs.” 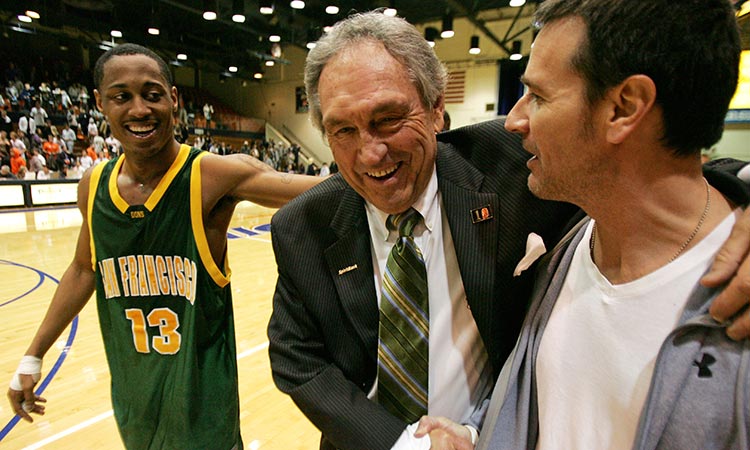 Elected to the Naismith Memorial Basketball Hall of Fame on April 3, Sutton fell short as a finalist six times before finally being selected. He had said he believed that a scandal that ended his stint at Kentucky was likely the culprit for his lengthy wait. The NCAA announced 18 allegations against the programme in 1988, and he resigned in 1989.

He certainly had a worthy resume. He was 806-328 in 37 seasons as a Division I head coach – not counting vacated victories or forfeited games – and made it to 25 NCAA Tournaments. He led Final Four squads at Arkansas in 1978 and Oklahoma State in 1995 and 2004. He took Creighton, Arkansas, Kentucky and Oklahoma State to the NCAA Tournament. He was Associated Press Coach of the Year in 1978 at Arkansas and in 1986 at Kentucky.

"Eddie Sutton was a fascinating and complicated person,” Chapman wrote in a tweet. "He also was an unbelievable teacher of the game of basketball. I was fortunate and lucky to have learned from him. Grateful.”

Sutton's retirement at Oklahoma State in 2006 came roughly three months after he took a medical leave following a traffic accident that resulted in charges of aggravated DUI, speeding and driving on the wrong side of the road. He pleaded no contest to the charges, received a one-year deferred sentence and was ordered to pay a fine.