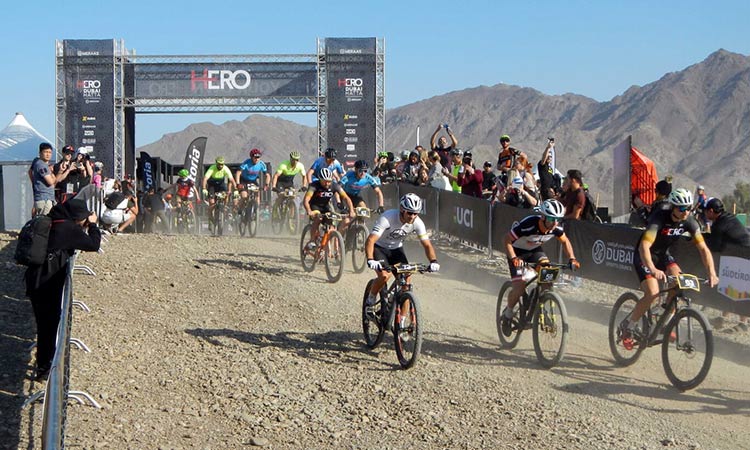 Hundred of athletes flocked to the starting line for the debut of the HERO Dubai on Friday.

More than four hundred athletes flocked to the starting line on Friday for the debut of the HERO Dubai, the first race of the international HERO World Series circuit.

The event took place at the Hatta Wadi Hub, set in Dubai’s breathtaking National Park. A clear sky was the background for the 50 fluttering flags, setting the scene for a constant crescendo of emotions, made even more alluring due to the natural backdrop of the event.

There were two routes to choose from: the first was a ‘long’, marathon one boasting 60 km and featuring 1,600 m elevation gain, featured in the UCI international calendar. 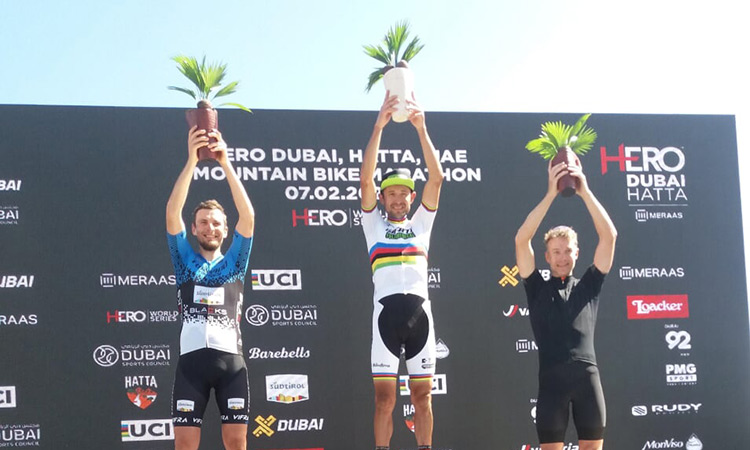 This route was chosen by some of the most important Elite male and female athletes on the international scene, competing to become the first Dubai Heroes. The second route is a ‘short’ one with 30 km and 800 m elevation gain.

Next up was Pruus Peeter (EST) from Team Torpado-Sudtirol MTB Pro Team with a 4,28-minute gap. The third on the podium was Hynek Kristian (CZE) from Team Future Cycling Nothwave coming in at 2:11.58,1.

“I know the route well,’ said Leonardo Paez, ‘so after the first bike park stretch, I went full steam ahead. The initial part is fairly technical as it is, and then I tackled the midway climb on my own. I had to get off and push the bike: sitting on the saddle is not an option on this terrain. I gave it my all as I did not know how much of an advantage I had over the other rivals.”

The Elite women also pulled out all the stops: just like their counterparts, they showed what stuff they are made of the 60 km route. 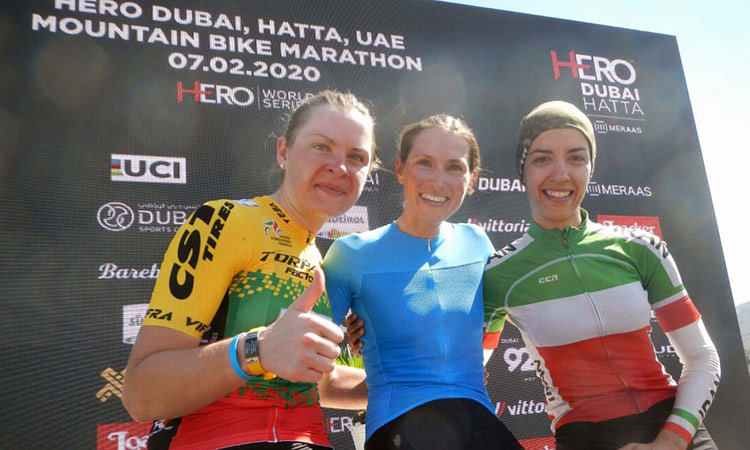 A blazing, golden star shot onto the podium of the HERO Dubai in the guise of Blaza Pintaric, representing Team Pintatim, coming in at 2:35.00,6. Following in her wake, Sosna Katazina (LIT) from Team Torpado-Südtirol MTB Pro Team registered a time of 2:39.54,6, preceding Partoazar Faranak (IRN) in third place from National Team, closing the event at 2:55.15,2.

“A really nice race,” says Blaza Pintaric, Slovenia, after cutting the finishing line. “I really had fun in this unique, amazing landscape. I pedalled beside Katazina for the first kilometres until the refreshment station.

“Then I pushed myself harder and faced the climb on my own. It was extremely difficult to pedal and keep on the saddle, so I had to get off the bike in some parts and push it. There was nobody else with me during the last kilometres, and I fully enjoyed the landscape on which I pedalled.”

During the Award Ceremony, the two winners, Paez and Pintaric, were awarded the Leader Medal of the HERO World Series 2020 circuit.