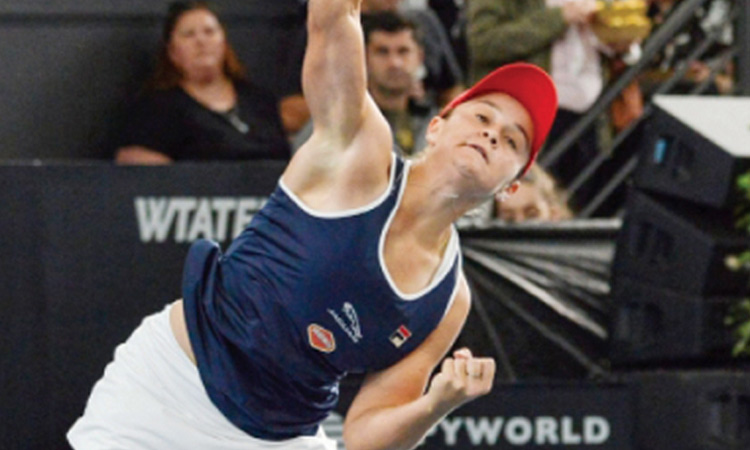 Ashleigh Barty won a re-match of last year’s French Open final Thursday as the Australian reached the semi-finals of the ATP-WTA Adelaide International.

Vondrousova was playing her first tournament in six months after injuring her left wrist.

She won the opening set with just one break, but was made to work in the second, saving four break points to hold on for 5-3 before putting away the win.

“I feel my game is getting better and better,” Barty said.

Barty, who also beat Collins on the way to her Paris trophy is expecting a battle in the semi-final.

There was a quarter-final shock for two-time Grand Slam winner Simona Halep, who heads into the Australian Open with room for improvement after being upset 6-4, 6-2 by Aryna Sabalenka.

The reigning Wimbledon champion and former world number one dropped serve five times and was flattened in the second set by her opponent from Belarus. The 71-minute rout leaves Halep standing 1-1 for the season with the first Grand Slam of the year starting on Monday in Melbourne.

Sabalenka will battle Dayana Yastremska on Friday for a place in the final after the Ukrainian 19-year-old beat a second top 20 opponent this week when she put out Croat Donna Vekic 6-4, 6-3.

“It feels great, we had a tough match and she played well,” Sabalenka said.

“I tried to stay focused on each point. “I don’t care about the Grand Slam, I’m just playing each match. “I didn’t care about the past, I stayed in the moment, that helped me to win.” Yastremska, ranked 24th, was thrilled to get past Vekic.

“This is as good as it gets for sure,” the 19-year-old said. “It was my best match ever on serve, one of my most solid of the year.

“He’s one of the hottest players right now,” the Canadian said.

The qualifier, who lost just seven points on serve, will face Tommy Paul of the US, who beat Spain’s Albert Ramos-Vinolas 6-3, 6-4.

There was only one break in each set of the evenly contested clash with Humbert winning 7-5, 6-4, clinching the victory with the Canadian’s sixth double fault. Humbert advanced to a semi-final showdown big-serving American John Isner who survived on his thunderous serve with an impressive 25 aces to overcome Kyle Edmund 7-6 (7/5), 7-6 (7/5) in the opening quarter-final.

Fifth-seed Benoit Paire battled through his third three-setter in as many matches to beat Australian John Millman 3-6, 6-1, 6-4. 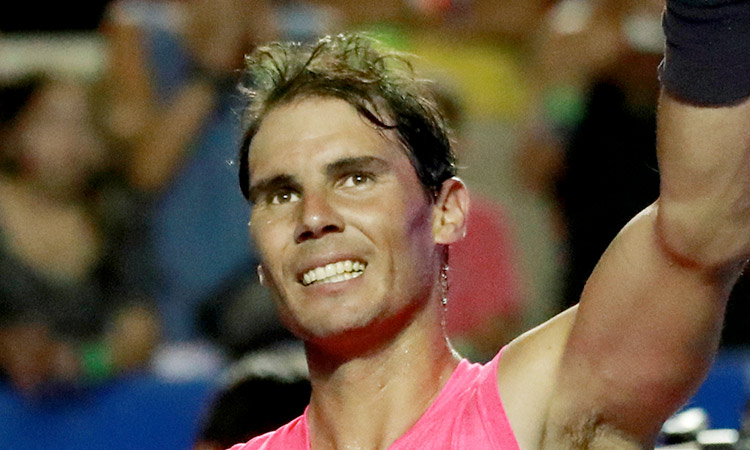