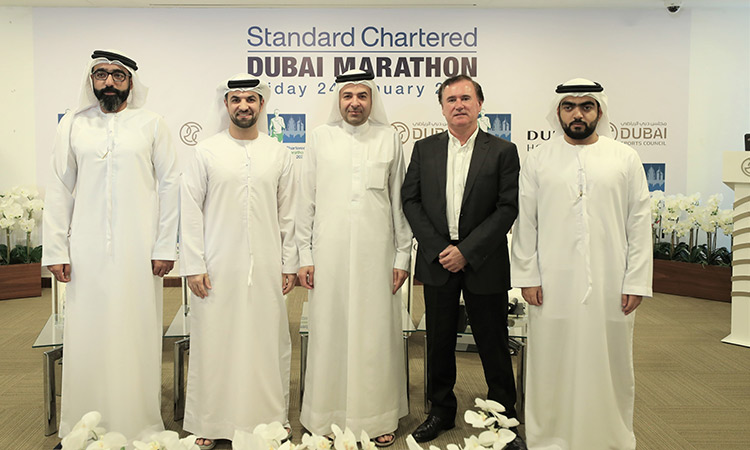 Dubai Sports Council and Dubai Holding urge UAE Nationals to show up in record numbers on Jan.24 at the start line on Jumeirah Beach Road.

Organised under the patronage of HH Sheikh Hamdan bin Mohammed bin Rashid Al Maktoum, Crown Prince of Dubai and Chairman of the Executive Council, and under the aegis of the Dubai Sports Council, the Standard Chartered Dubai Marathon is the largest mass participation sports event in the Middle East, attracting more than 30,000 participants every year.

Now in its 21st year, the Dubai Marathon, which is the first and only IAAF Gold Label Marathon in the Middle East, will see participants compete along the same iconic route on Jumeirah Beach Road as the past few years, with some of Dubai’s best-known landmarks, including the seven-star Burj Al Arab Hotel, providing the backdrop.

Competitors will be spread across three races – the 4km Fun Run, the hugely-popular 10km and the traditional Marathon - and runners of all abilities can still register through the official website, www.dubaimarathon.org.

More than 250,000 runners from more than 150 countries have participated in the Marathon since 2000, and organisers are expecting record-breaking numbers at the turnstiles this January 24.

“The Standard Chartered Dubai Marathon is the biggest mass-participation sports event in this part of the world, with the number of participants exceeding 30,000 in the past few years,” said Khalid Al Awar, Director of Dubai Sports Council’s Sports Events Department, at yesterday’s press conference at Dubai Sports Council.

“This year, however, we are expecting to breach the 50,000 mark in terms of participation. We are confident we can achieve that target because we have witnessed an increasing awareness about physical activity and fitness among both Emiratis and expatriates.

“Thanks to a number of initiatives launched under the guidance of His Highness Sheikh Hamdan bin Mohammed bin Rashid Al Maktoum, Crown Prince of Dubai and Chairman of the Executive Council and Dubai Sports Council, we have seen more and more people embrace a physically active lifestyle and take part in events in big numbers.

“We expect many of them to show up at the start line on January 24, to take part in the 21st running of the Standard Chartered Dubai Marathon, which will be Dubai’s first major sports event of 2020, a milestone year for Dubai and for the UAE.

“This is a year of celebration in Dubai and UAE, and I am confident we will start the celebrations with a huge party on Jumeirah Beach Road on January 24, with a record number of Emiratis taking part in the Marathon because, as the Dubai Holding campaign says, this is our city and our race.”

“Improving the wellbeing of our employees and our communities is a key focus for us and this year we are actively encouraging UAE Nationals to show their national pride and take part in the Dubai Marathon with our ‘#MyCity_MyRace’ campaign,” said Khalid Al Malik, Managing Director of Dubai Holding.

“The response we’ve received from government organizations, partners and running clubs with a high percentage of Emirati members and UAE national teams has been incredible. It is truly inspiring to see the Emirati youth get behind the campaign and help influence their communities on the benefits of having an active lifestyle.

“There is still time to register and I encourage all Emiratis both male and female and of all fitness levels to be part of this prestigious event.”

He continued: “We are optimistic about breaking the record for the highest number of UAE participants this year and look forward to celebrating the Emirati winners in the three categories the 10km, 42km and Wheelchair races. Our ultimate goal is to see a UAE National winning the Dubai Marathon main race.”

Event Director Connerton added: “Now in its 21st year, the Standard Chartered Dubai Marathon is staged for the city of Dubai and remains the biggest mass participation sporting event in the region. Staging it would not be possible without the support of our sponsors and partners, so it is a great boost to have the support of organisations such as Dubai Holding and the Dubai Sports Council.

“Dubai Holding is to be applauded for their encouragement of UAE Nationals through the ‘#My City_My Race’ campaign, while the Dubai Sports Council is one of our closest partners in helping stage an event that continues to go from strength to strength. We look forward to working closely with both bodies as we count down to the big day on Jan.24.” 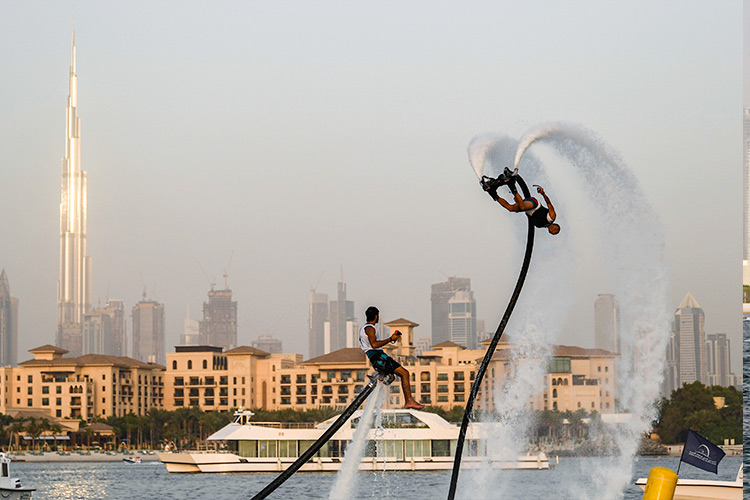 Dubai Sports Council has been meeting with local and international sports federations, and event organisers to discuss organising of sports events in the coming months. 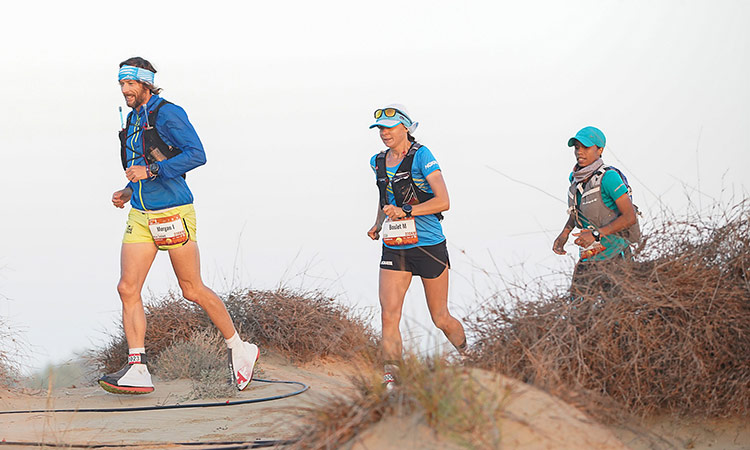 Organised under the umbrella of Dubai Sports Council, in association with Dubai Municipality and FittGROUP, the 50km Al Marmoom Ultramarathon will take place on Friday March 5 in Al Marmoom Desert Conservation Reserve.