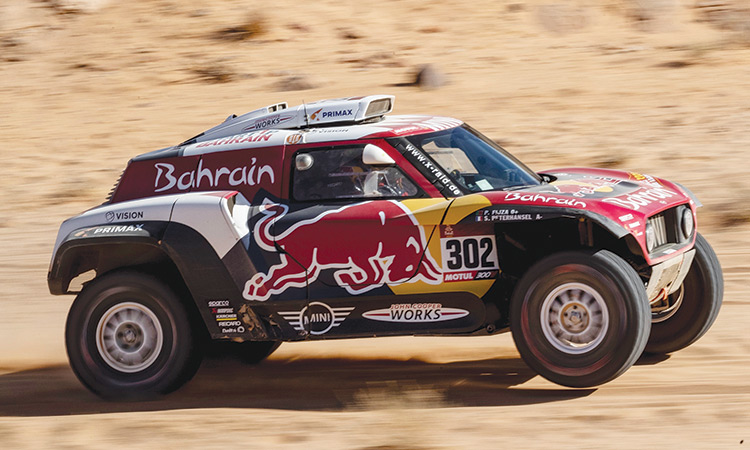 Mini’s Stephane Peterhansel and his Portuguese co-driver Paulo Fiuza in action during stage 4 of the Dakar Rally on Wednesday. Agence France-Presse

Frenchman Stephane Peterhansel, otherwise known as Mr Dakar for his 13 victories in the marathon rally, clocked his first stage win of the 2020 race during Wednesday’s 672 kms charge from Neom to Al Ula.

Peterhansel and his Portuguese navigator Paulo Fiuza threw their Mini across the rocks and sand that made up the greater part of the 453k special which also ran close to the historic Nabatean temples, to finish stage four in 4hr 14min 34sec.

At one point they made a wrong turn which cut away some of their lead but they still came home 2min 26sec ahead of defending champion Nasser Al Attiyah in his Toyota.

It was a defiant response from the Qatari who began the day with a three-minute penalty for not letting a rival through on stage three.

“It feels good after all that trouble in the first few days, even though we had a flat tyre and got lost once,” said Peterhansel.

“It wasn’t a flawless special, but it feels great to take the win.

“There were more stones than expected and the final 60 kilometres were really difficult.”

Overall leader Carlos Sainz, who pulled out a stunning drive to win on Tuesday, finished third more than seven minutes behind Peterhansel.

The Spaniard retains the overall lead and is 3:03 ahead of Attiyah and 11:42 in front of Peterhansel.

“Leading the charge was hard and Carlos lost some time, but he did an amazing job because it didn’t take him long to get back on track,” said Peterhansel.

He outpaced Attiyah’s Toyota Gazoo team-mates Giniel de Villiers and Bernhard ten Brinke, who make up the top eight in the standings.

Former Formula One world champion Fernando Alonso, who lost two and a half hours on Tuesday with a broken wheel and suspension, couldn’t reproduce his great drive on stage three, finishing 26 minutes behind Peterhansel who gave a ringing endorsement of the new Saudi setting for the race.

“This new Dakar is brilliant,” said the Frenchman. “It has all the ingredients — superb landscapes, tricky navigation and enough difficulties to make a selection.

“The organisers have been perfect so far.”

Chilean Jose Ignacio Cornejo Florimo won the bikes category and is third in the overall standings, 8:31 behind his American Honda team-mate Ricky Brabec.

Brabec retained the overall lead, two and a half minutes ahead of Argentine Kevin Benavides.

Britain’s Sam Sunderland was fastest on the stage, but then collected a five-minute penalty for speeding, dropping the KTM rider to eighth, with Chile’s Jose Ignacio Cornejo taking a first stage win instead for Honda. 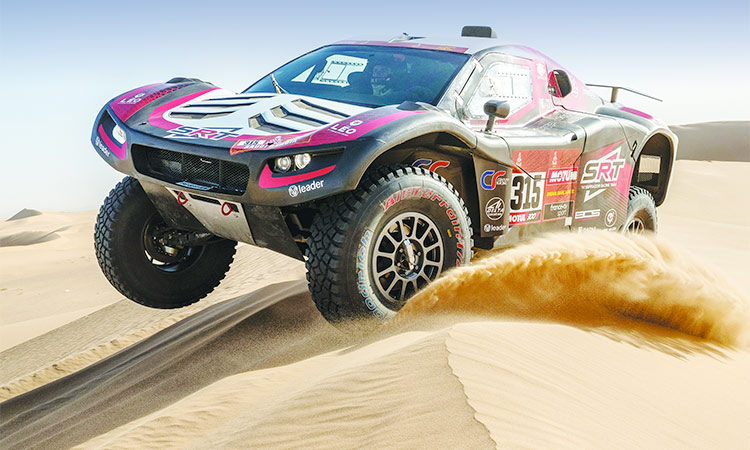 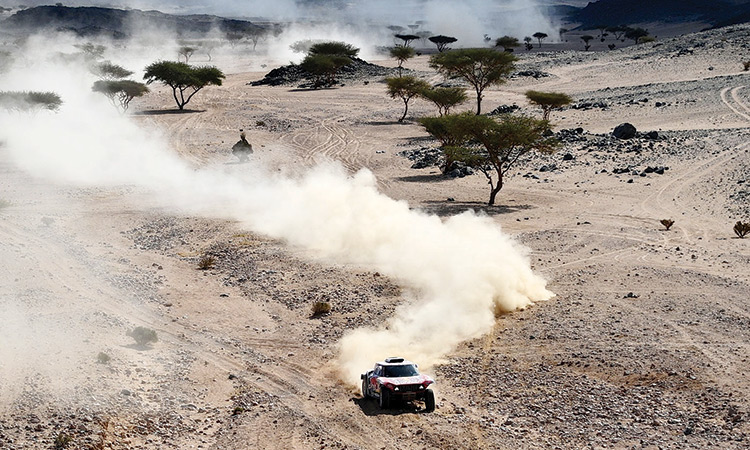 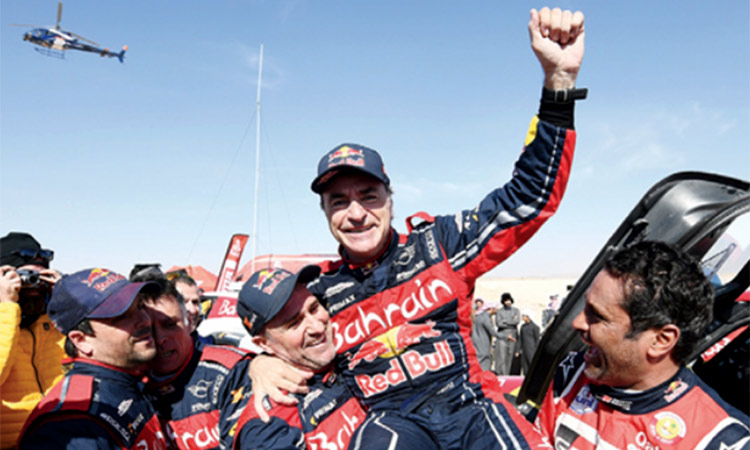