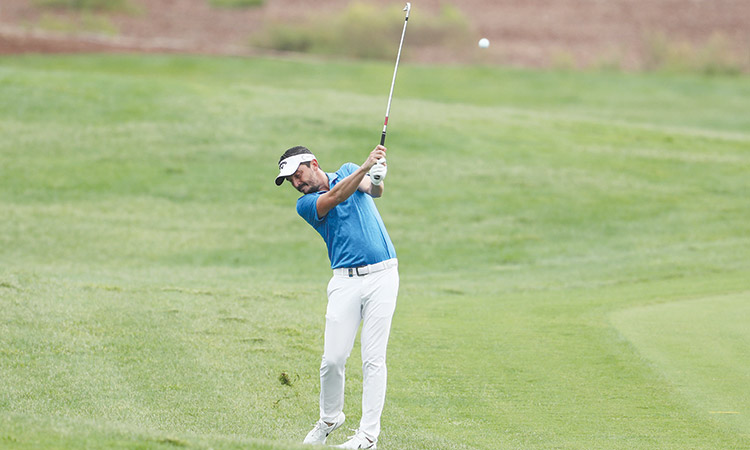 Mike Lorenzo-Vera plays a shot on the first hole during the first round of the DP World Tour Championship in Dubai on Thursday.

Mike Lorenzo-Vera lit up the Earth course on the opening day of the season-ending DP World Tour Championship, carding a spellbinding nine under par 63, the lowest opening round in tournament history, to take a one-shot lead into the second round.

The Frenchman, who is searching for a maiden European Tour victory, started quickly at Jumeirah Golf Estates by picking up three shots in his opening three holes with an impressive eagle on the second followed by a birdie at the third.


The 34 year old, who admitted not feeling his best physically, played the rest of the front nine at even par before truly coming alive down the stretch as he carded six birdies in his closing eight holes, including four in a row from 15 onwards.

“I’m not feeling well at all, I have no energy,” revealed Lorenzo-Vera. “I had a lung infection in South Africa which needed treatment.

“It was just one of those days where you try to put the ball in play. I played four holes yesterday as practice, and I felt that if I really relaxed a lot and tried to swing it 70 per cent or less that I could still hit the ball pretty well. I was clever and not too aggressive, and then the putter got hot.”

Two-time DP World Tour Championship winner, Rory McIlroy, was the nearest challenger to Lorenzo-Vera after posting an impressive eight under par 64 to sit one off the lead.

The Northern Irishman finished his round in style after producing a magical approach on the 18th which left a short eagle putt which he despatched to the delight of the packed crowds surrounding the green.

“The two shots I hit on the last are up there with the best shots I’ve played this year,” said the three-time Race to Dubai champion.

“I’m feeling comfortable with my game, I’ve felt that way for a while and I felt like today was more of the same.

“As much as it was a great finish, I felt like it was a very patient round of golf. You have to pick your spots around here to be aggressive and I did that well today.”

Jon Rahm (66) and Tommy Fleetwood (67) made early surges in the battle for the Race to Dubai, finishing their opening rounds in third and tied fourth place respectively.

The pair, who can both lift the Harry Vardon Trophy this week, heaped early pressure on Rankings leader Bernd Wiesberger, who is currently sits in tied 14th on two under par after a 70.

Meanwhile, eight golfers from the European Disabled Golf Association will take on the same course setup as the Race to Dubai’s top 50, Friday and Saturday for the inaugural EDGA Dubai Finale.

The players will tee off on the first tee in pairs, starting at 7.00am on each day with EDGA Scottish Open champion Brendan Lawlor among the favourites to lift the trophy.

The Prize Presentation will take place at 11.30am on Saturday.

Round two of the DP World Tou Championship commences at 8.40am.

The Race to Dubai, spanning 47 tournaments in 31 countries across five continents, is a season-long competition to crown the European Tour’s No 1 player.

Celebrating the global connectivity of Dubai and the European Tour, the list of champions since 2009 reads like a Who’s Who of modern-era greats, including the three-time winner McIlroy and Stenson with two titles, as well as Francesco Molinari, Tommy Fleetwood, Martin Kaymer, Luke Donald and Lee Westwood.

Formerly known as the Order of Merit, points are accumulated based on a tournament points system, with the five top-ranked players at the end of the season sharing a US$5 million Race to Dubai bonus pool which includes US$2 million for the winner. 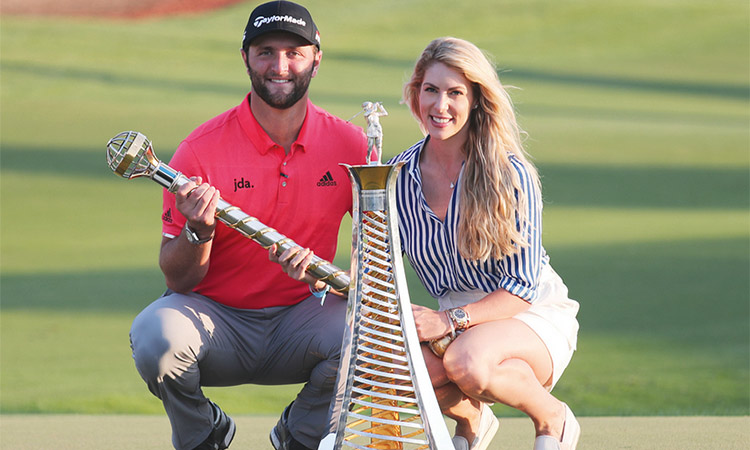 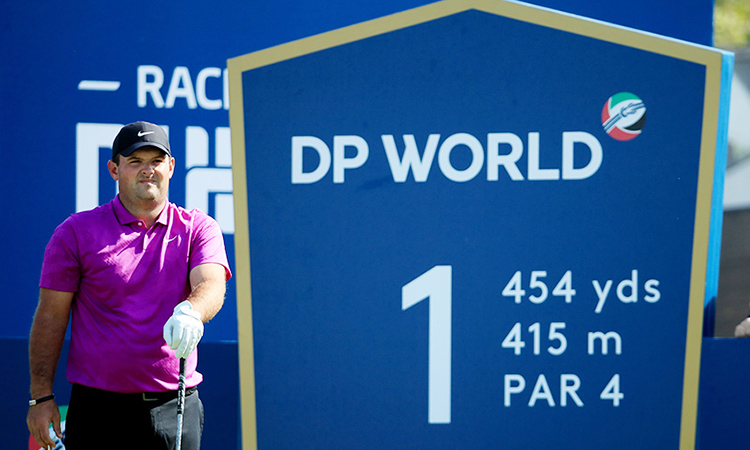 Patrick Reed will take a two-stroke lead into the weekend after a best-of-the-day eight under par 64 in the second round of the DP World Tour Championship at Jumeirah Golf Estates.