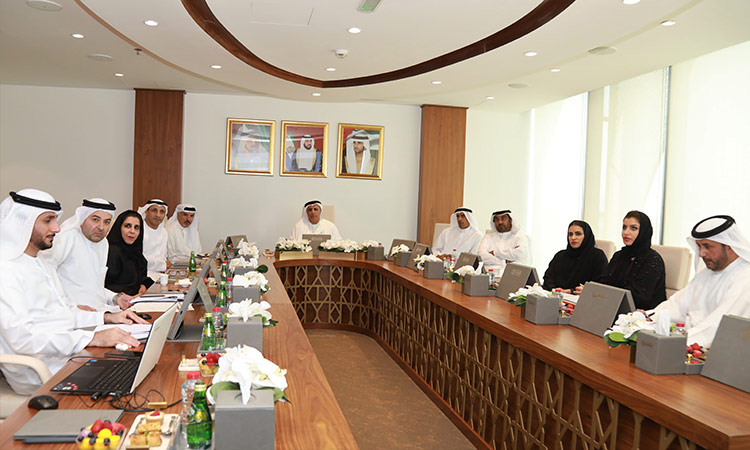 Officials of Dubai Sports Council gather for a meeting.

The Board of Directors of Dubai Sports Council (DSC) has thanked the country’s wise leadership for their guidance and generous support of UAE’s sports fraternity, which has allowed the sector to flourish and host the world’s top sporting events here.

Dubai is hosting two top international events this week – the biennial 9th World Para Athletics Championships, which has brought more than 1,500 athletes and officials from 122 countries to Dubai, and the annual Intercontinental Beach Soccer Cup, the biggest international beach soccer competition after the World Cup.

The invitation-only Intercontinental Beach Soccer Cup was born in Dubai and has been staged here every year since 2011, with eight of the world’s top teams competing for the coveted title. The 2019 World Para Athletics Championships is the biggest yet in terms of participation and this speaks volume of Dubai’s reputation as the preferred host of top sporting events.

Mattar Al Tayer, Vice Chairman of Dubai Sports Council, said: “We are happy to be hosting two top sporting events in Dubai this week, and we welcome all the athletes and officials who have come here from across the world for these two competitions.

“In additions to these two events, we will have the historic Dubai Run on Friday, which will see a section of Sheikh Zayed Road being turned into a running track for participants for the first time ever. We are also currently in the midst of the third season of Dubai Fitness Challenge and we are seeing members of our community participate in even greater numbers.

“Of course, our emergence as one of the world’s top sporting hubs is because of the guidance of our wise leadership and their generous support. We thank His Highness Sheikh Mohammed Bin Rashid Al Maktoum, Vice President and Prime Minister of UAE and Ruler of Dubai, and His Highness Sheikh Hamdan Bin Mohammed Bin Rashid Al Maktoum, Crown Prince of Dubai and Chairman of Dubai Sports Council, for their support and personal encouragement, which has seen Dubai become a top destination for international sports events and one of the most physically active places in the world.”

The meeting reviewed the report of Dubai’s football clubs and companies, which included detailed figures on the results of teams in different sports and the work of clubs and companies in the field of training players and the percentage of players progressing from the club's academies to the first team as well as national teams.

The Board of Directors confirmed the implementation of the directives of Sheikh Hamdan Bin Mohammed Bin Rashid Al Maktoum to appoint an Emirati assistant coach in the first team of every football company.

The Board of Directors also reviewed the report of the Audit and Governance Committee of the Board, which included an analysis of figures of what is being accomplished in the field of planning and implementation of all aspects of work and performance indicators.

The Board of Directors also reviewed the report of the Women’s Sports Committee, which included information on the achievements of the different sports events organised by the Committee, the most important of which was last month’s Sheikha Hind Women's Sports Tournament, which saw more than 1,000 participants from 50 government, semi-government and private sector entities. 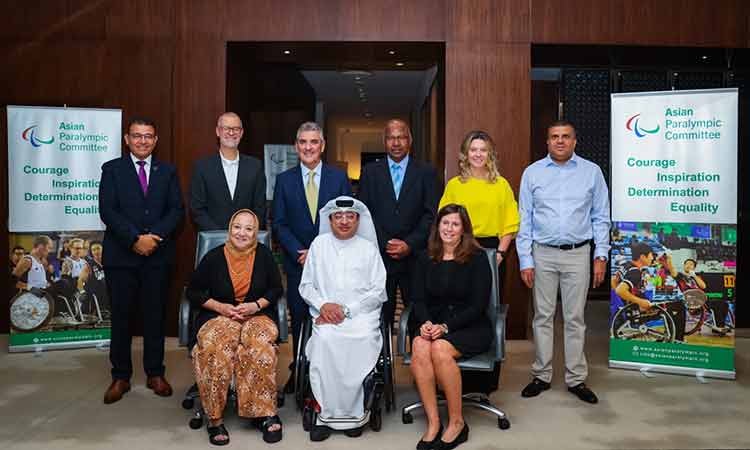 Nine officials including the Presidents of the five Regional Paralympic Organisations including Africas, Americas, European, Oceania and Asian Paralympic Committee attended the day-long meeting that was opened by APC President Majid Rashed. 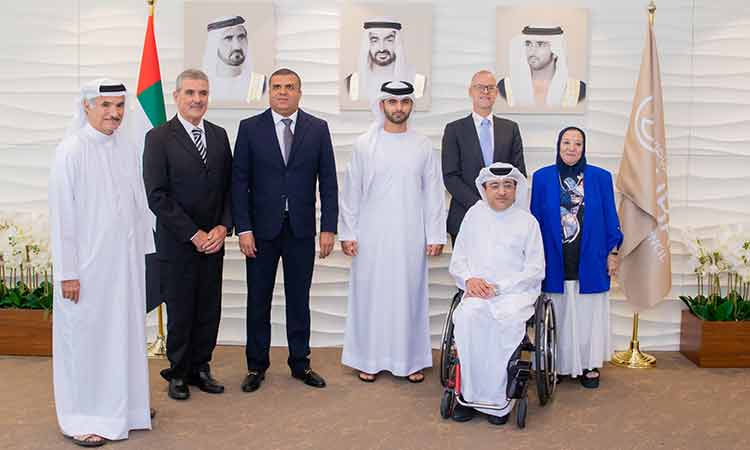 Sheikh Mansoor said that the UAE is among the leading nations in promoting the inclusion of People of Determination and has become a prominent hub for hosting international sporting events and championships for Para-athletes.