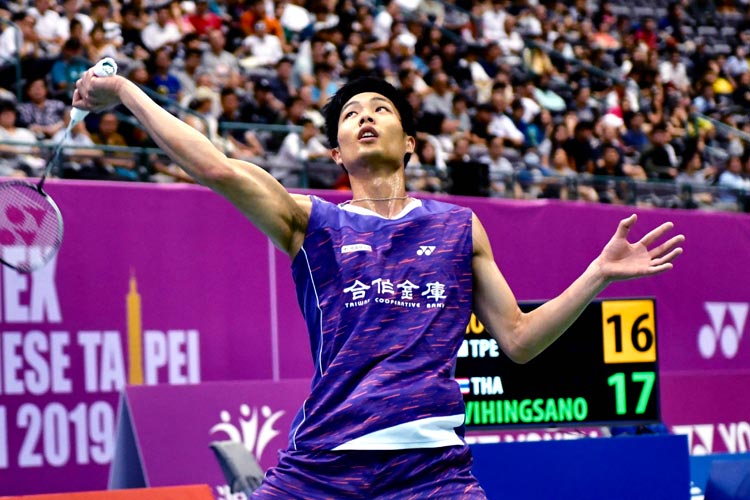 World No.2 badminton player Chou Tien-chen of Taiwan playing a shot during the 2019 Yonex Open badminton tournament in Taipei. AFP.

The soft-spoken and boyish Chou Tien-chen, known for pointing to heaven to thank God at the end of a match, parted ways with his trainer early this year. Since then the world No.2 has been on a hot streak, winning the men's singles at July's Indonesia Open to claim his first title in a Super 1000 level event.

The 29-year-old is taking the unusual step of gearing up for the 2020 Olympics without a coach, with his longtime physio and confidante shepherding him towards Tokyo gold.

"I do a lot of homework a coach does before a game and spend more time analysing opponents and what I should do under what circumstances," he said at a recent practice session in Taipei. Cheering him on from the sidelines has been physiotherapist Victoria Kao, who has shouldered some of the traditional roles of a coach by acting as Chou's mentor, cheerleader and chief critic.

Kao accompanies her charge on and off the court, handing him drinks during match intervals and chaperoning him at charity events. She says her main job is to "maintain his health and character" in a training regimen that includes pilates and belly dancing sessions.

But Kao said she also has a duty to keep Chou grounded in the wake of his recent winning form. "I will pour cold water on him and tell him it's just one victory, it's over and you need to calm down," she says. "But when there are setbacks I will tell him it's okay — embrace your dreams and persist — to try to lift him up emotionally." 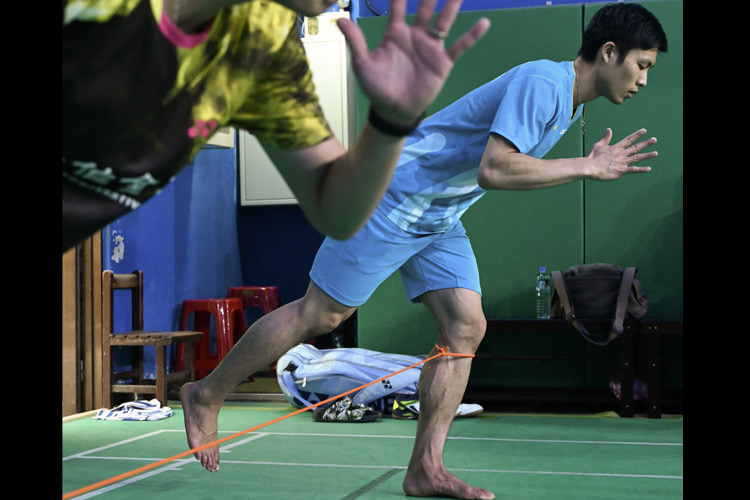 Chou Tien-chen is taking the unusual step of gearing up for the 2020 Olympics without a coach. AFP.

Competing in professional badminton without a personal coach is almost unheard of among top players from the sport's traditional Asian powerhouses. Chou still has access to the Taiwanese coaching team, and regularly consults experts including a retired physics professor on improving his form.

But his decision to take tactical matters into his own hands, with Kao's support, has earned him a series of wins on this year's tour. He triumphed at the Thailand Open two weeks after his Jakarta victory and took a record third title at the Taipei Open in September in front of rapturous home crowd.

It was in Taipei four years ago that Chou saw off Chinese great Lin Dan in the semi-final and established himself as one of the world's best despite his ultimate loss to Chen Long, who eventually snared Olympic gold at Rio.

Chou hopes to match Chen's feat next year in Tokyo but says he faces an uphill battle. "There are still a lot of things I need to learn, to improve," he says. "I can't stay at where I am now."

Chou credits his current streak to a self-awareness that he lacked when he was younger — something that changed after a health scare in 2013 during a bout of appendicitis. He dismissed his stomach pains as an anxiety attack and flew to India for a tournament before he was rushed back to Taiwan for surgery. He was told it nearly developed into a life-threatening peritonitis. 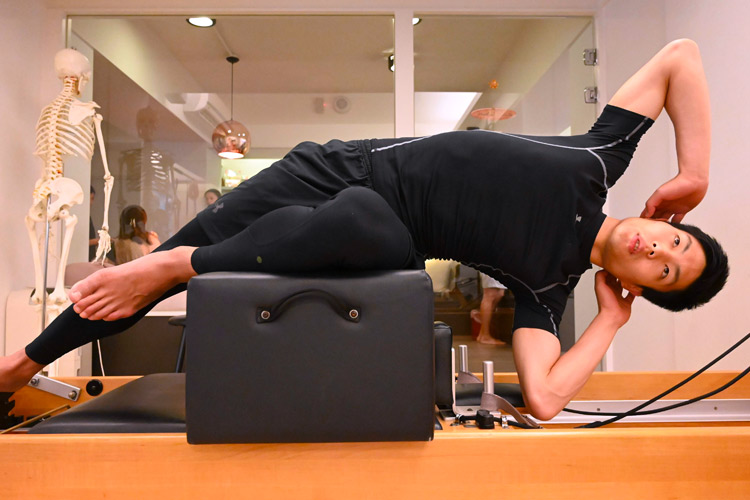 "I was a relatively proud person and didn't pay attention to the information other people tried to give me... but I've come to realise that I can gain more when I am humble," he says.

The sudden death of Korean Olympic medallist Chung Jae-sung last year also prompted a bout of soul-searching. Off the court he has devoted himself to charity including work with special needs children and teaching badminton to kids in remote parts of Taiwan.

"Life is short so I want to do more things, to contribute more," he said.