VIDEO: Boyfriend proposes to Australia woman cricketer on the field 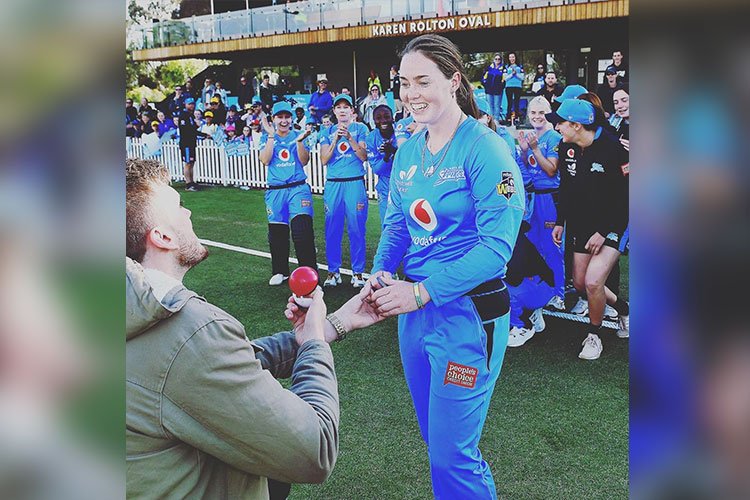 Tayler McKechnie went on his knees to propose to Amanda Jade-Wellington.

Adelaide Strikers cricketer Amanda Jade-Wellington was on Saturday pleasantly surprised when her boyfriend proposed marriage to her on the cricket field after a Women's Big Bash League match against Melbourne Renegades.

The leg-spinner was celebrating her team's victory over Renegades when her boyfriend, Tayler McKechnie, entered the field and went down on his knees to propose to her, a video of which was shared on social media by Adelaide Strikers.

The 22-year-old Amanda was seen saying "yes" as her teammates egged the couple on in the background.

"When I saw him on the field, I just thought, 'get off, we're trying to take a team photo'. I had no idea what was really happening, but I'm so happy... I'm still shaking," Amanda was quoted as saying by The Advertiser.