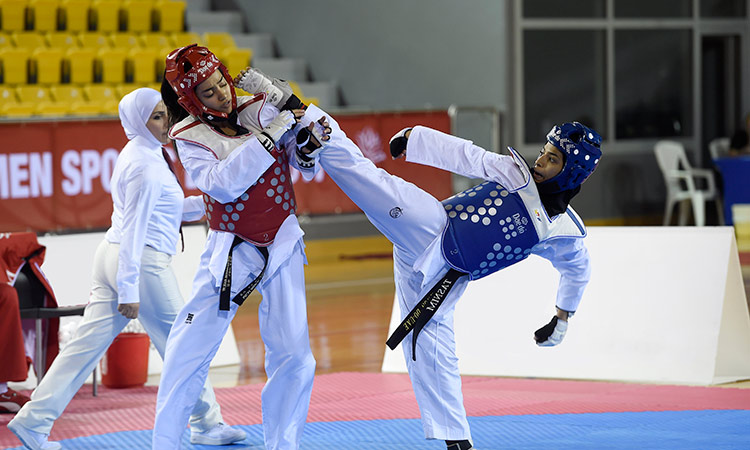 Sheikh Ahmed Bin Mohammed Bin Rashid Al Maktoum, President of the National Olympic Committee, delivered a message to the UAE girls ahead of the 6th GCC Women's Games hosted by Kuwait (Oct.20-30 October). About 180 individuals, 137 of whom are females, will represent the UAE in nine individual and team sports.

“The nation accustomed to achievements by its citizens always deserves continuous efforts to maintain its leading role and uphold its tall reputation. We are heading to this competition with full confidence that our girls are capable of representing the country and raising the flag high on the podiums, and bring medals back home,” said Sheikh Ahmed.

“Our girls are well aware of what it takes to represent the nation and compete against their GCC peers. The games offer a chance to gain experience and benefit and open the way for refined performance in future,” added Sheikh Ahmed.

He also praised the support of UAE’s leadership to women's sports as well as the unlimited support of Her Highness Sheikha Fatima Bint Mubarak President of the General Women's Union and President of the Supreme Council for Motherhood and Childhood Family development "Mother of the UAE".

“No doubt the keenness of leadership to the success of the women's sports sector puts our daughters under a constant challenge to achieve the desired goals. We in the National Olympic Committee stand with them side-by-side to achieve those noble goals in the name of the country,” concluded Sheikh Ahmed.

The Taekwondo team comprises of Suhail Mukhaini, Souad Rashed Al Masmari, Badria Mohamed Mualla, and Tasneem Saeed Hadrami, in addition to Abdullah Sorour as a coach, and Ali Ismail Sabri as an official. 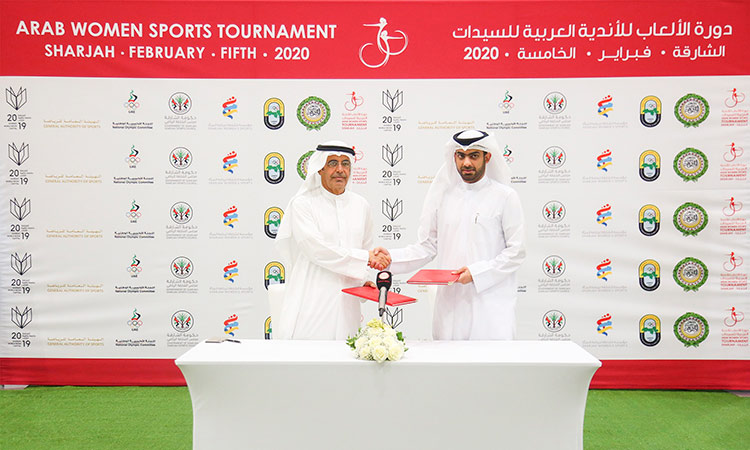 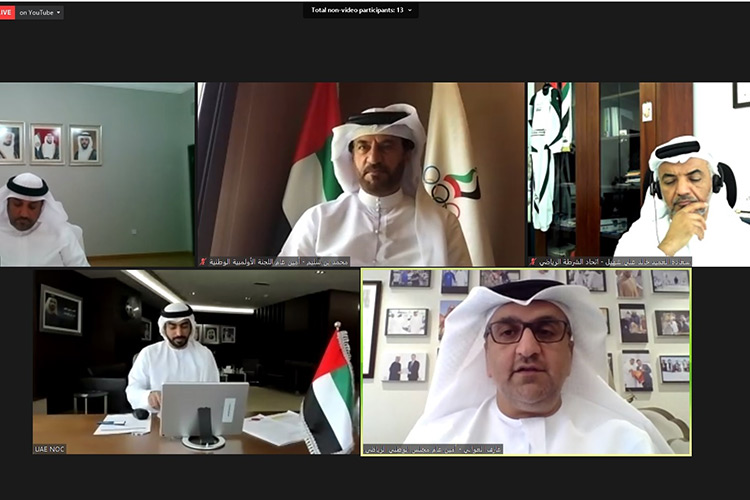 Initiatives launched during the event, which was attended by 500 followers from sports and media organisations, were focused on the launch of the university Olympics, Olympic heritage and foreign communities Olympics.