Avilius gets his spring on track with George Main Stakes victory 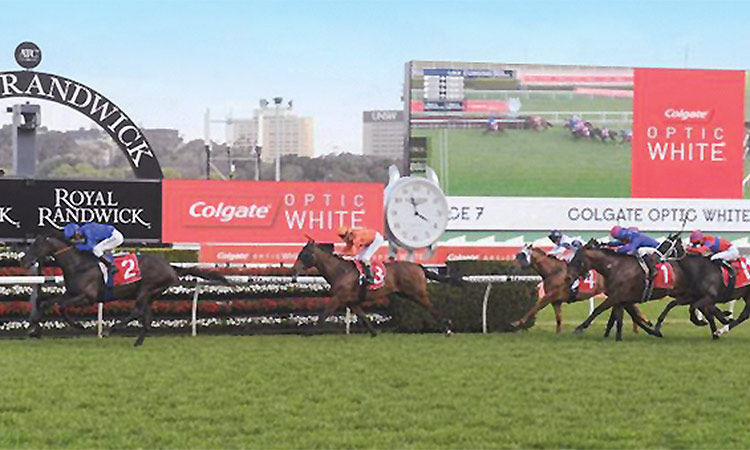 Horses in action during George Main Stakes at Randwick on Saturday.

An airborne Avilius delivered the third G1 victory of his career along with a promise of more to come with a comprehensive win in the George Main Stakes at Randwick on Saturday.

The success, the highlight of a three-state Godolphin Stakes treble, confirmed Avilius is on track for some of Australia’s biggest races, with the G1 Caulfield Cup or the G1 WS Cox Plate – or both – now firmly on his agenda.

“It’s great to see him picking up a G1 today on the way to those bigger targets,” said an elated trainer James Cummings.

“He’s airborne that was a Cox Plate effort today but his first-up run suggested he’s more of a Caulfield Cup horse, so we’ve got some thinking to do.”

Avilius won two races in France and has added nine more victories in Australia, finishing off his previous preparation with a pair of G1s.

He opened his latest campaign with a fourth placing over an insufficient 1400m and then finished second over 1600m, the same trip as his latest success.

With a softer racing surface in the George Main Avilius always looked comfortable, despite giving the entire field a start at the 500m when jockey Kerrin McEvoy began the move that led to his 2-1/4-length defeat of Dreamforce and Happy Clapper.

Track conditions may well influence Avilius’ future goals, but Cummings regards his latest effort as a sign of the horse’s ability to be effective in all conditions.

“You can’t really expect to get a wet track at Flemington next start, and if that’s where he’s going to line up then he’s going to have to perform on top of the ground,” he said.

“He’s done that before and I’ve got confidence in him to do it again. I’m very, very proud of him to see him put Dreamforce away and demonstrate that turn of foot at weight-for-age level that we’ve come to expect. He’s on the path we needed to see him on.”

Avilius’ was joined in Stakes’ victory by Manicure who landed the G3 How Now Stakes at Caulfield at her first start left-handed and the first for her jockey Rachel King in her first ride at the Melbourne track, while Soothing took out the Listed WH Wylie Handicap in Adelaide.

Manicure, already a Listed winner, proved far too strong for Angelic Ruler to win by 1-1/2 lengths.